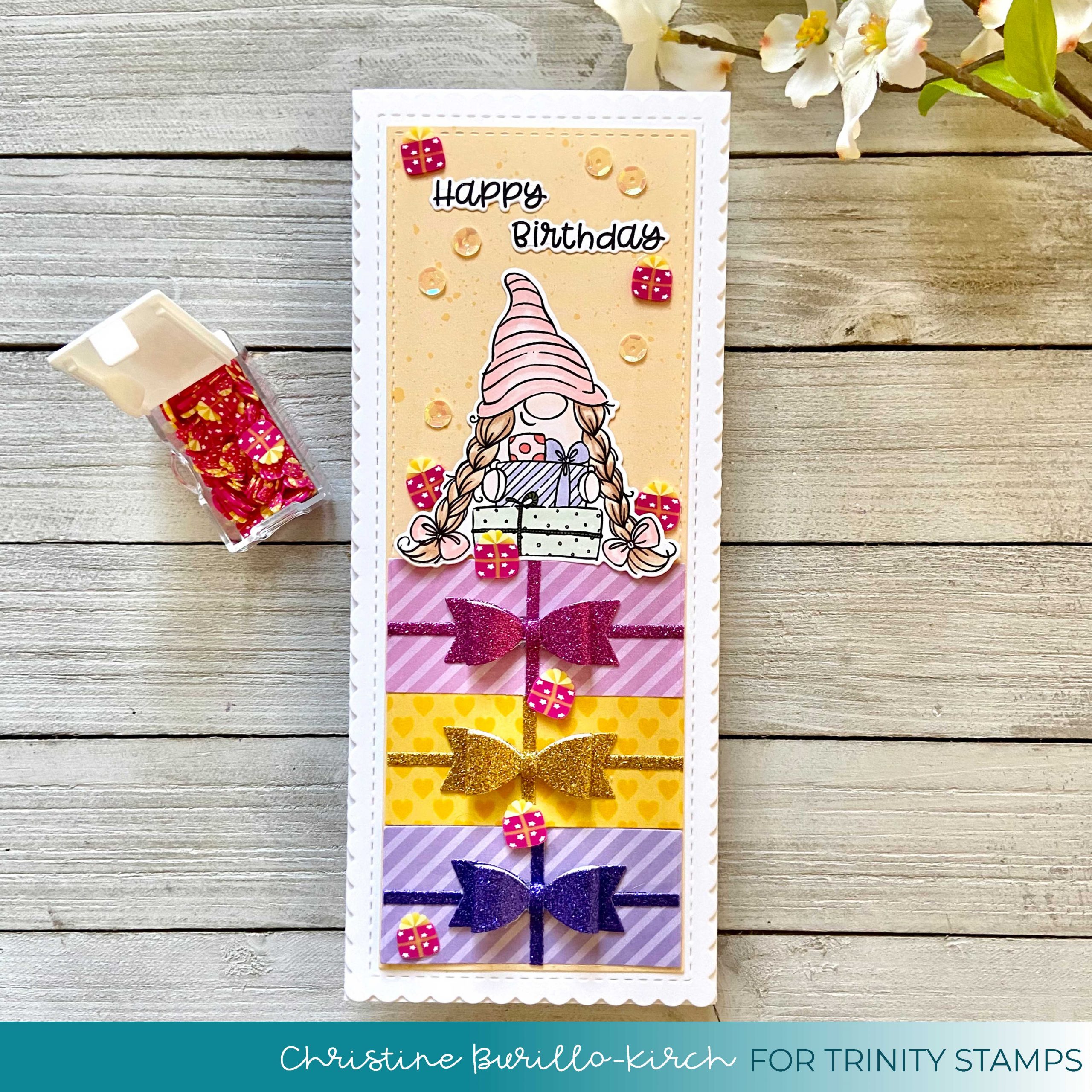 Hello there, Christine here with a birthday slimline card featuring the Just For You stamp & die, Bunch of Bows die, Slimline Staggered Rectangles die and Slimline Card Series Scalloped Card Panels die set.  I was inspired by a large slimline Christmas Present card that Katie Brooks made during December of last year and thought I would use the Slimline Staggered Rectangles die to create little birthday presents.

First, I die cut a slimline panel with the Slimline Card Series Scalloped Card Panels die set out of 110lb Neenah Solar White cardstock. I then cut the materials ( 3 pieces needed) to make several bows out of glitter cardstock (no specific brand, just what I had in my stash) with the Bunch of Bows die.  Also as shown below, I used the Slimline Staggered Rectangles die to cut rectangles out of several of the Trinity Stamps slimline paper pads. 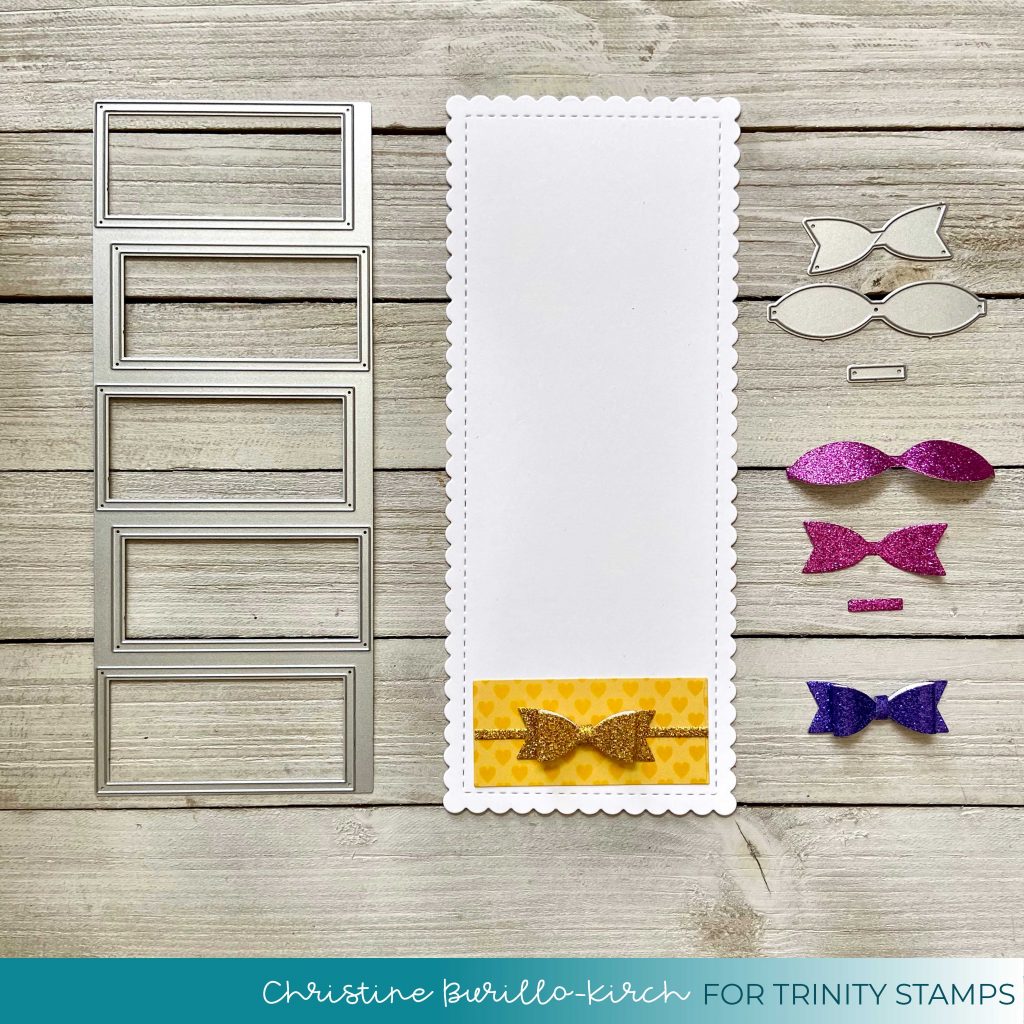 I glued all the components of each bow together with hot glue, as the glitter cardstock was too heavyweight for normal adhesive.  I then glued each bow and ribbon to each package.  I added a smaller slimline panel cut from yellow cardstock on top of the scalloped panel to create some color variation.  I used the Just For You stamp & die to cut out the adorable gnome and sentiment.  I kept the coloring very simple and used the following copics: R20 & R00 for the hat & bows, E31 and E34 for the hair, E000 for the skin tone, V22, V20, YG67, YG61, R00 and R14 for the packages. 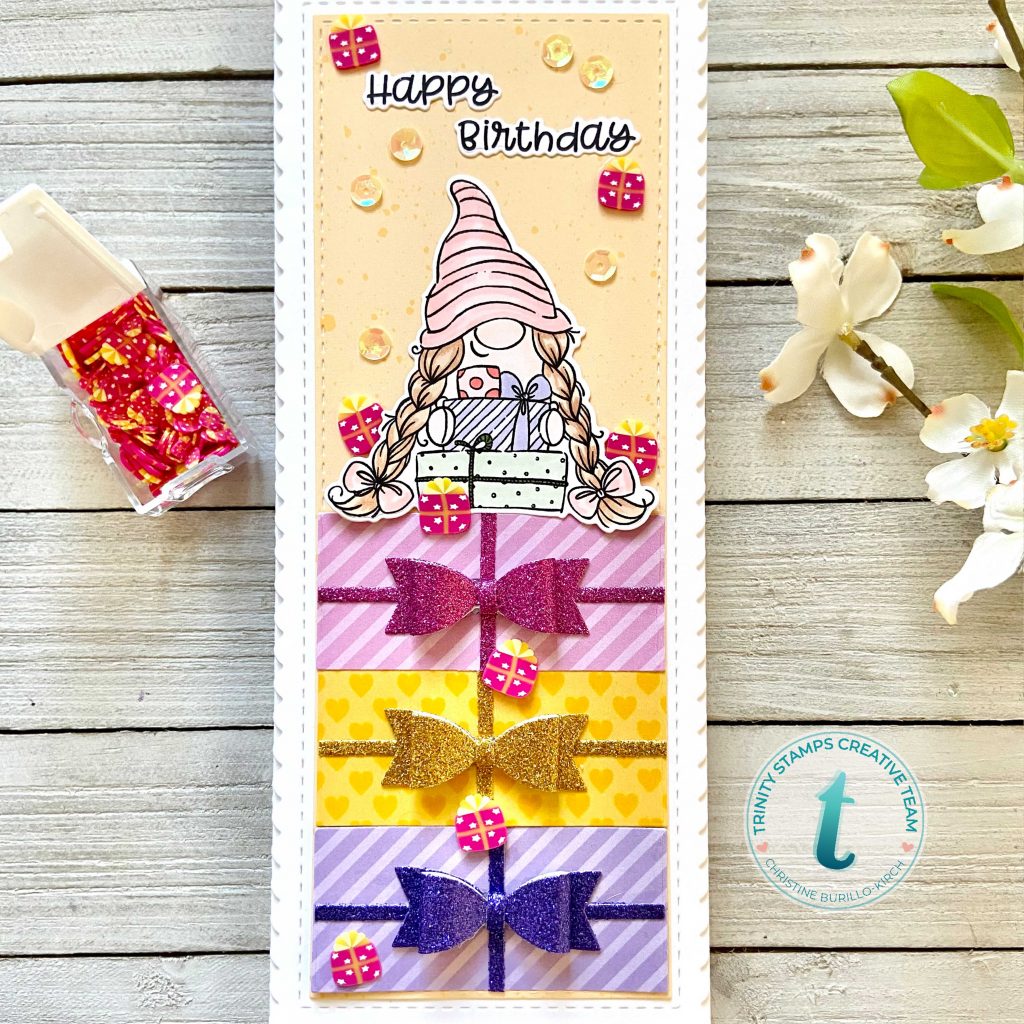 Adding some embellishments to the card just added a bit more interest and movement to the card.  Here is a different angle to capture all of the shine and glitter from the glitter cardstock. 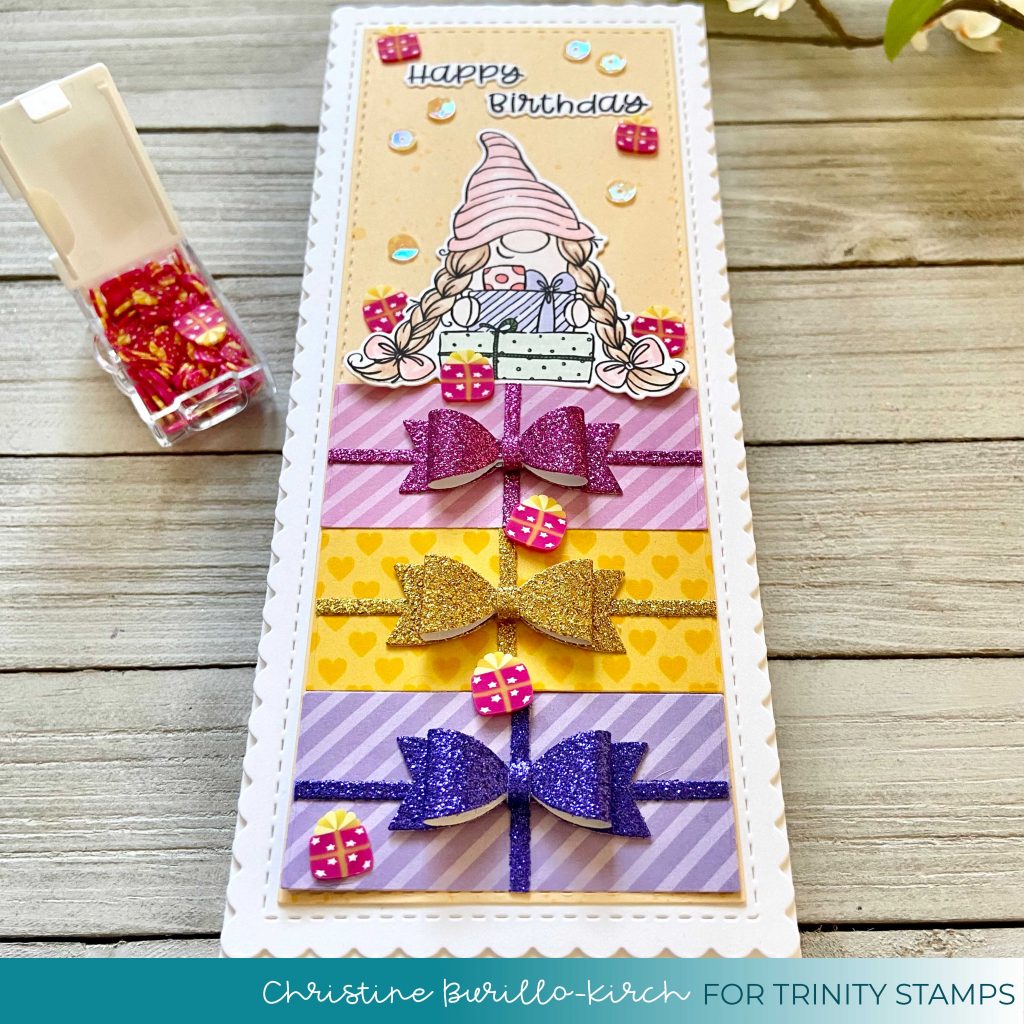 Thank you so much for stopping by! Have a wonderful day! 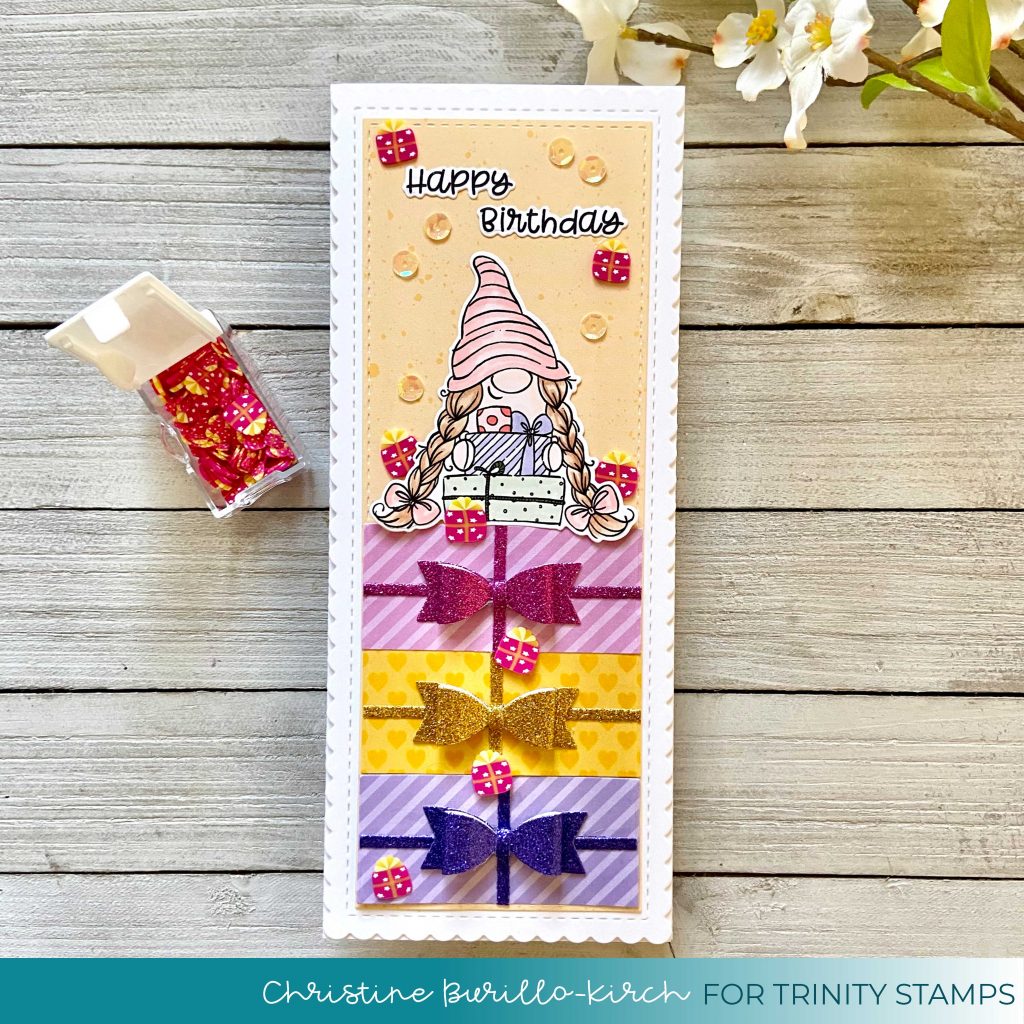