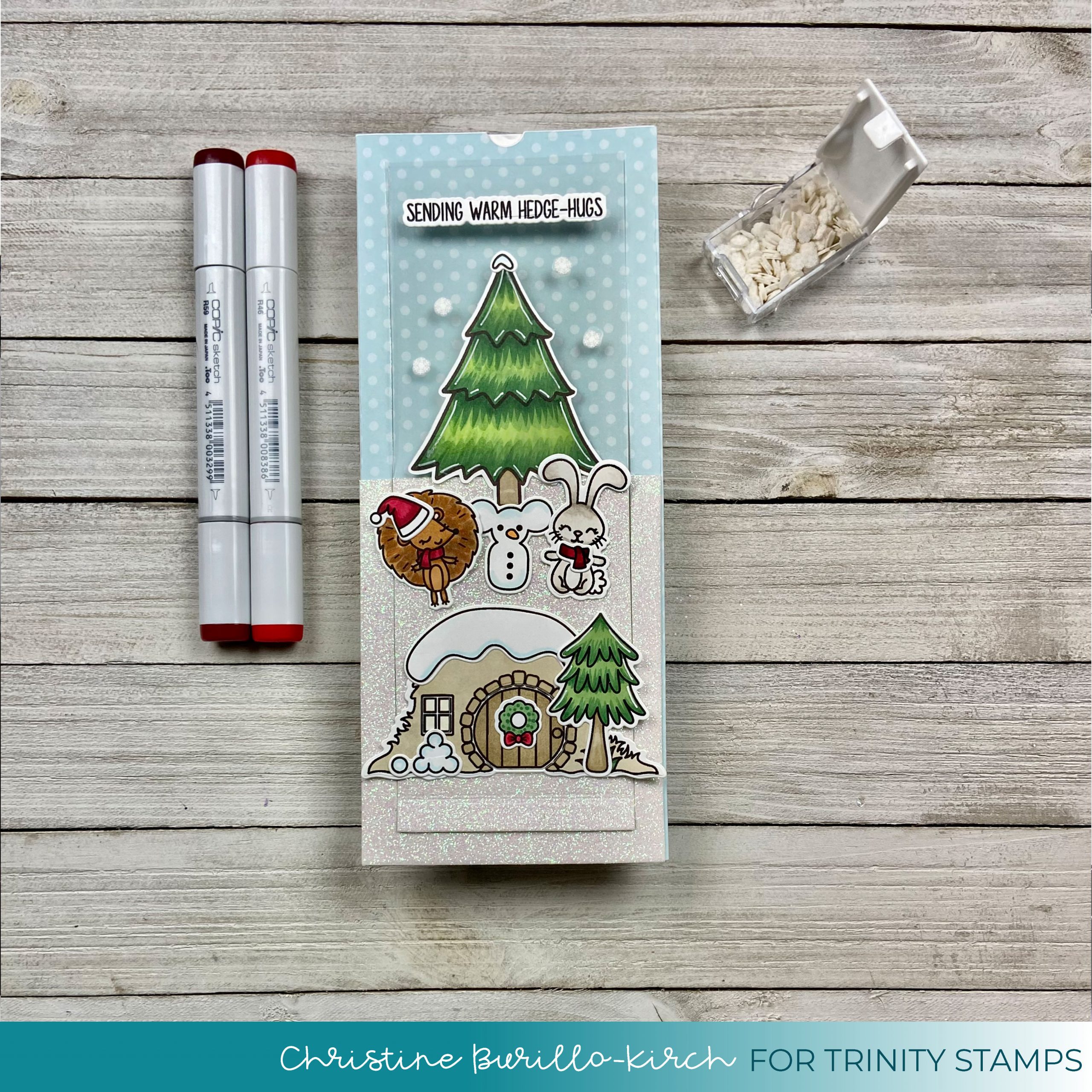 The Slimline Surprises Die set has the main mechanism for creating a large slider slimline, but it also has 2 dies that can create a rip strip for a slimline card and an A2 card as well as a tag top die that can create a tag of any length.  In the photo below, I’m showing the 5 individual dies that I will use to create various parts of the card today.

The rip strip dies are easy to use, and I have more details on the video where you can see it in action.  I die cut the rip strip into the slimline tag, put double-sided adhesive tape around all the edges and taped in a gift card from Starbucks.  Using 80 lb cardstock worked best for making the rip strip.

I prepared the mechanism for the slider by die cutting a tab and the slider mechanism (I die cut the mechanism out of 110lb cardstock, a sheet from Slimline Paper Pad-Winter Hues,, some glitter cardstock and from acetate)  Only place adhesive on the very bottom of the mechanism and the sides so that the tab can move freely.

I die cut all the images from Winter Burrow stamp & dies and copic colored them simply.  I adhered everything in place (you will only want to adhere items to the lower half of the sliding panel.

Thank you so much for stopping by- I hope that this post and the accompanying video provided more insight into the the Slimline Surprises Die set.