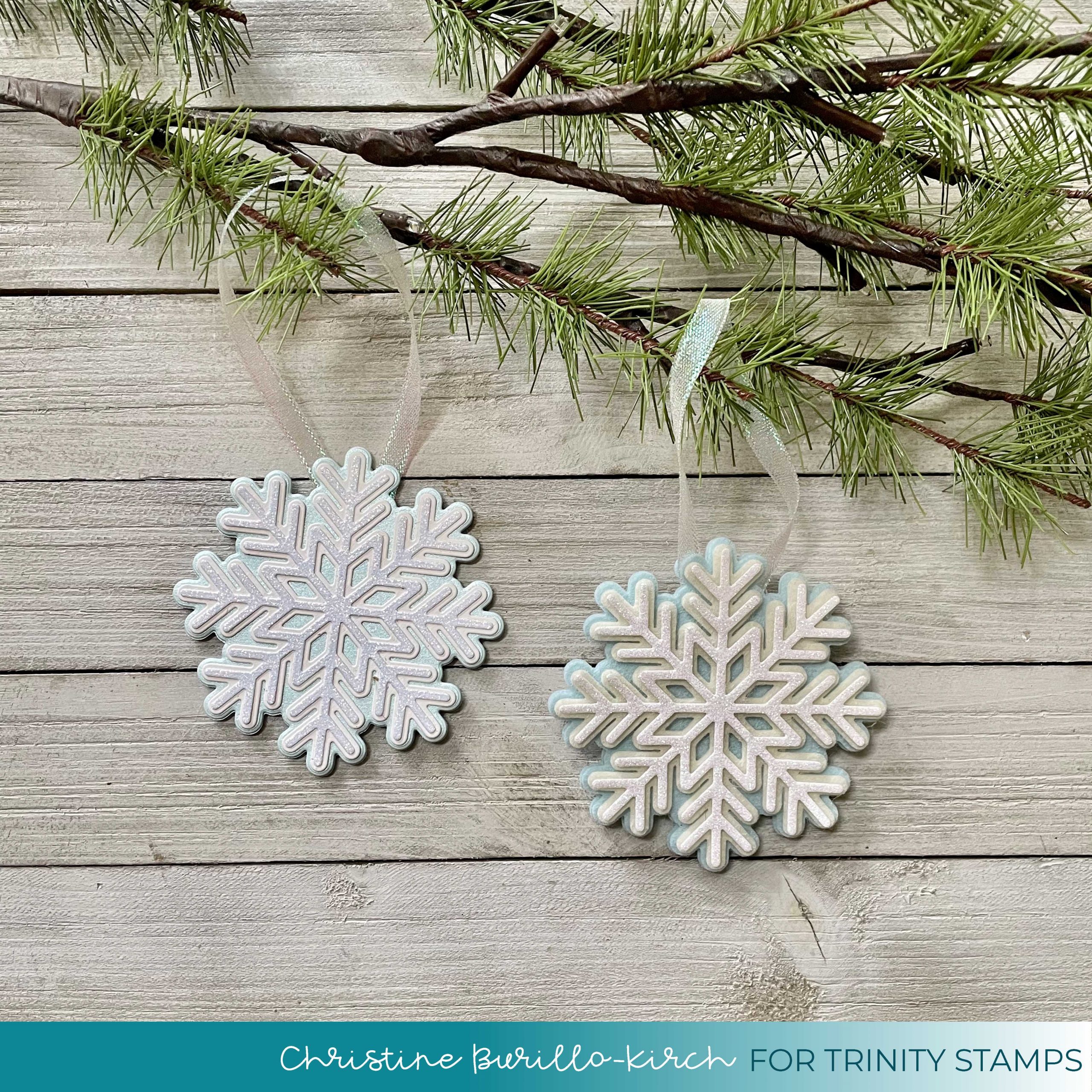 Hello there, Christine here with an “anything but a card” blog post. I love to make ornaments each year and I thought the new Big Snowflake Cut and Foil die set lended itself wonderfully to this type of project.

I have lots of different colors of felt, so I decided to make a snowflake out of felt and a separate one wholly out of paper. You could totally make an ornament out of a mixture of cardstock and felt as well- the sky is the limit. I tried to keep both the cardstock version and the felt version in similar hues- white glitter, ivory and sea glass blue.

I simply die cut a bunch felt and cardstock snowflakes and once I had an arrangement that I liked, I glued them together with Gina K connect glue. I used hot glue to attach the ribbon.

I thought it would be fun to make the ornament part of a card as well and I’ll share the photo tomorrow. Basically, I took the largest die from the Big Snowflake Cut & Foil die set, and die cut a snowflake into an A2 panel. This provides a slot for the ornament to fit in. I then created a sentiment strip that helps to immobilize the ornament so that it doesn’t fall out of its slot. Using the paper ornament totally allows you to ship the ornament/card in the mail- its not too bulky!

I hope that this inspires you to make some ornaments!