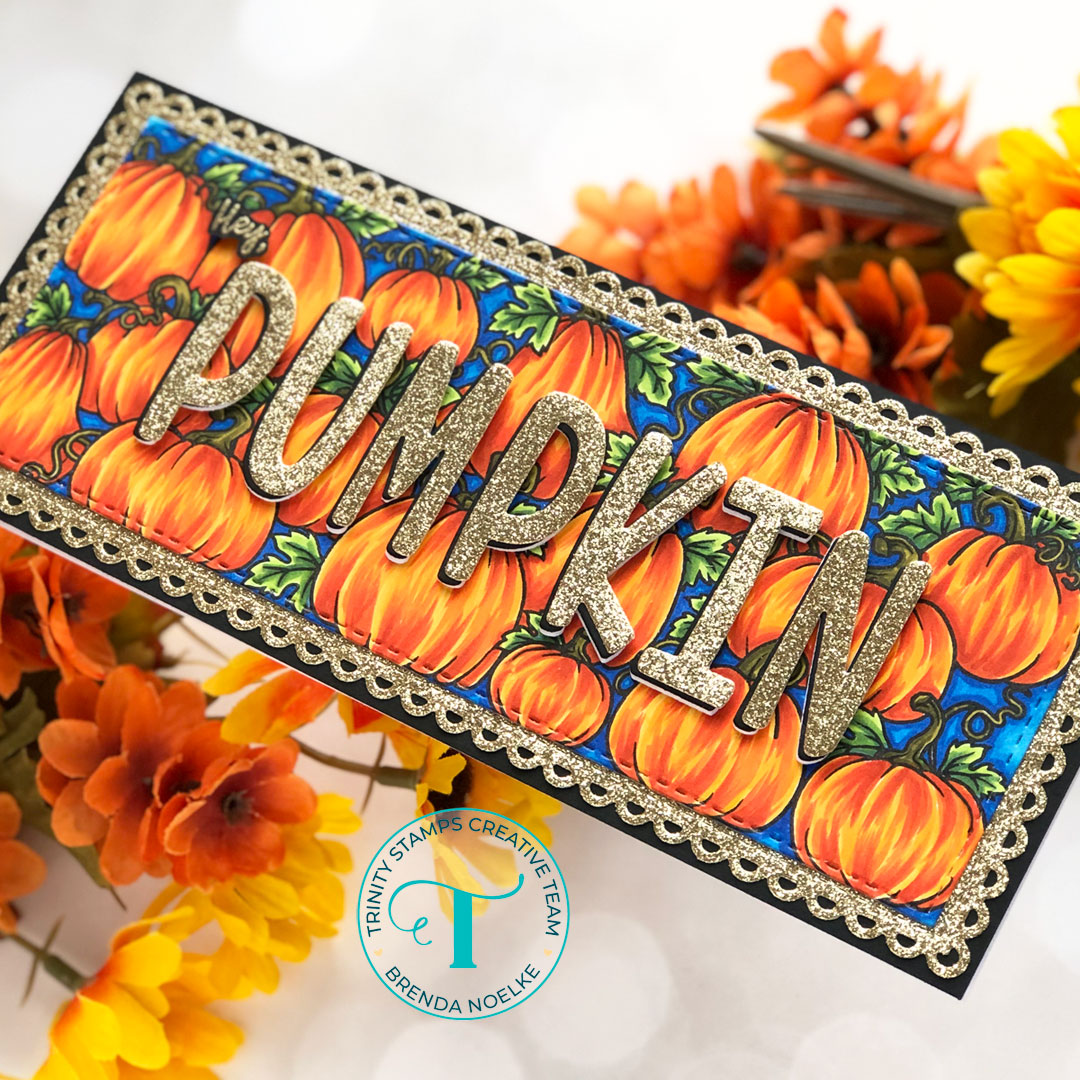 Hello, friends and happy Fri-YAY!! I hope you have some crafty plans this weekend!!

If you follow me, you know that I LOVE to color!! Well, when I saw the Pick of the Patch Stamp Set from Trinity Stamps, I couldn’t wait to get my hands on it!!

I began by stamping the Pick of the Patch Stamp Set onto white cardstock with InkOn3 Blackout Ink, then colored it with Copic markers.

I cut a scalloped panel from gold glitter cardstock using the largest die in the Slimline Dainty Scallop Edge Die Set. Since I was going to cover up the center, I used a die from the Mini Modern Embossed Slimline Dies to cut out the middle. I actually cut it twice to save most of the glitter cardstock. No sense in wasting all of that glittery goodness!!

Next, I die-cut the letters to spell “pumpkin” once from gold glitter cardstock, once from black cardstock and three times from white cardstock using the Marshmallow Alphabet Die Set. I stacked and adhered them together with the black layer slightly offset, to create a drop shadow.

The colored panel was die-cut with the smallest die in the Slimline Stitched Card Panels and Windows Die Set. It was adhered over the gold glitter piece, then to a slimline size panel of black cardstock before adhering it to a white slimline card base.

I used a T-square ruler to adhere the letters onto the front of the card. I gold heat embossed the “Hey” using a sentiment included in the Pick of the Patch Stamp Set and fussy cut it out. I popped it up with foam tape and I was finished!

I love the bright colors combined with all the gold glitter!!

Thanks for stopping by today!! I hope you have a great weekend!!!