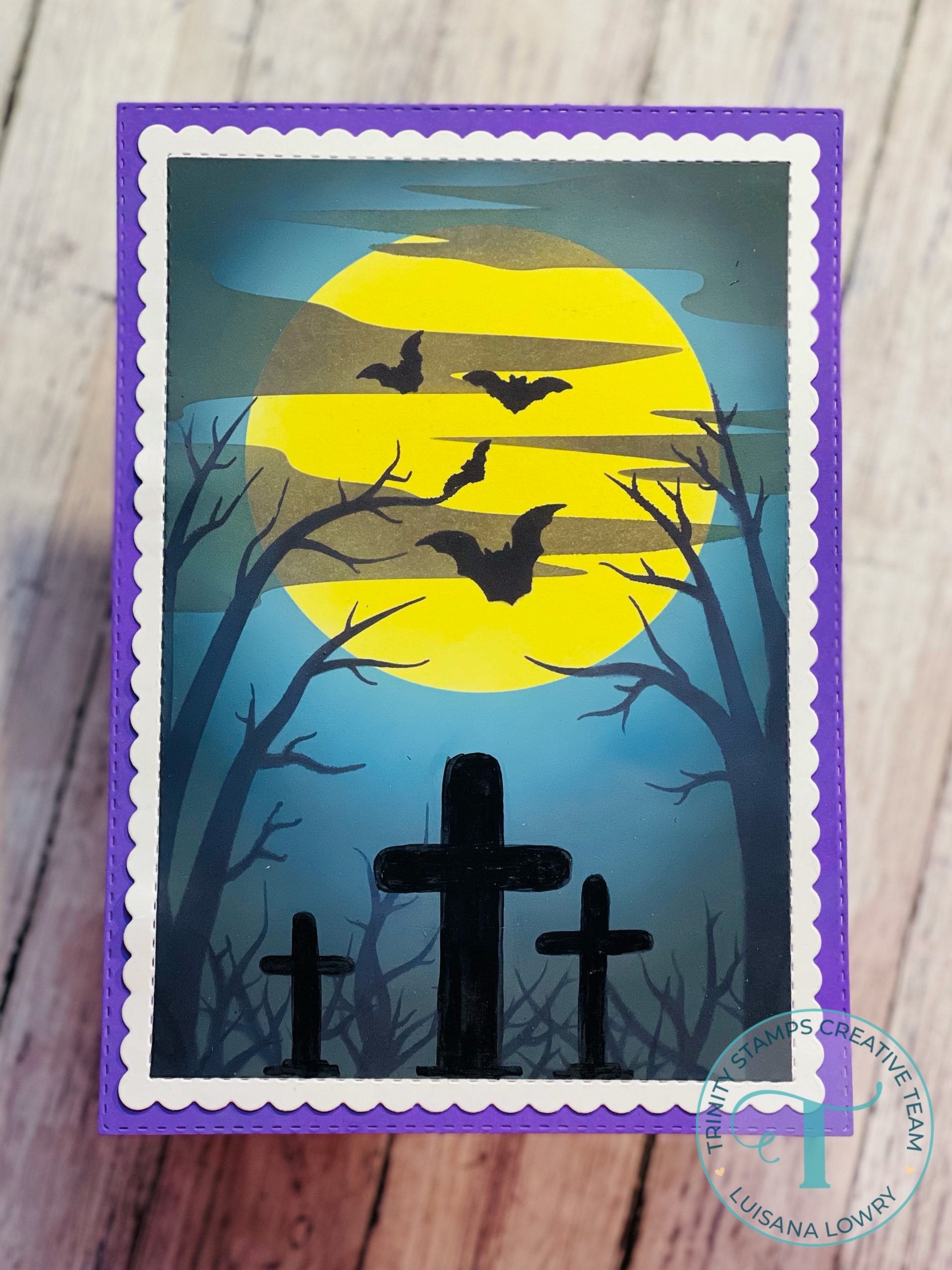 This week I chose to play with the super cool and versatile October night sky layering stencil and lots of distress oxide inks. This is technically a two layer card because I did mat it onto a purple base but since I didn’t do anything else besides inking it, I am still counting it as a one layer card. 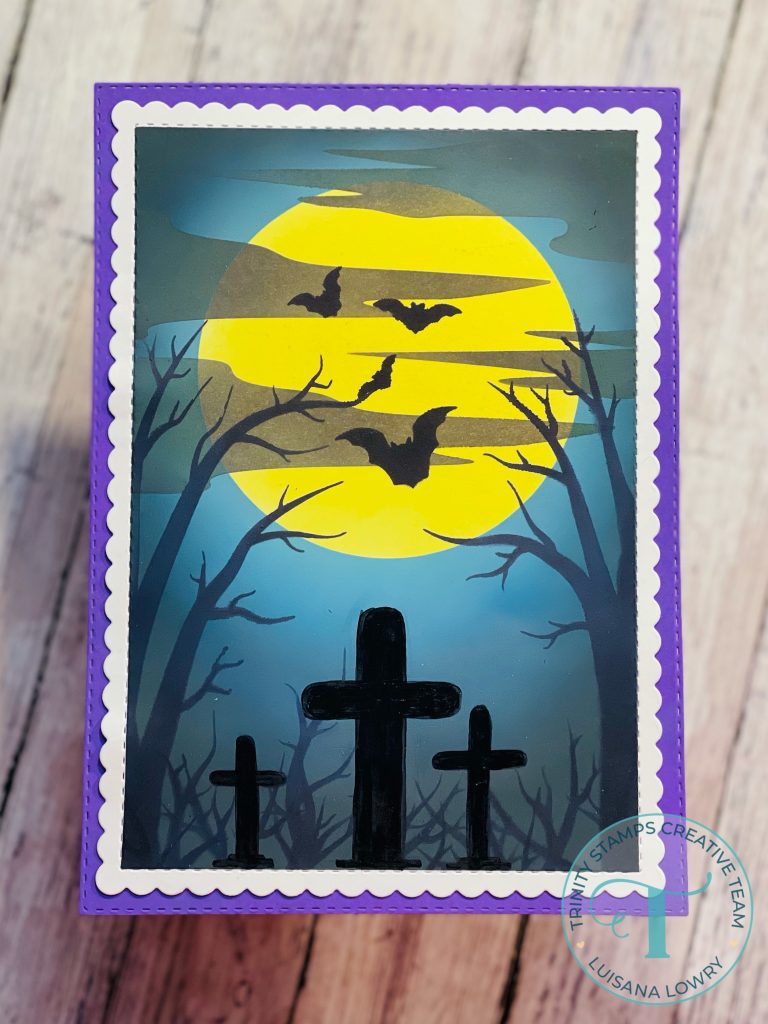 I started  by die cutting a piece of white cardstock using the pretty scalloped edge die from the envelope builder and then masked the edges using cheap washi tape. This made it so that my cardstock was taped to my glass mat and also ensured I could have a crisp white border after I was done. 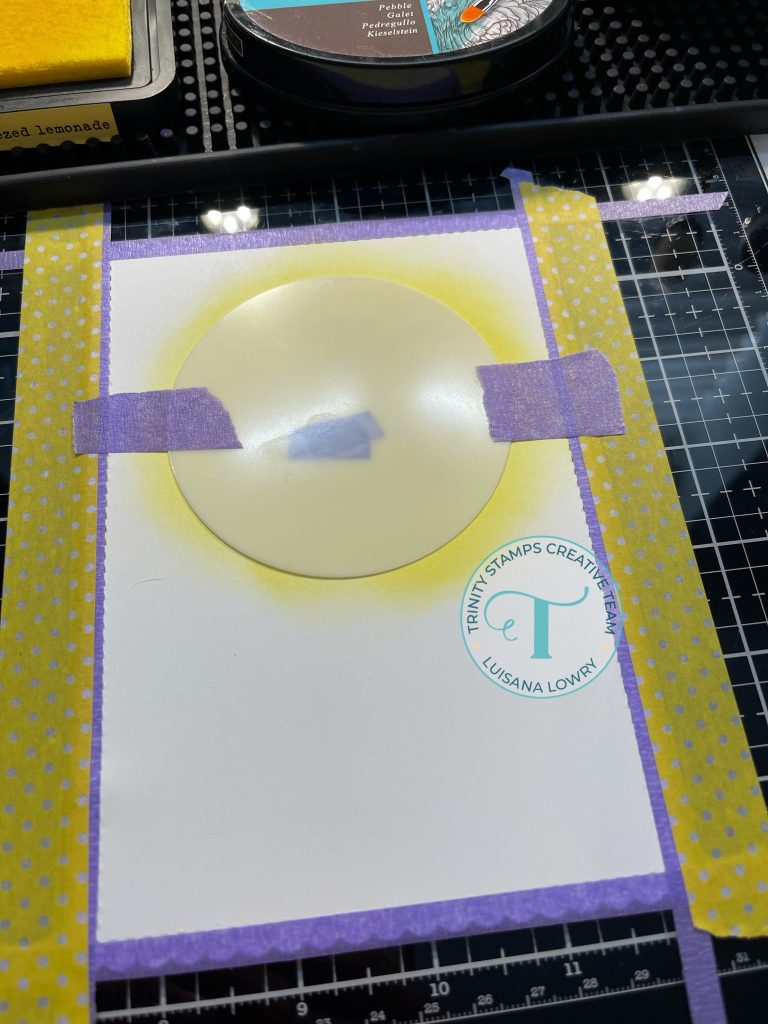 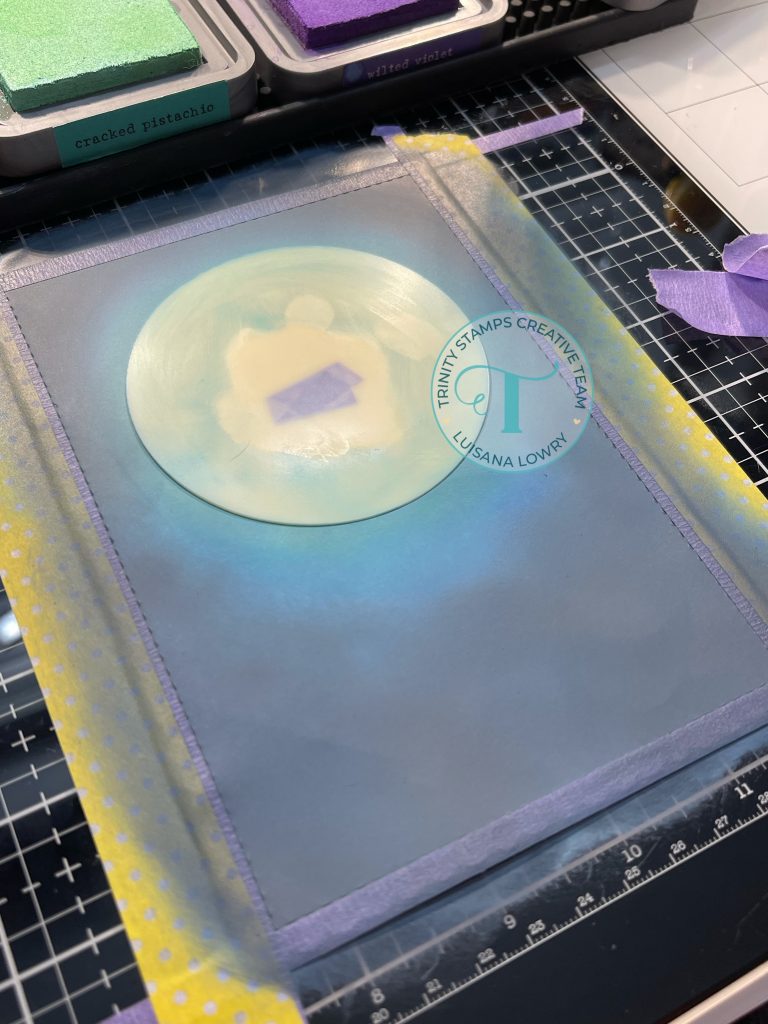 Next up I used a bright yellow distress oxide ink to color towards the top of the card, this was going to be the base of my moon.  When I was done I placed the moon mask that came included with the stencil set, on top of the yellow area and taped in place temporarily. now it was time to ink everything else. I started my background using salvaged patina around the moon and transitioning to mermaid lagoon and chipped Safire. I inked the edges using a mix of black soot and jet black from altenew crisp inks. I love the eerie effect this color combination gave to my card. 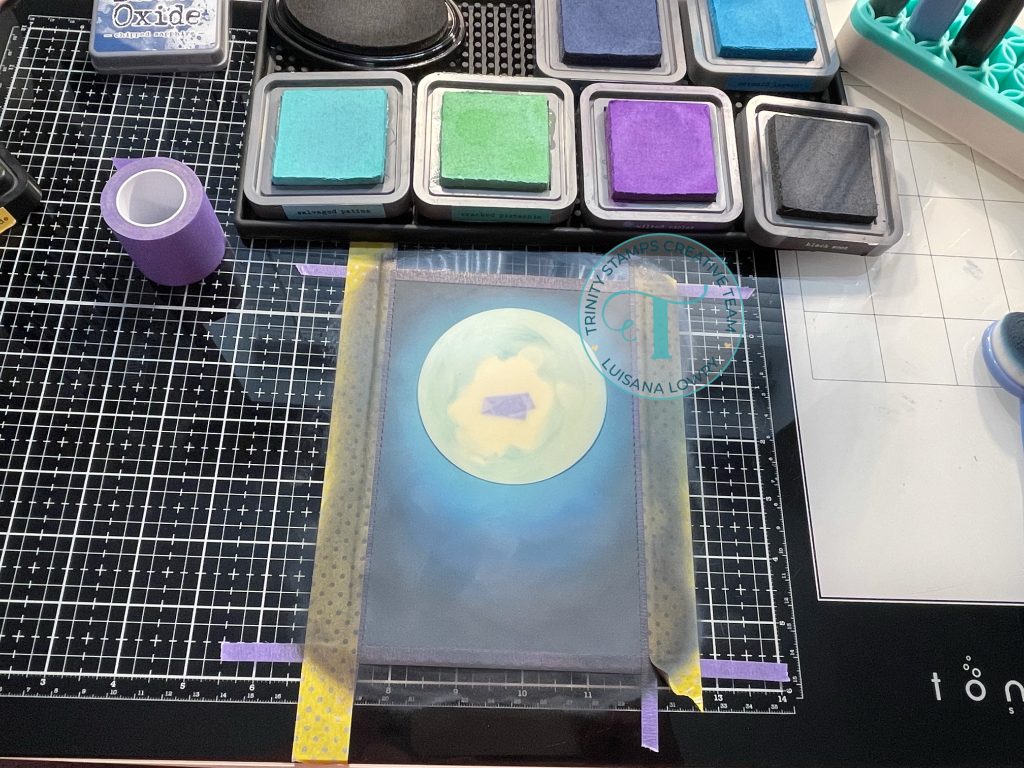 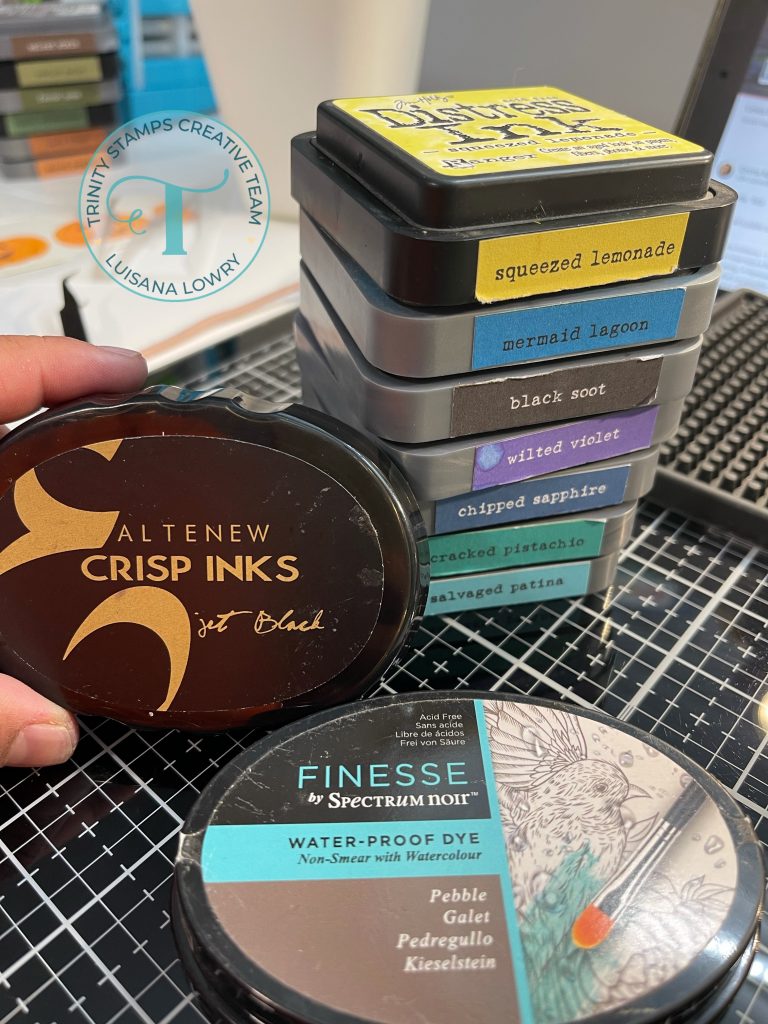 Next up I did the clouds,  I wanted them to look dark nut not black, I wanted to be able to see the moon and trees through them, so after placing the cloud portion I wanted on my paper, and masking everything else, using a brush and Pebble ink by spectrum noir, I inked the clouds to my background. This worked out perfectly. 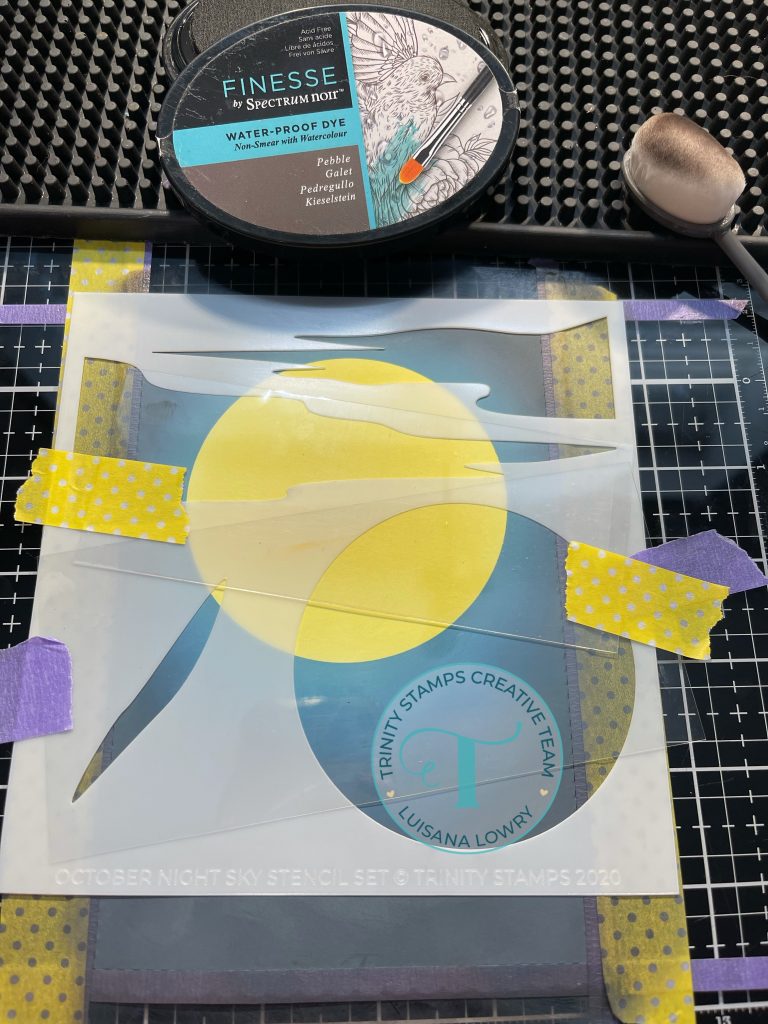 The next step is the trees, I actually chose to use the trees as trees and also as dead shrubs towards the bottom of the card, so I placed the area of the stencil where I wanted it and I inked the trees using altenew jet black ink. I repeated this step until I was happy with how many trees and shrubs I had. 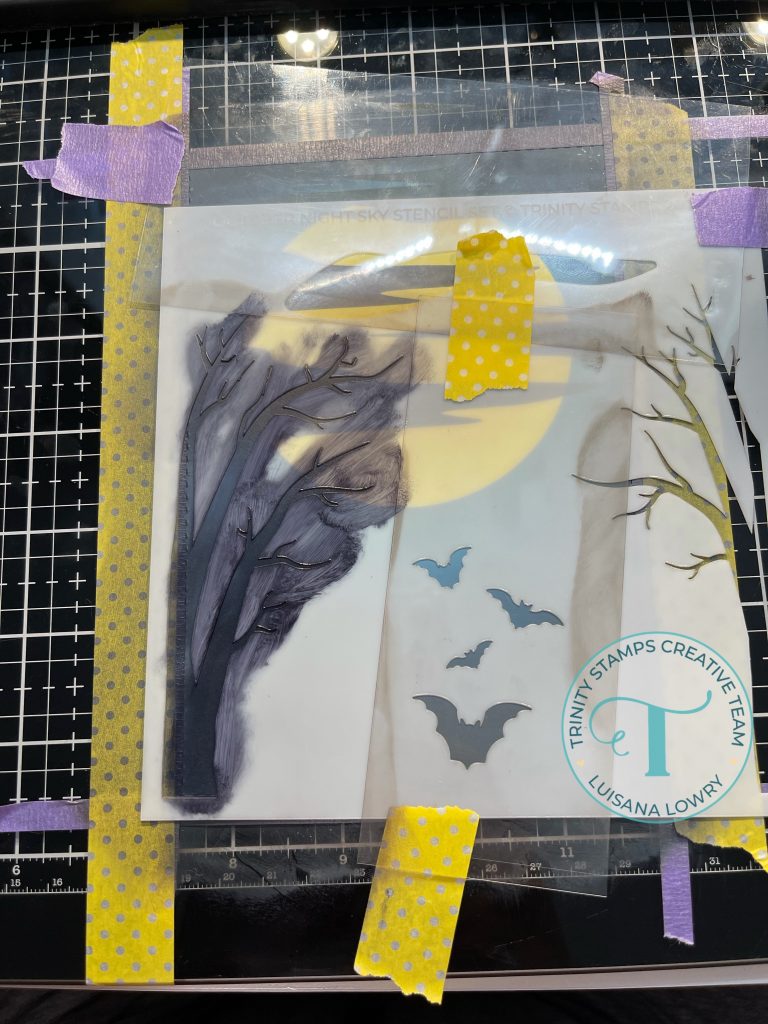 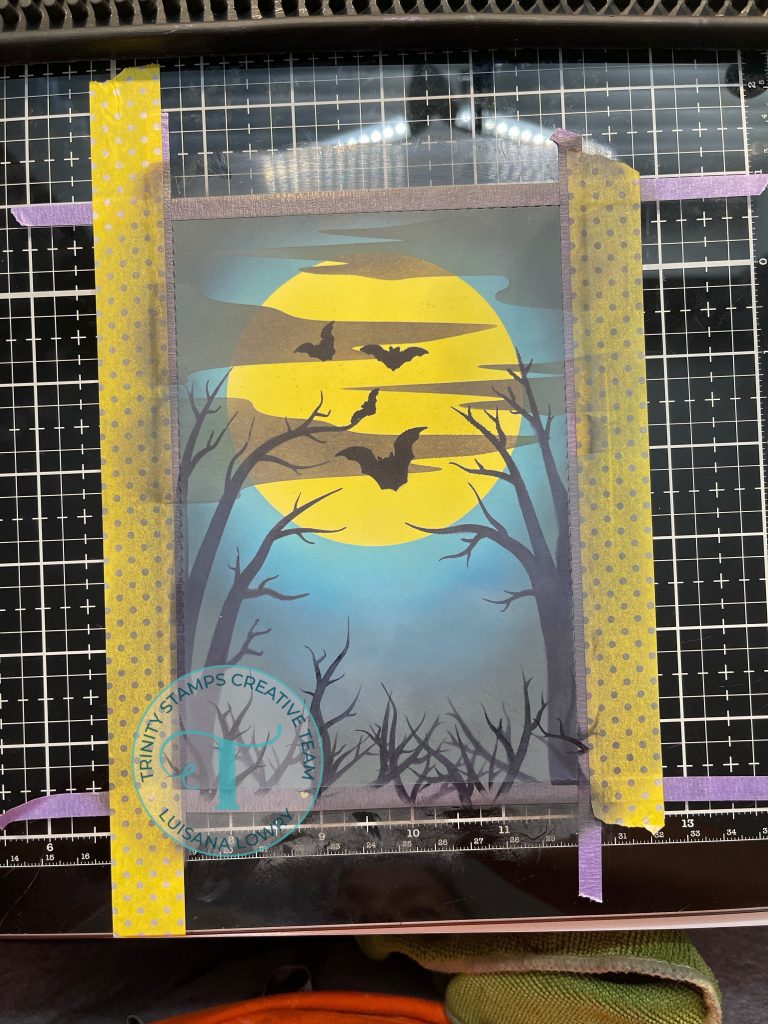 All that was left to do (or so I thought)  at this point was stencil the bats, I placed them over my moon and I used the same black ink as before to ink them to my paper. 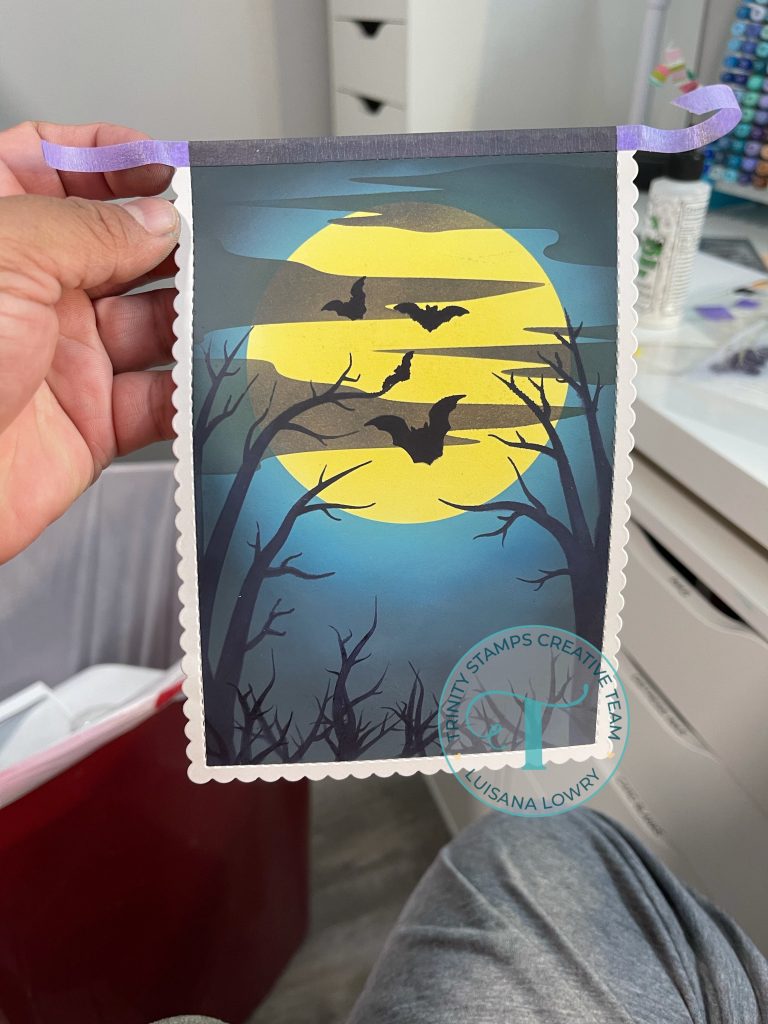 At this  point I stopped to look at my work and something was missing, I decided then to draw some tombstones using a pencil and then going over it with a black copic marker. 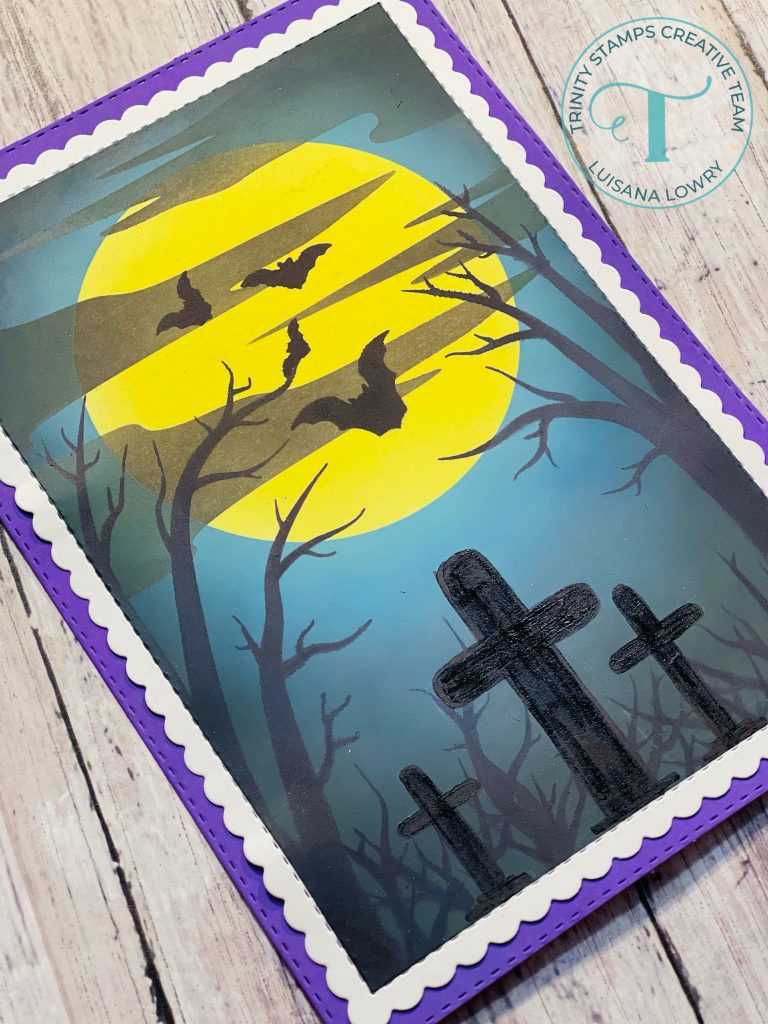 Now my card was perfect. I went ahead and trimmed another piece of paper using another of the dies from the envelope builder set and inked the edges purple using distress oxide ink in wilted violet.

I chose not to do a sentiment, It felt like it would take away from all the beautiful ink blending and the stenciling so I left it as is.

That is it for me this week, I truly enjoyed making this A5 card.

I will see you all in a couple of weeks!

2 thoughts on “A one layer card using the October night sky layering stencil.”