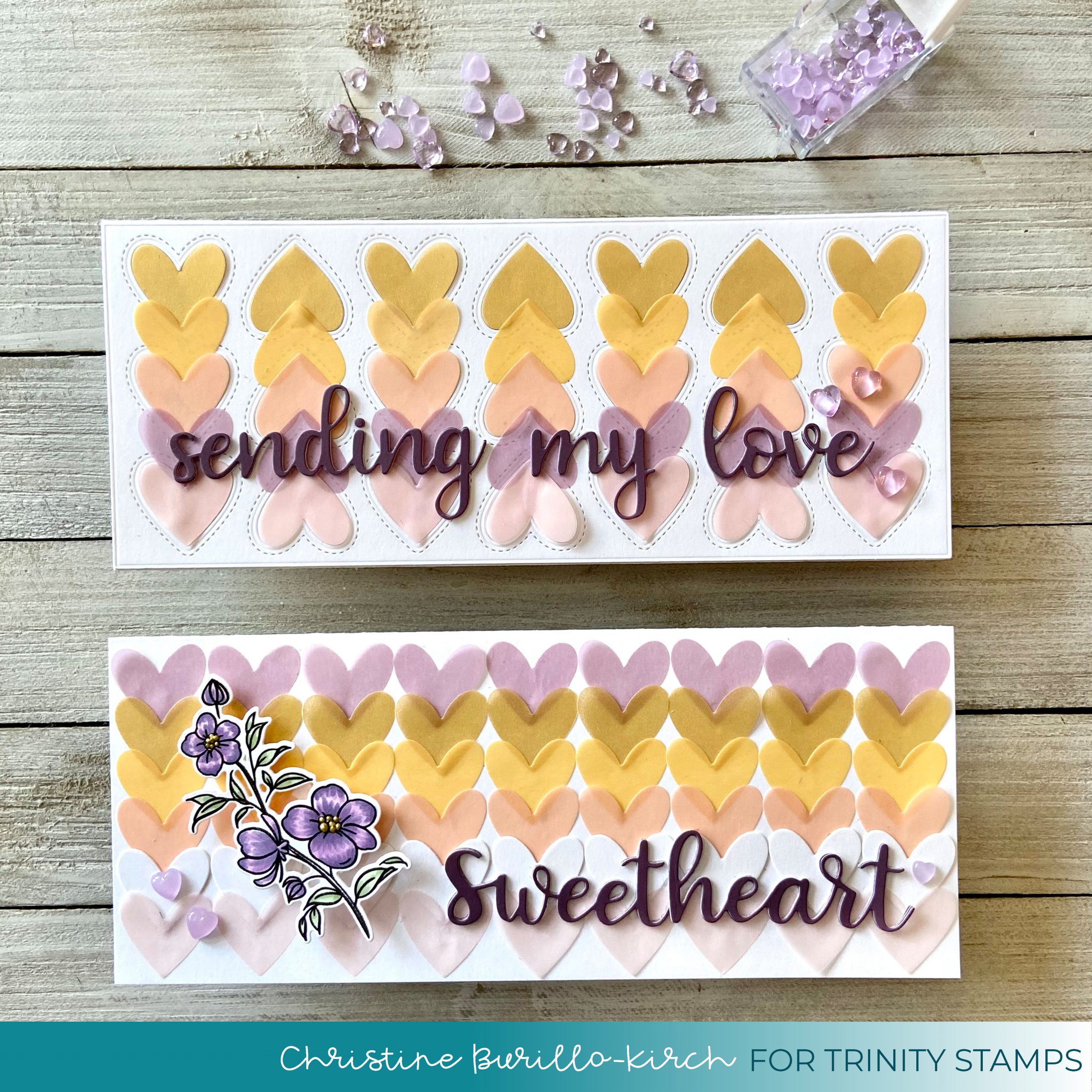 Hello there!  I hope you enjoyed yesterday’s new release Sending Smooches!  I love the new slimline panel dies and I’ve used the Slimline Sweetheart Panel die to create 2 different cards that use mostly die cuts for the design.

Stamps: Best Place to Be Stamp

First I die cut a lot of slimline panels and hearts with the Slimline Sweetheart Panel die, out of 5 different types of vellum and Neenah 110 lb solar white cardstock.  I used vellum that I had in my stash. I decided to use the panel for one of the cards and decided to just use the hearts for  the other card.  I placed them in different ways to figure out how I liked the placement first before adhering them.

To arrange the hearts in a symmetrical pattern, I used a ruler and some tape to place the hearts as shown in the photo below. I then was able to remove the tape with the hearts attached and adhere them on the card.

I decided to add the sentiments from the Scripty Love die and the Scripty Heart die. Each part of the sentiment was die cut three times out of purple cardstock I had in my stash and adhered together to make the entire sentiment stand out more.

I added some flowers from the Best Place to Be Stamp & die to one of the cards and did some simple copic coloring. I adhered the flowers with some double sided foam to add some extra interest and dimension to the card.

Thank you so much for stopping by today!

One thought on “Sweetheart Slimlines”