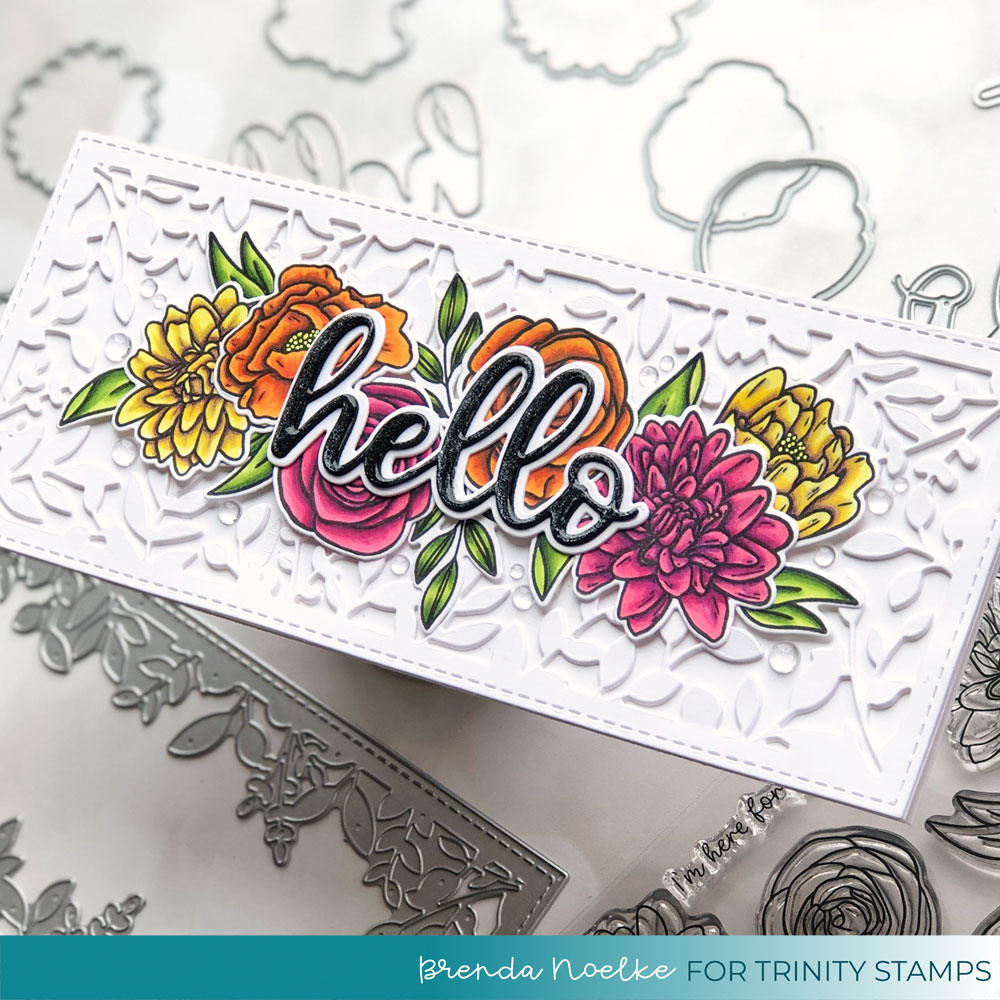 Hello, my Trinity friends!! I’m super excited to be sharing a slimline card with you that features some goodies from the July Release!!

You know how much I love florals, so when I saw the Wallflower stamp set, it went straight to the top of my list!! I stamped the florals and leaves from the Wallflower stamp set onto white cardstock with InkOn3 Blackout Detail Ink, colored them with Copics and colored pencils, then cut them out with the Coordinating Dies. I added some dots to the centers of some of my flowers with a yellow gel pen.

For the background, I die-cut the Slimline Series: Foliage Frame Die three times from white cardstock, stacked and adhered them together, then adhered them to a top-folding slimline cardbase. I added the die-cut florals and leaves as shown with a combination of liquid and foam adhesives.

I used the “hello” dies from the Slimline Series: Envelope Builder Dies to create my greeting. I die-cut the shadow layer twice from white cardstock and the top layer three times from black cardstock. Once I stacked and adhered those together, I added them to the center of my card. I also added some shimmer pen and crystal glaze to the top layer of my sentiment. A few Boiled Sugar Clear Drops were placed on the background around the arrangement to add a little interest.

That’ll do it for me today!! Have amazing was this latest release?!? Do you have a favorite? For me, there are too many to choose just one. But the Wallflower and Foliage Frame are right up there at the top!! (Word has it that this frame is almost sold out, so you may want to grab it while it’s still available!)

Thanks for stopping by!! Have a great 4th of July weekend!!!