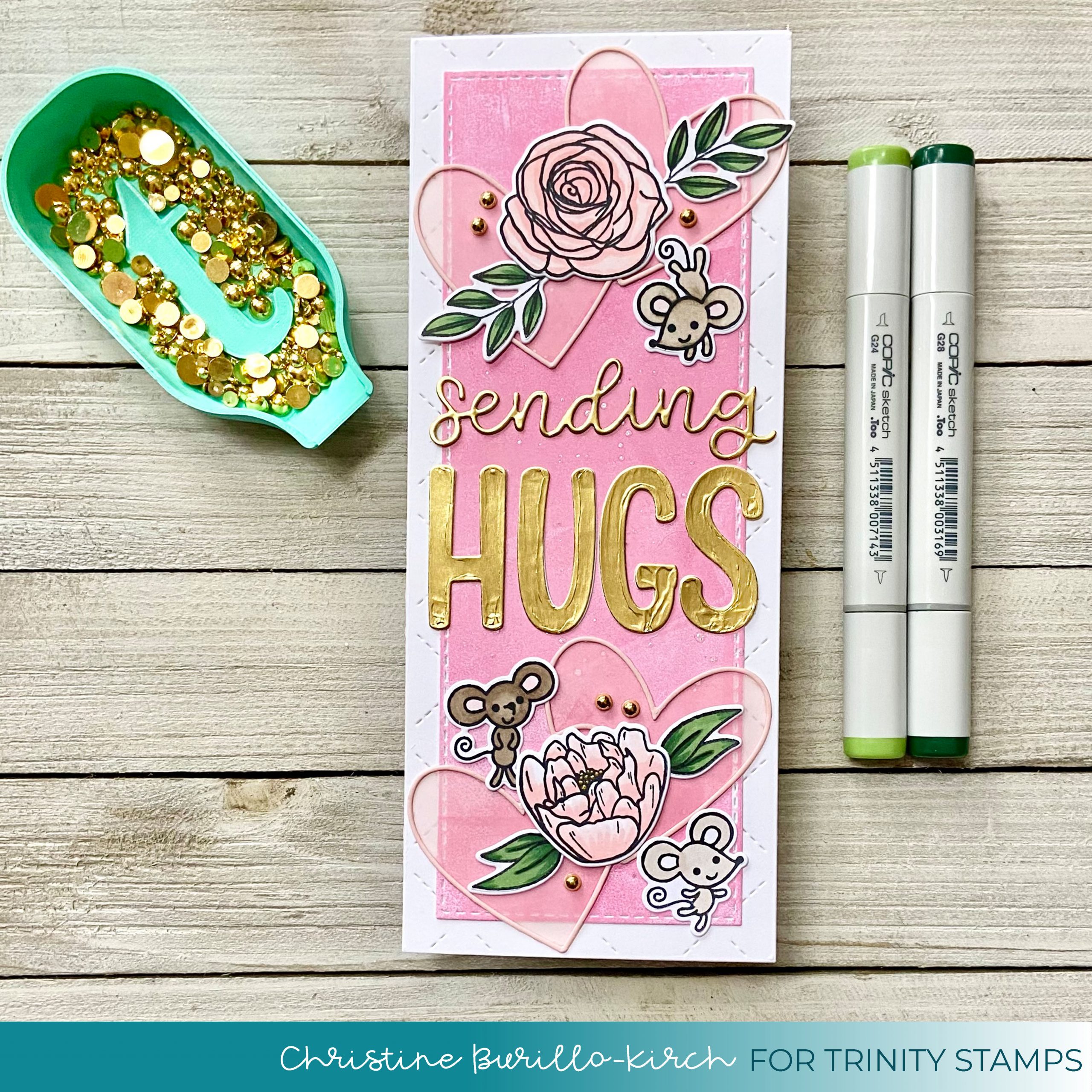 Hello there, Christine here with a slimline that could not only be sent for Valentine’s Day, but would really work for anytime you want to send someone a paper hug!  I’ve combined some new Trinity products such as the Intertwined Hearts die with some older ones like the WallFlower stamp & die, but I think they work so well together.

To create the card, I first die cut the smallest slimline panel from the Slimline Card Series: Stitched Card Panels and Windows die set out of 110lb cardstock (Neenah Solar White) and a larger slimline panel out of the same cardstock with the Slimline Series Quilted Cover die.  I recently pulled out my Gel Press- it is so much fun to create inked panels!  I smooshed 3 different distress oxide inks (picked raspberry, kitsch flamingo and spun sugar) onto the gel press as shown below. I mostly put spun sugar and kitsch flamingo with some little dabs of picked raspberry. 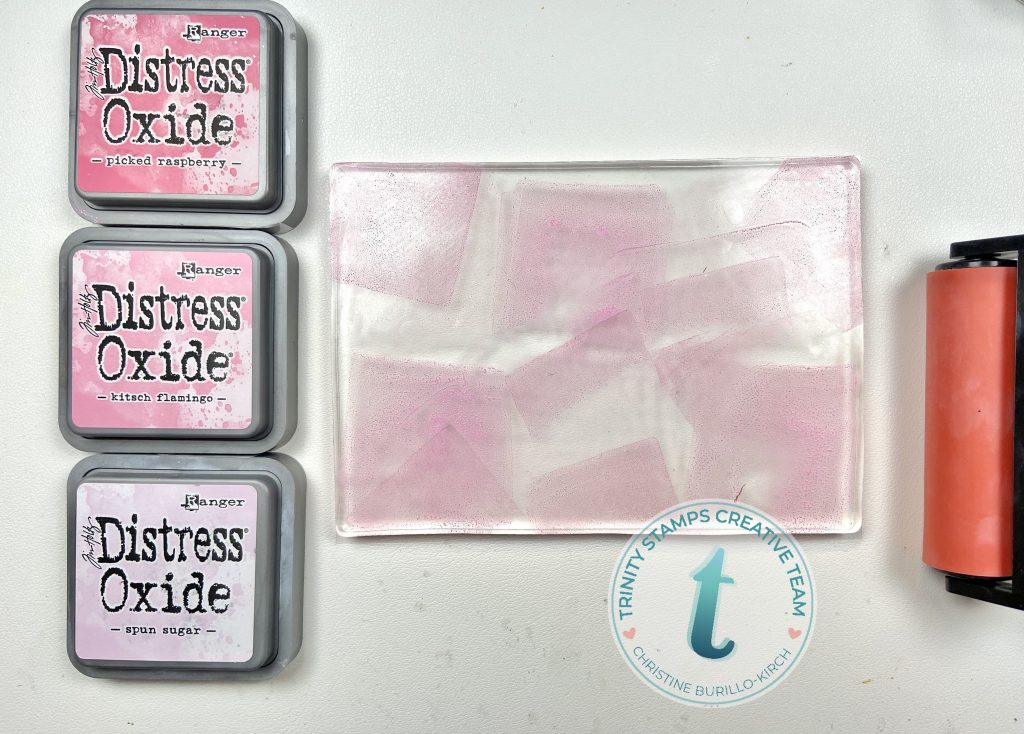 I then used the brayer 3 times back and forth to make sure the ink spread out as shown below. 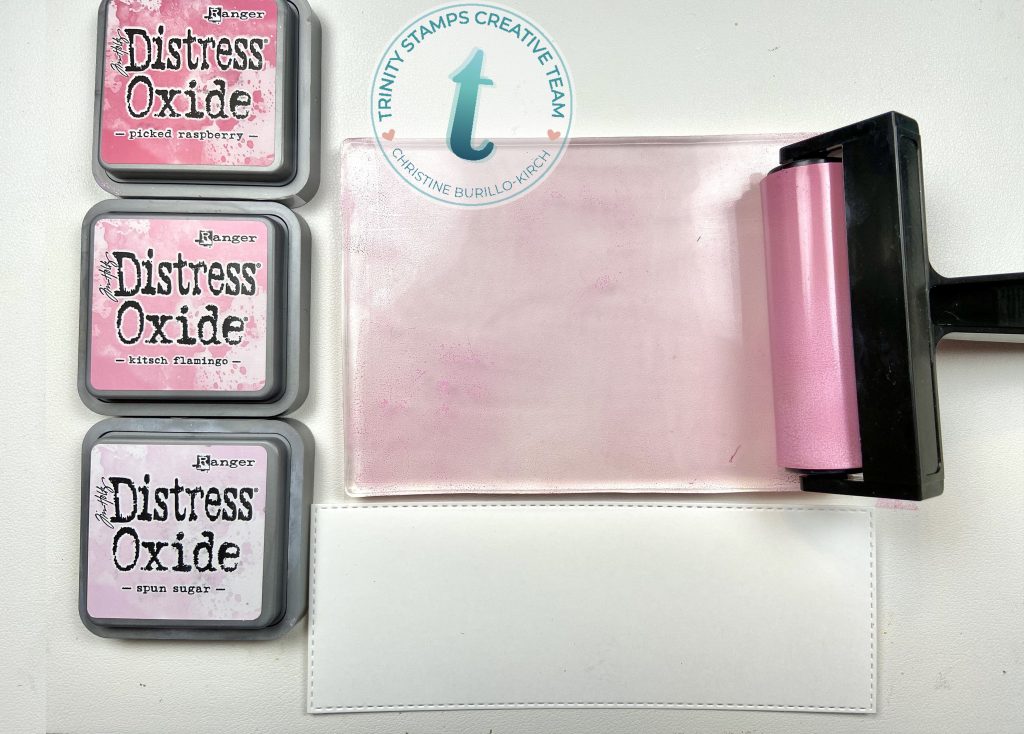 I then turned over the smaller slimline panel and pressed it firmly onto the gel press. You have to do this several times over the same slimline panel to make sure it is evenly covered (gel press as shown above is smaller in length then the slimline panel, but it is larger in width).

I then sprayed some Lawn Fawn liquid stardust with a paintbrush and set it aside to dry.  The effect of the liquid stardust and the gel press is very subtle in this instance- you can see some variation below in the photo. 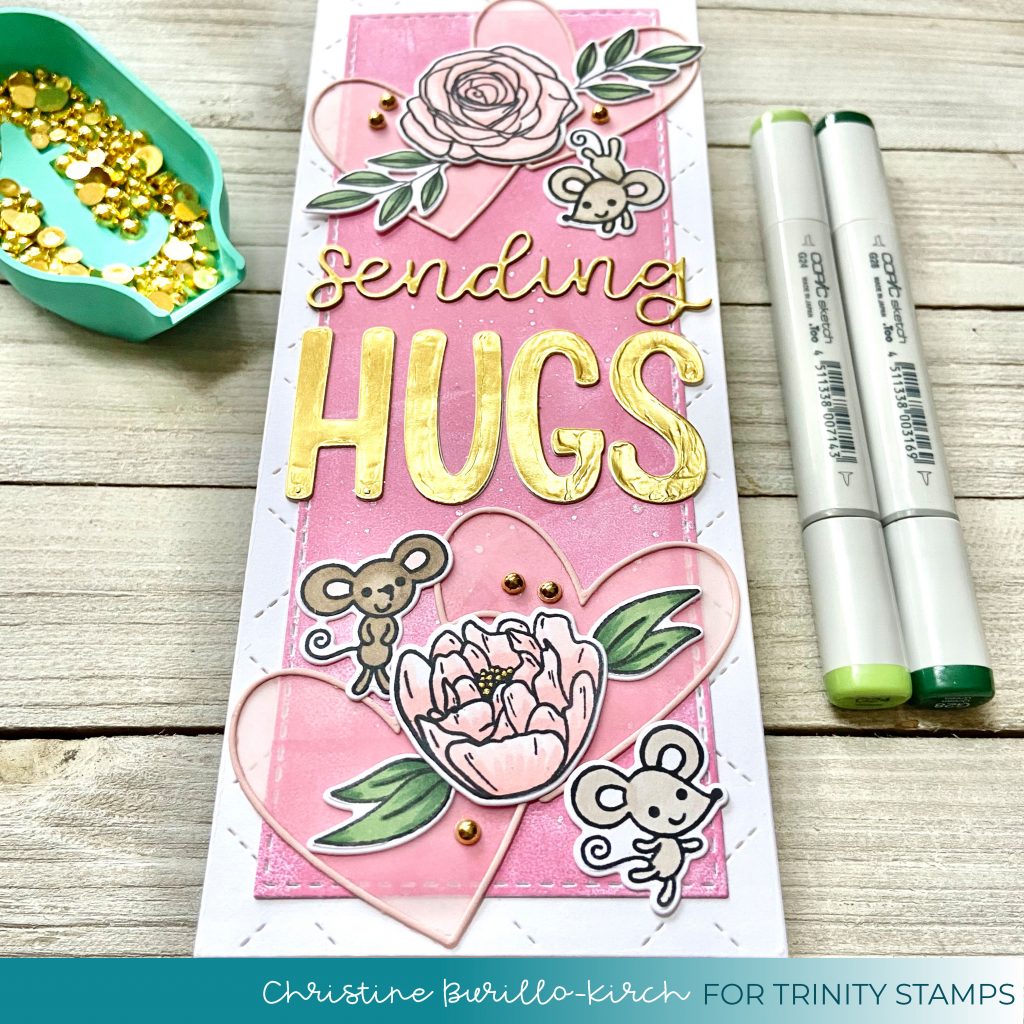 I then set to creating a scene and sentiment on the slimline.  I die cut the sentiment from the Sending Hugs die set out of gold cardstock and glued it a little off-center.  I die cut pink cardstock and vellum with the Intertwined Hearts die to create a delicate frame for the flowers and leaves I used from the WallFlower stamp & die set. The flowers were colored very simply with R20 and R00 copics and the leaves with G28 and G24- I just wanted them to form more of the background than stand out too much.  I stamped and die cut the mice with the Mouse House stamp & die and colored with Stampin Up markers (I don’t have the  shades in copics).  Finally I added some Gorgeous Golden Baubles to bring more gold color on the card and make the eye move all over the card. 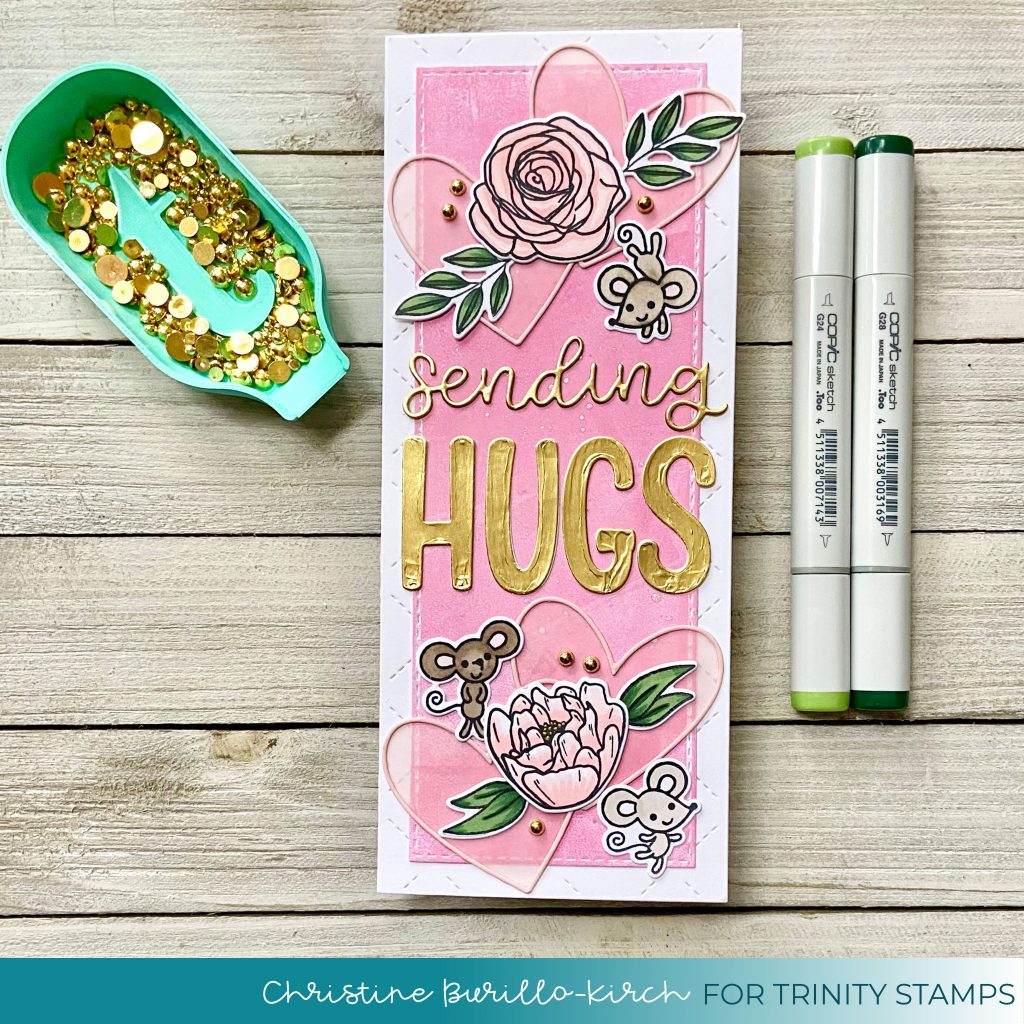