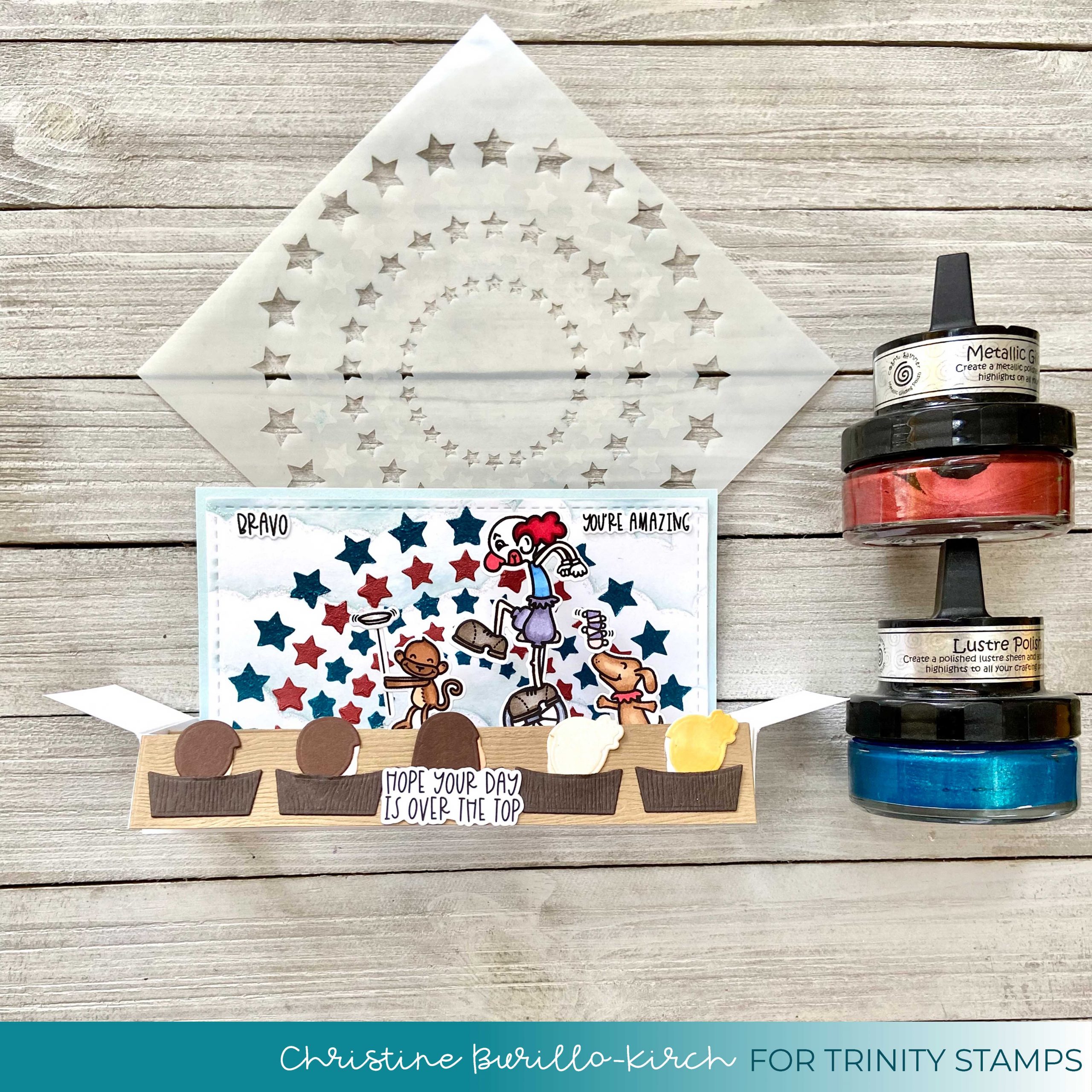 Hello there, Christine here with a slimline box card that also has an interactive component.  I altered the slimline card box to also fit the images from the Balancing Acts stamp & die set.

I die cut the main box card panels out of Neenah solar white 110 lb cardstock with the Slimline Surprises Die Set. I wanted the front and sides of the slimline box card to be lower so I made a few alterations- I cut an inch off the panels that fold down and the panels that make up the box as shown below.

I only cut down the side of box and left the back of the box intact as shown below.

I then die cut the images from the Balancing Acts stamp & die set and did some simple copic coloring.  For the back panel of the card, I ink blended some clouds using the Puffy Cloud Stencil.  I then used  2 different glitter pastes (as shown below) and the Superstar stencil to create almost a fireworks background.

I was so inspired by Davina Cantrell’s box card from a few weeks ago and decided to do the same thing, so I die cut images using the Center Stage Slimline die set and put the spectators on the panel flap.  To enable the movement of the circus performers, I die cut an insert from the Slimline Surprises Die Set and die cut a track using the smallest die from the Slimline Twist and Slide die set. I cut a piece of acetate, adhered the figures to it, adhered the entire thing to a slider piece that was then adhered to a penny. Finally, I die cut the floor the Center Stage Slimline die set and adhered it to the box card insert.

Thank you for stopping by.  I hope that you will give a low panel slimline box card a try!