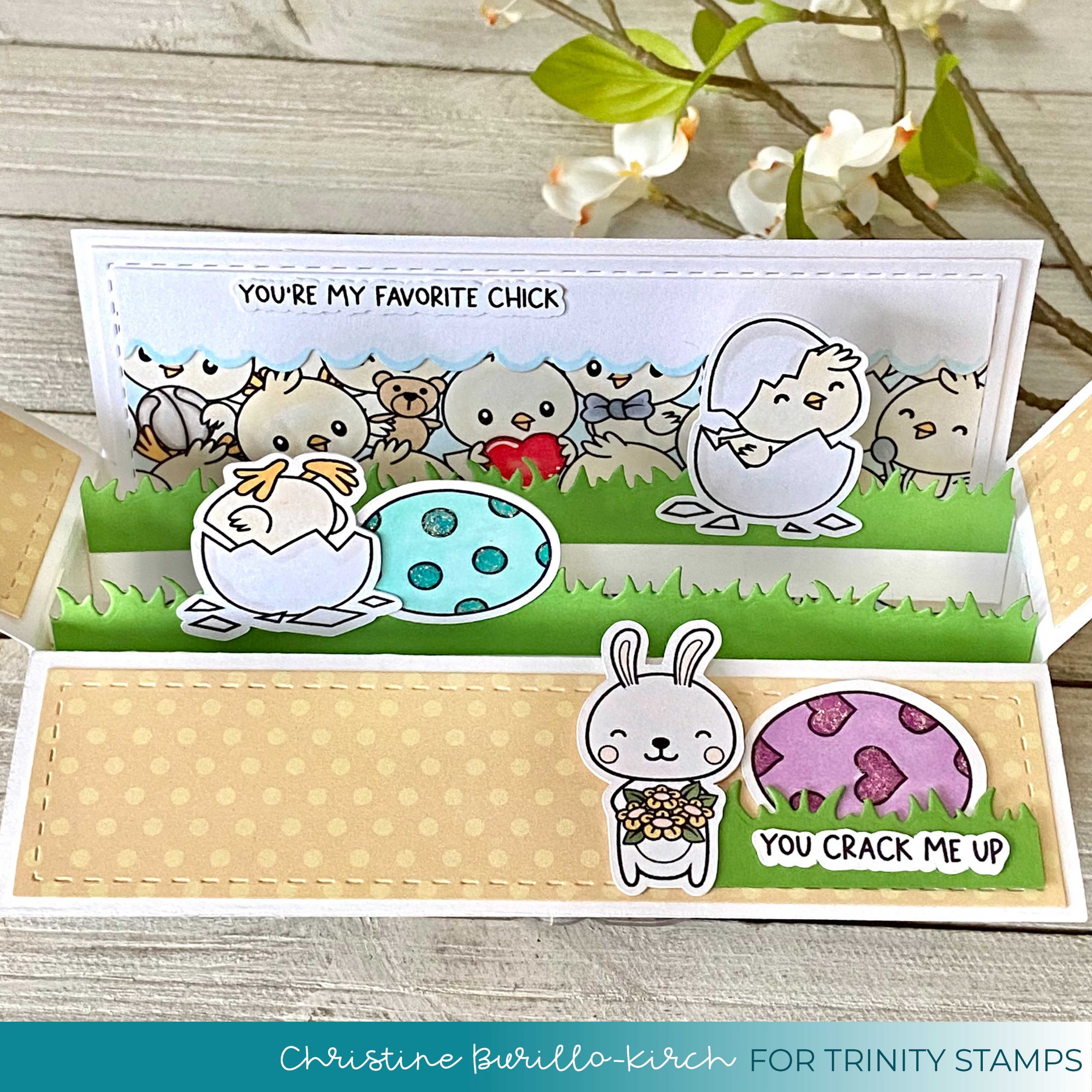 First I die cut all the pieces I needed with the Slimline Wide Box Card Die Set out of Neenah 110lb cardstock (solar white) including: 2 of the large front/side panels and 2 of the inserts (see below). I used the Slimline Winter Hues paper pad to die cut a stitched background and 2 each of the stitched decorative panels. I also adhered some grass that I cut out of green cardstock I had in my stash using the grass die from the Slimline Series Great Outdoors Borders & Builders die set. I adhered all the parts as shown below

I then put the box together as shown below.

As you can see in the final card, I decided that the stitched yellow background wasn’t festive enough, so I die cut stamped images from the Slimline Chicks stamp set with the stitched background panel from the Slimline Wide Box Card Die Set and then copic colored them with simple colors (B0000, Y21, YR30, W0). I also die cut stamped images from the