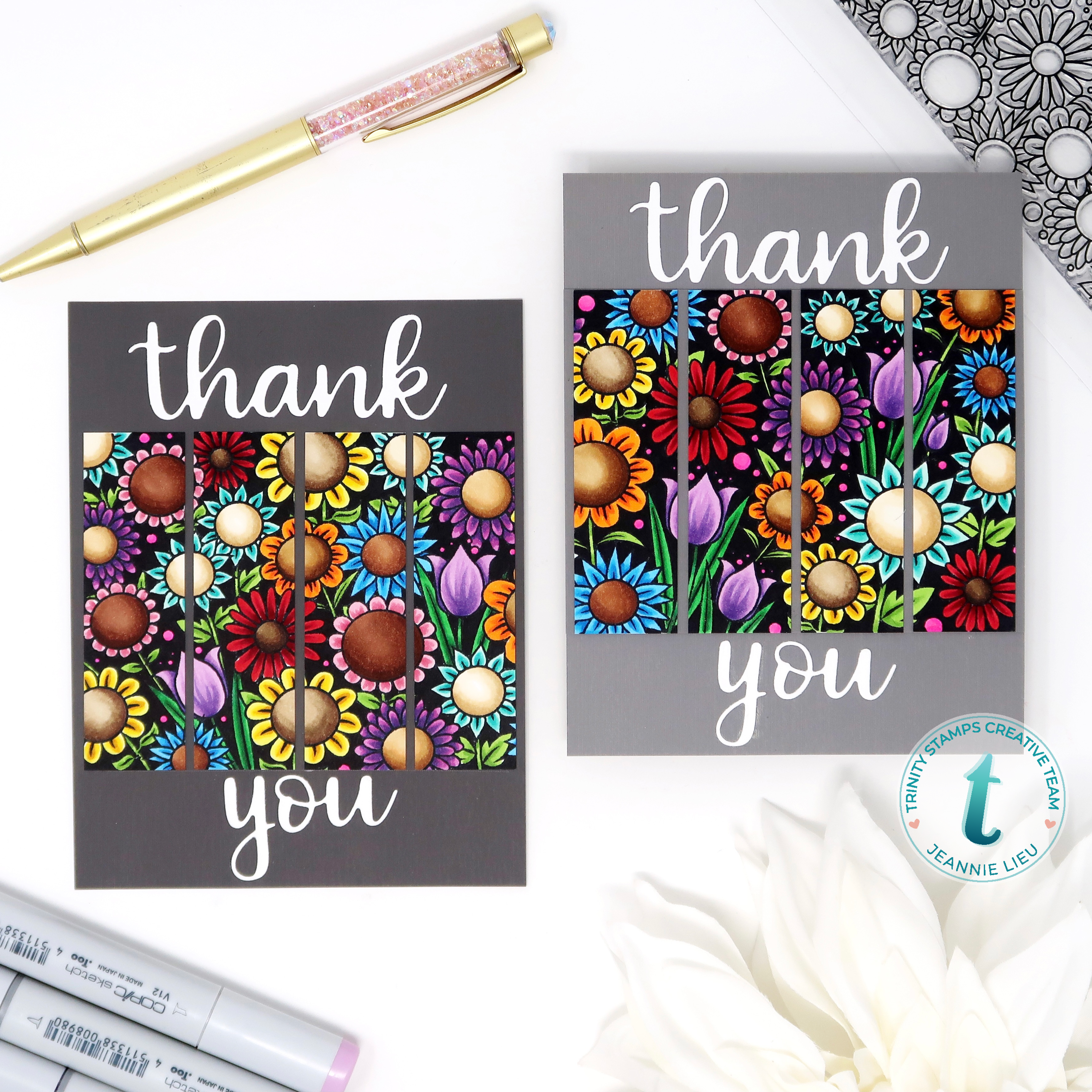 Hi everyone! It’s Jeannie (InsideoutJeans) on the blog today with Trinity Stamps sharing a card using the Slimline stamp called Doodle Gardens along with the Scripty Thanks. I’m a sucker for florals and this one is adorable, perfect for spring and summer.

Although the slimline stamps are the perfect size for slimline cards, you can still use them for A2 cards. I decided to create art panels using the Doodle Gardens stamp set by stamping it on white cardstock. I went ahead and colored all the same flowers, the same colors so it would go pretty quickly. 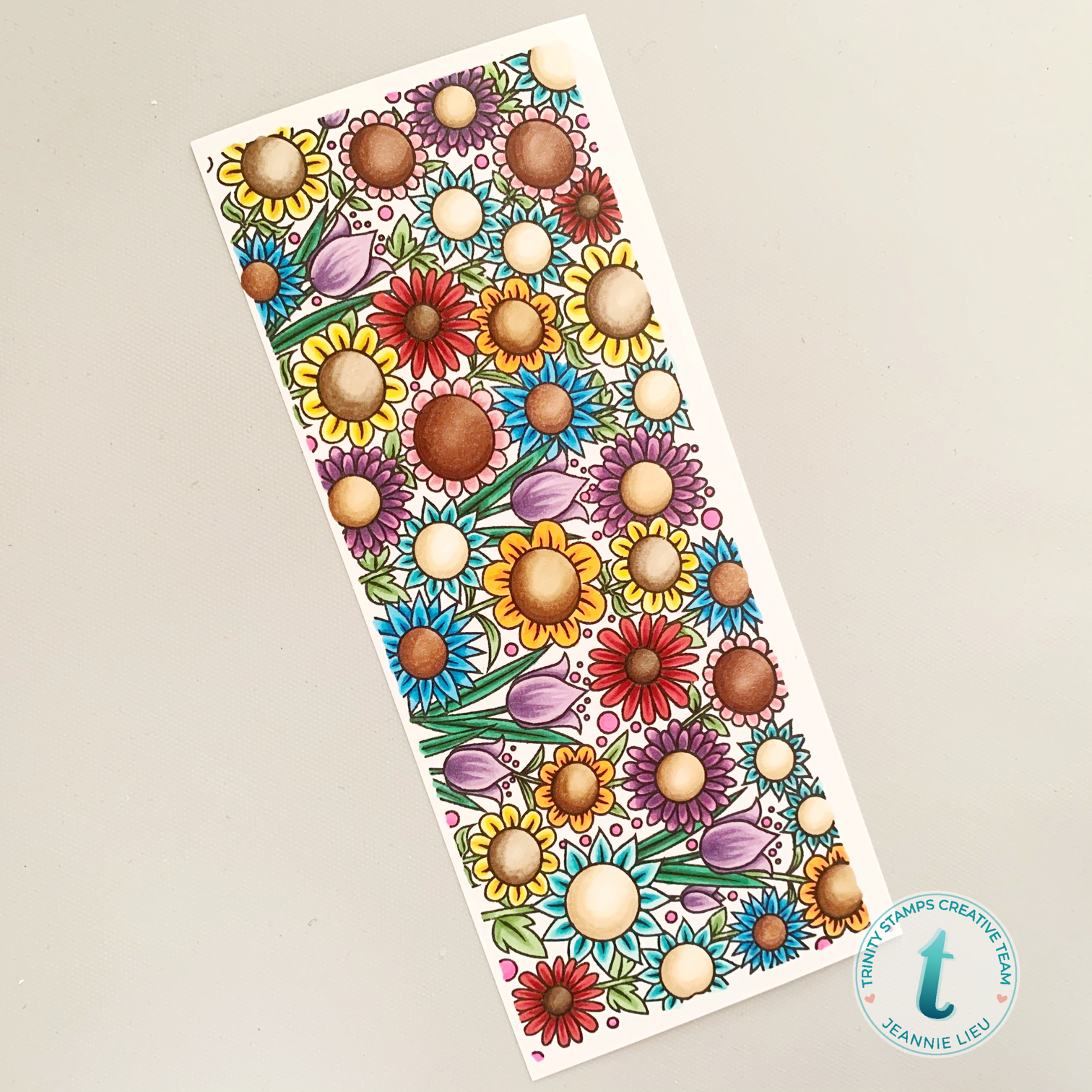 Once I colored everything in, I decided that adding black to the background really makes it all the different flowers pop! 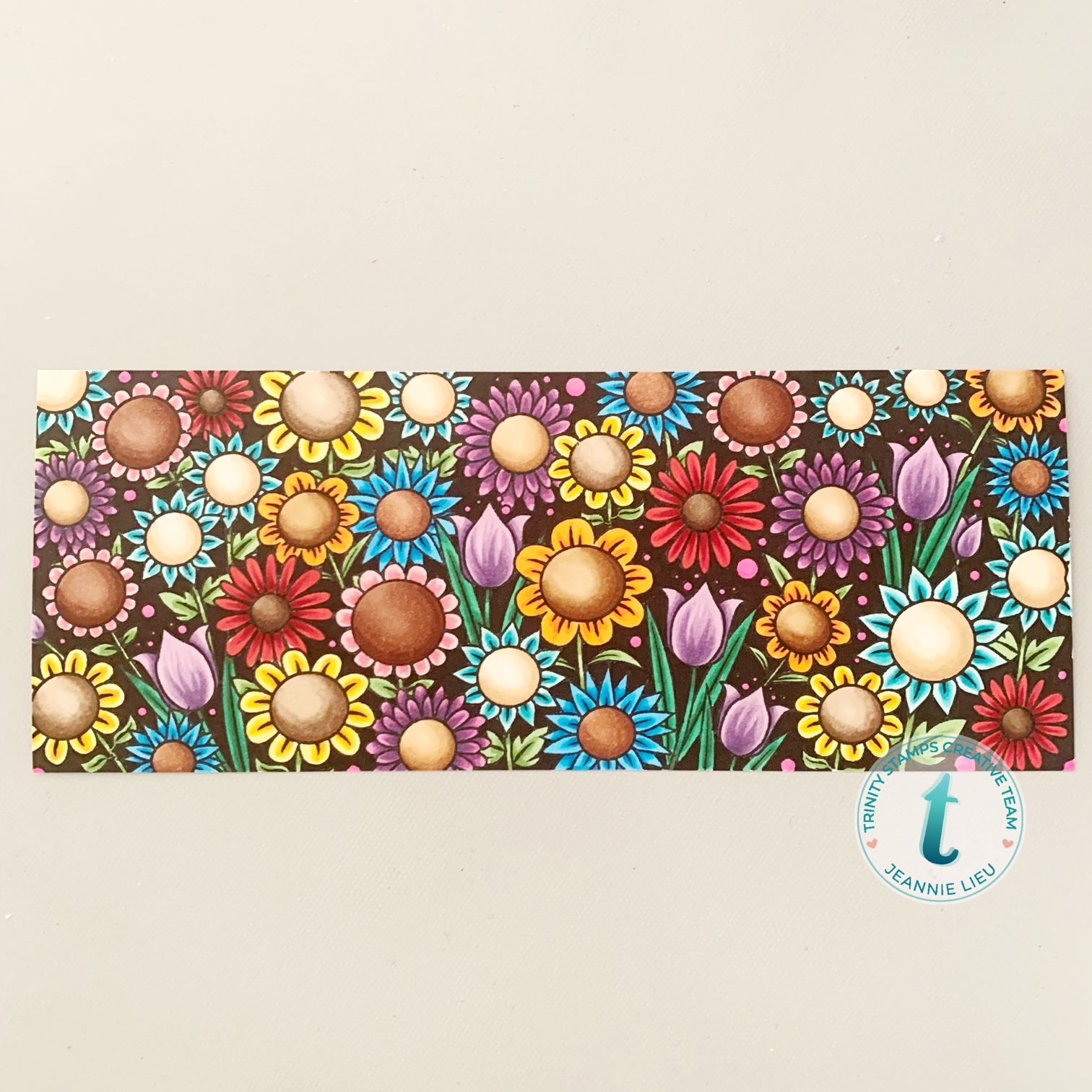 Now the scary part… I wanted to use this slimline panel to create two cards, so that meant I had to cut this panel into half. 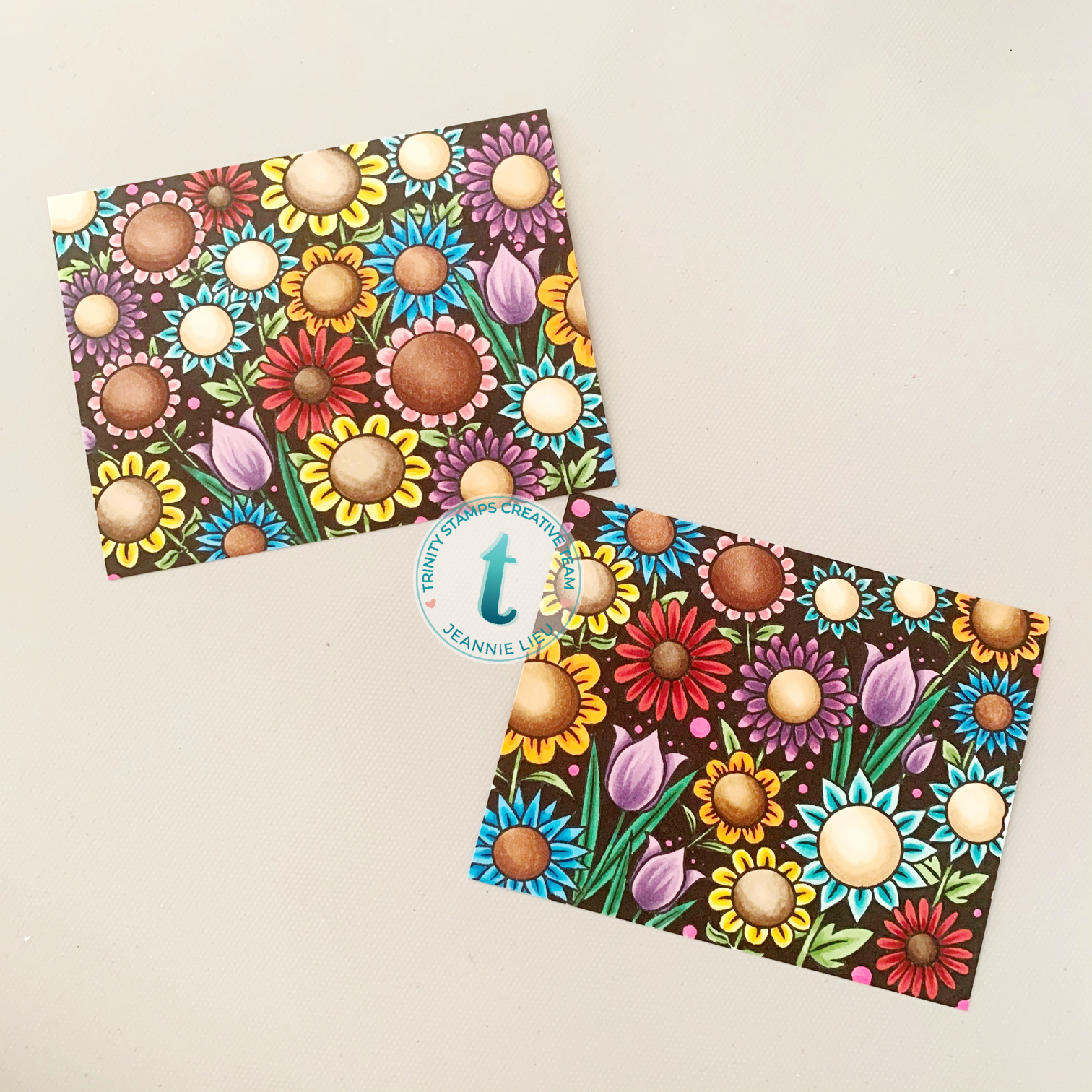 Each half of the panel will be used for one A2 sized card, so I’ll get two finished cards. For each of the half panels, I trimmed them down to 4 equal panels and trimmed an 1/8 inch off so I would be able to allow spacing between them. 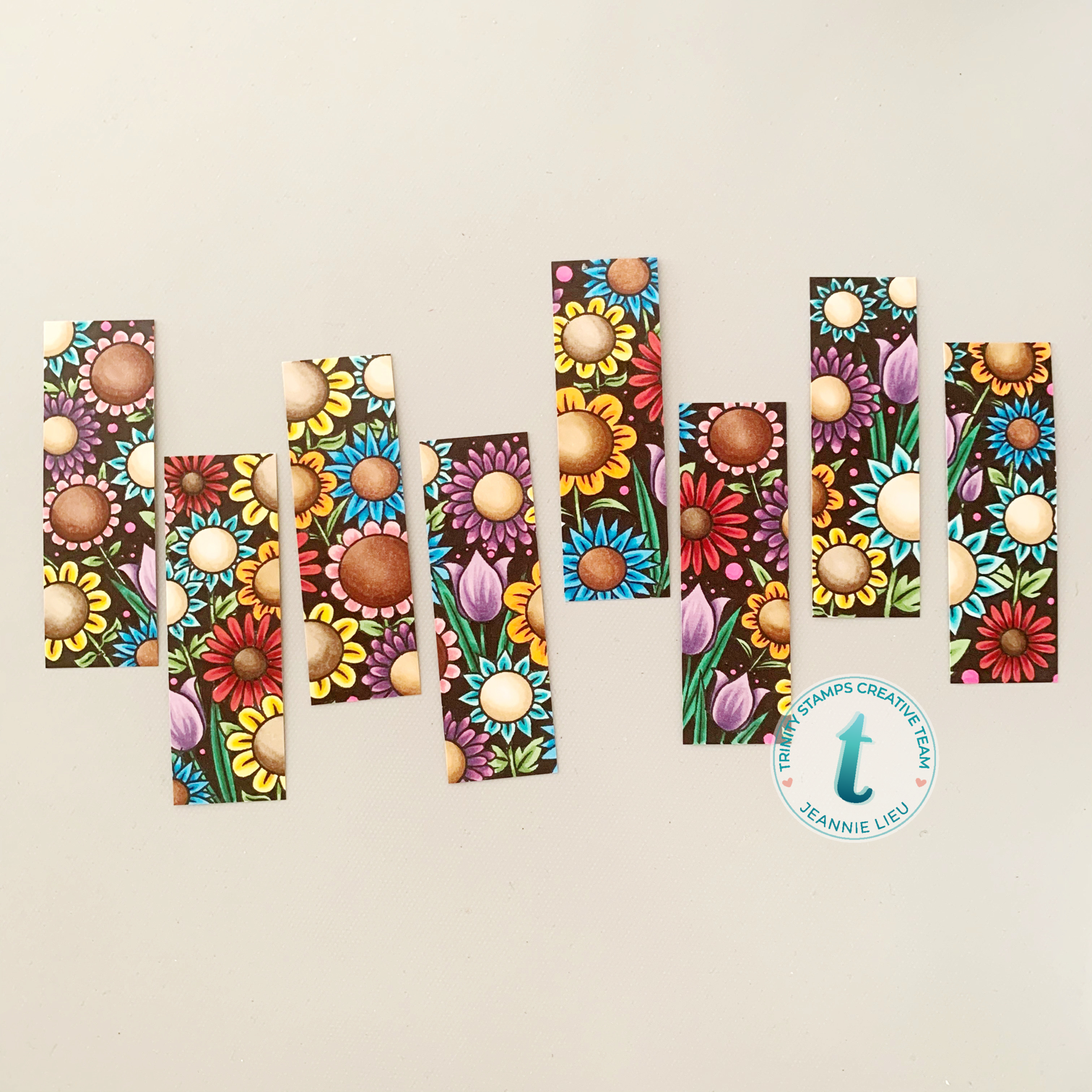 I pulled out two pieces of cardstock, different shades of grey and placed them in the middle of the card. Using the Scripty Thanks die, I used white cardstock to cut the letters out, placing the “Thank” on top and “You” on bottom of the colored panels.