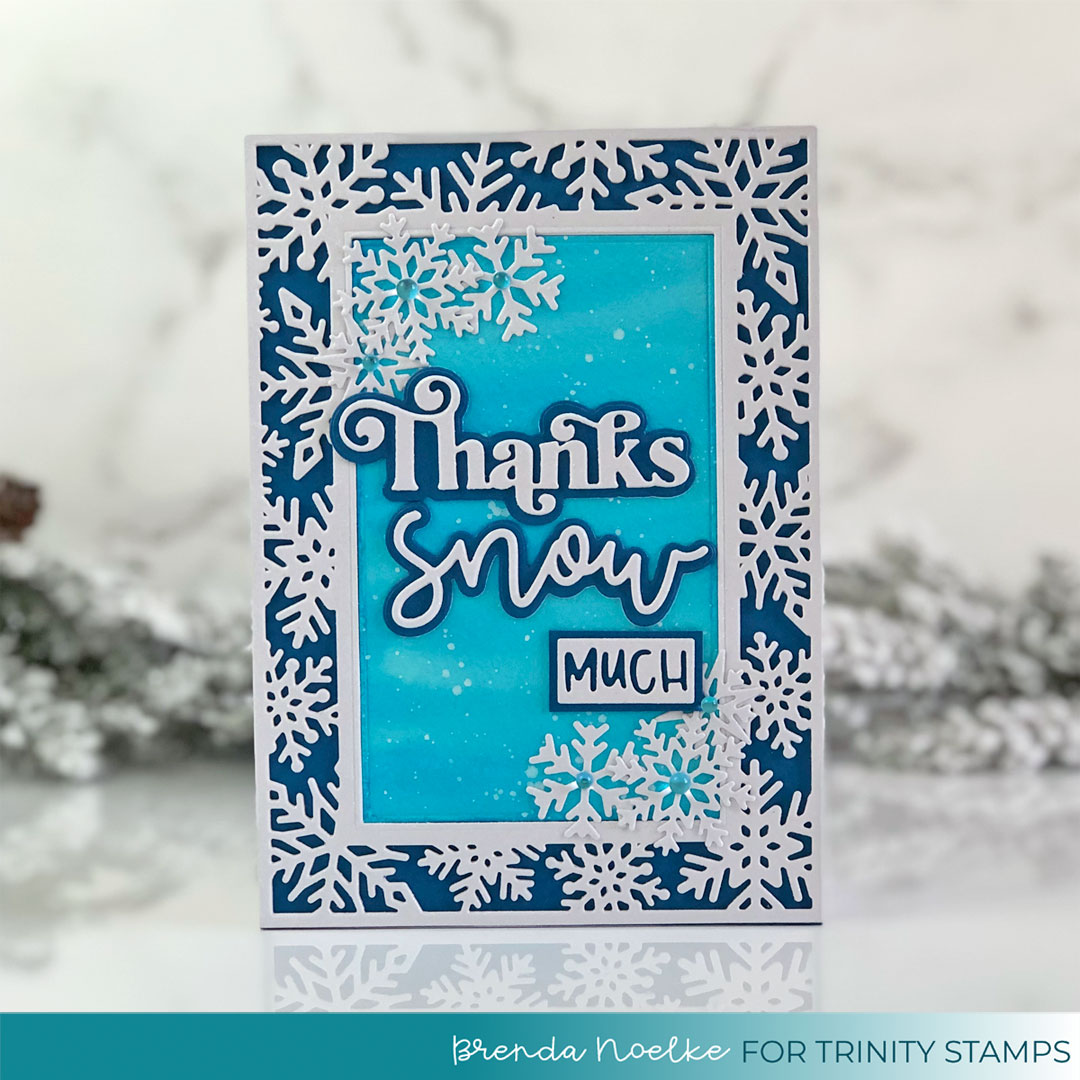 Happy Friday, Trinity friends!! Did you get a chance to hop along on Instagram to celebrate the Holiday Happy Dance Release? Such a fabulous release!!

One of my favorites from the release is the A-7 Snowflake Frame Die Set!! I absolutely LOVE snowflakes, so I fell hard for this set!! Let’s get to my card…

I started by die-cutting the frame in the A-7 Snowflake Frame Die Set once from white iridescent glitter cardstock and twice from heavyweight white cardstock. I stacked and adhered them together for dimension, with the glitter layer on top.

Next, I watercolored a panel of Trinity Slimline Mixed Media Paper with InkOn3 Peacock Blue Ink. Once it was dry, I die-cut it with a die from the A-7 Snowflake Frame Die Set and splattered it with diluted white gouache. I also die-cut a panel of blue cardstock with the largest die in the Modern Embossed A7 Stack Die Set.

I die-cut a few of the snowflakes (also from the A-7 Snowflake Frame Die Set) from white iridescent glitter paper. I combined the Simply Sentimental – Thanks Die Set with the dies in the A-7 Snowflake Frame Die Set to create a custom greeting. The top layers were cut once from white iridescent glitter cardstock and twice from heavyweight white cardstock. The bottom layers were cut from blue and white cardstock, then they were all stacked and adhered together.

All I needed to do was adhere everything to a white A7 card base.

I really love all of the dimension from the stacked die-cuts!!

Thanks “snow” much for joining me today!! Have a wonderful weekend!!