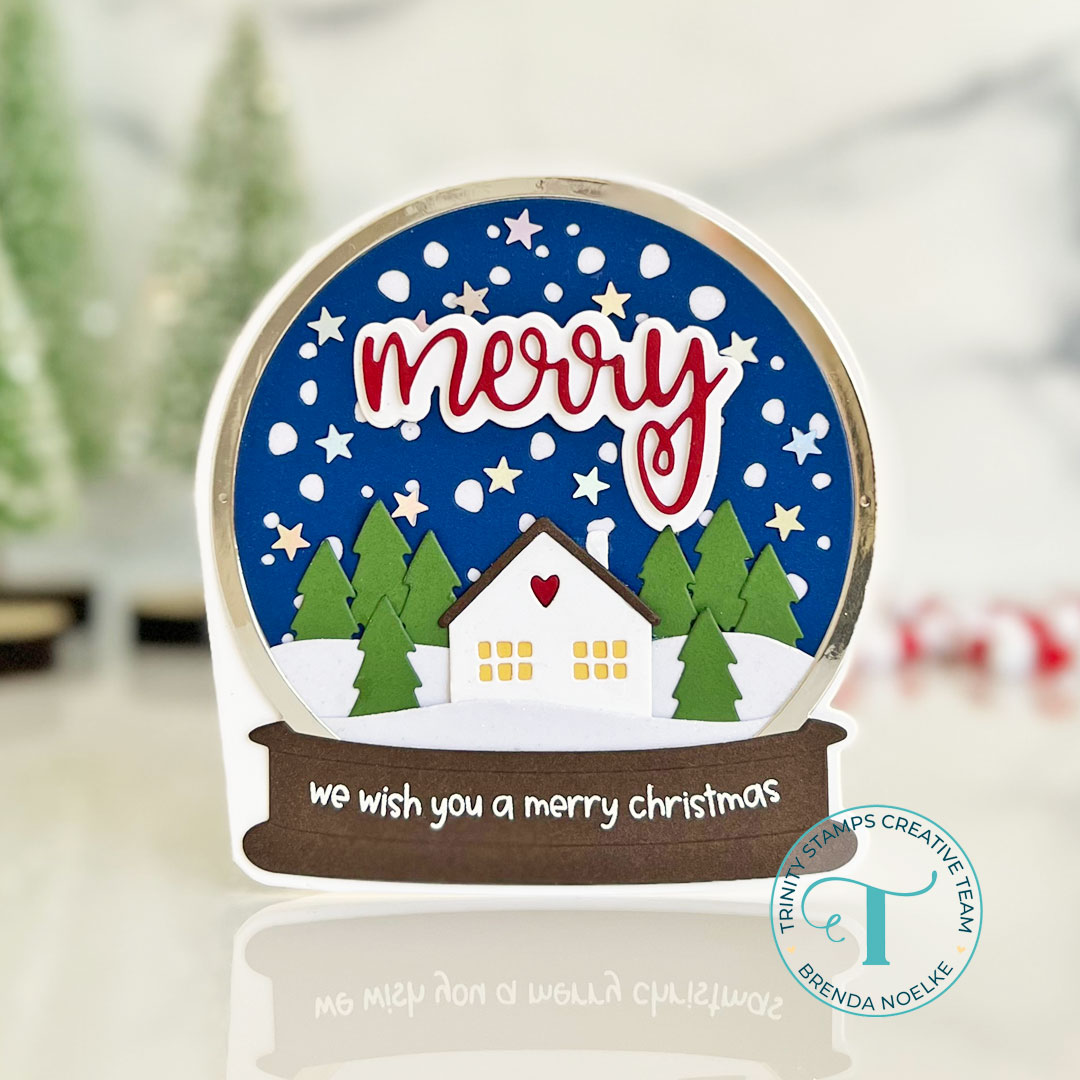 Hello, Trinity friends!! Welcome to Day 1 of sneak peeks for the upcoming Sparkle Season Release!! The release will be available to purchase on October 5th!!

I have a fun shaped card to share with you featuring the new Snowglobe Card Die Set!! I am a HUGE fan of shaped cards and this one is AMAZING!! Let’s get started!!

I began by die-cutting the components of the snowglobe. The base was cut from brown cardstock, the globe from silver mirror cardstock and the sky and snow from dark blue & white iridescent glitter cardstock.

I adhered some yellow cardstock behind the house to peek through the windows and I die-cut the trees from green cardstock. The sentiment, from the Tree-mendous Christmas Stamp Set, was white heat embossed onto the base of the snowglobe.

I adhered all of the die-cuts together with liquid glue and added a scrap of red cardstock behind the heart cut-out in the house.

I wanted to add something to the sky portion, so I die-cut the top layer of “merry” once from red cardstock and twice from heavyweight white cardstock using the Merry Christmas Senti-mini Die Set. The bottom layer was cut one time from white cardstock. They were stacked and adhered together, then adhered to the front of the card.

The holographic Oh My Stars embellishments were the perfect finishing touch to add a little more shine!!

That’s it! I really love how this turned out!!

Thanks so much for stopping by!! Stay tuned for more sneak peeks!! The release will be live on October 5th with an inspiring Instagram and YouTube hop to celebrate!!