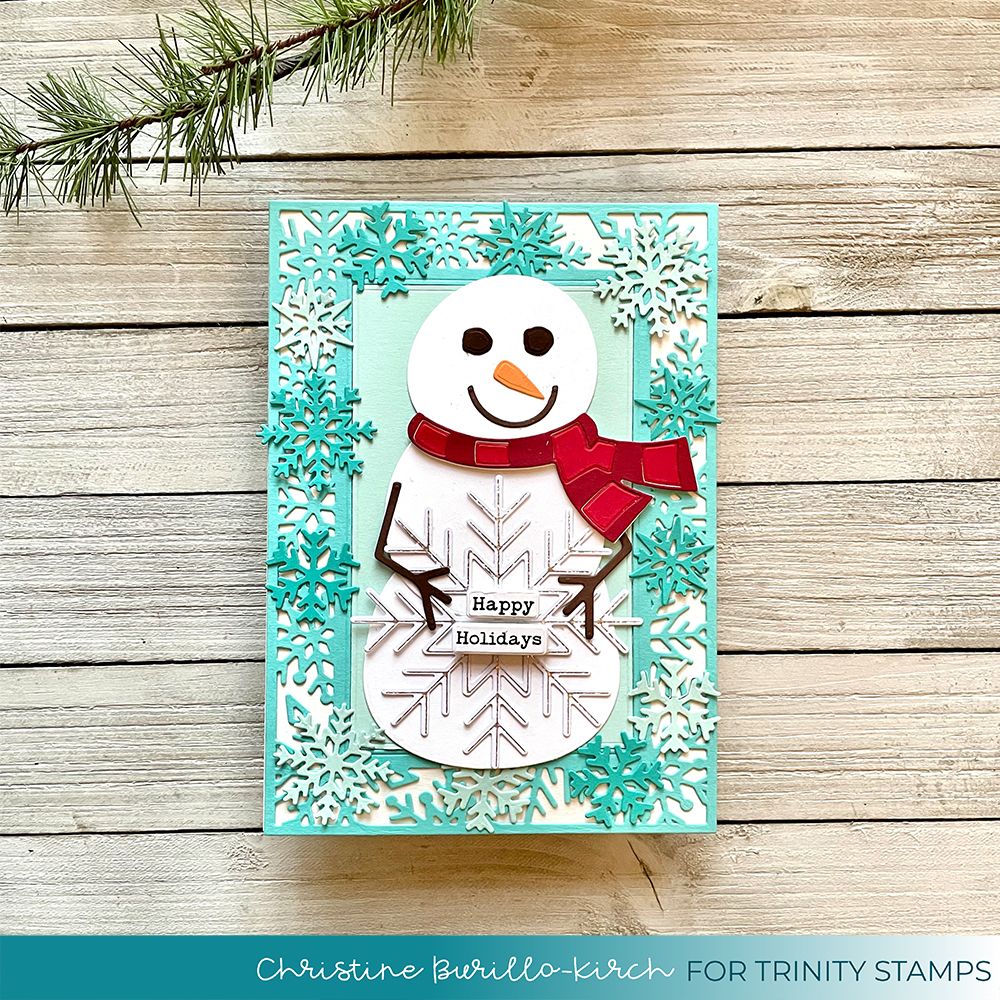 Hello there, Christine here with an A7 card using the Slimline Happy Snowman die set and the new A7 Snowflake Frame die set. I wanted the background to be snowflakes in several shades of teal, so I went through my stash and found several shades.

I used the Big Snowflake Cut & Foil die set to foil a snowflake that I then die cut. I will say that before adhering everything in place, I spent a lot of time moving things around until I liked the placement. I then stamped a sentiment onto white cardstock and adhered it to the card with a foam backing to make it stand out more.

One thought on “Snowy Snowman Card”