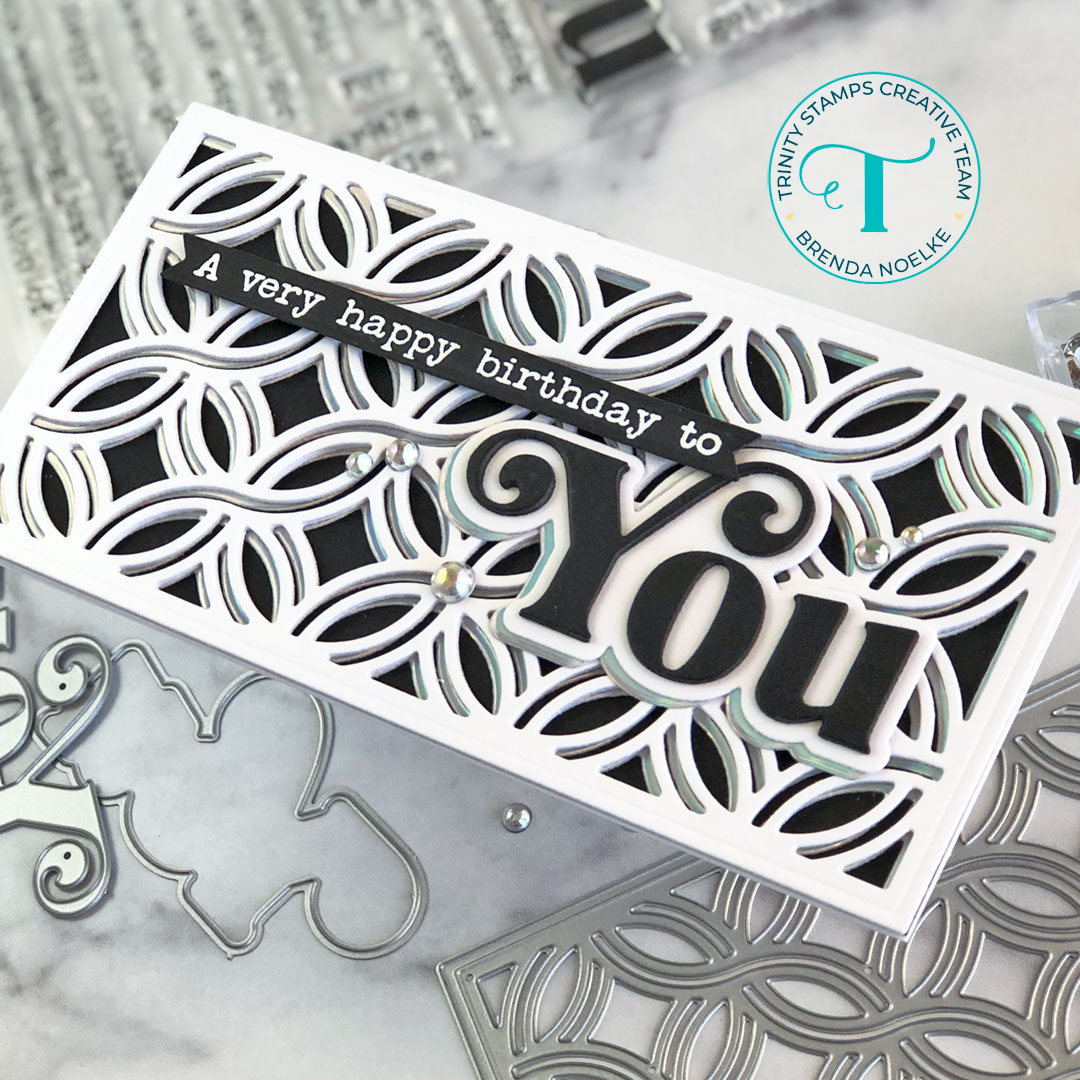 Hey, Trinity friends!! I hope you had a great week!!

I’m taking a break from Christmas cards to make a few birthday cards!! We have several family birthdays at the end of November and all throughout December. It’s hard to switch into “birthday mode” after being in “Christmas mode” for so long…lol!! I thought this was a perfect card for my brother-in-law…it’s mostly black and white but has a lot of shine thanks to the holographic cardstock. Let’s get to it!!

I began by die-cutting the Mini Slimline Celtic Twist Die from heavyweight white cardstock three times and once from holographic cardstock. I stacked and adhered them together with the holographic die-cut on the bottom, slightly offset. I trimmed the excess from the bottom and left side.

Next, I die-cut the top layer of “you” three times from black cardstock using the Simply Sentimental – You Die Cut Set. The bottom layer was cut from white and holographic cardstock. Those were stacked and adhered together, slightly offset, as well.

I trimmed a panel of black cardstock to 3″ x 6″ and adhered it to the back of the celtic die-cut, then to a white, top-folding mini slimline card base. “A very happy birthday to”, from the Simply Sentimental – You Stamp Set, was white heat embossed onto black cardstock and die-cut with a banner die included in the Simply Sentiment – You Die Cut Set.

I adhered everything together as shown, popping the sentiment strip up with foam adhesive.

The Bubble Bath Baubles were the perfect match to the holographic cardstock!!

I love the graphic black and white with the holographic shine!! Perfect for a masculine card!!