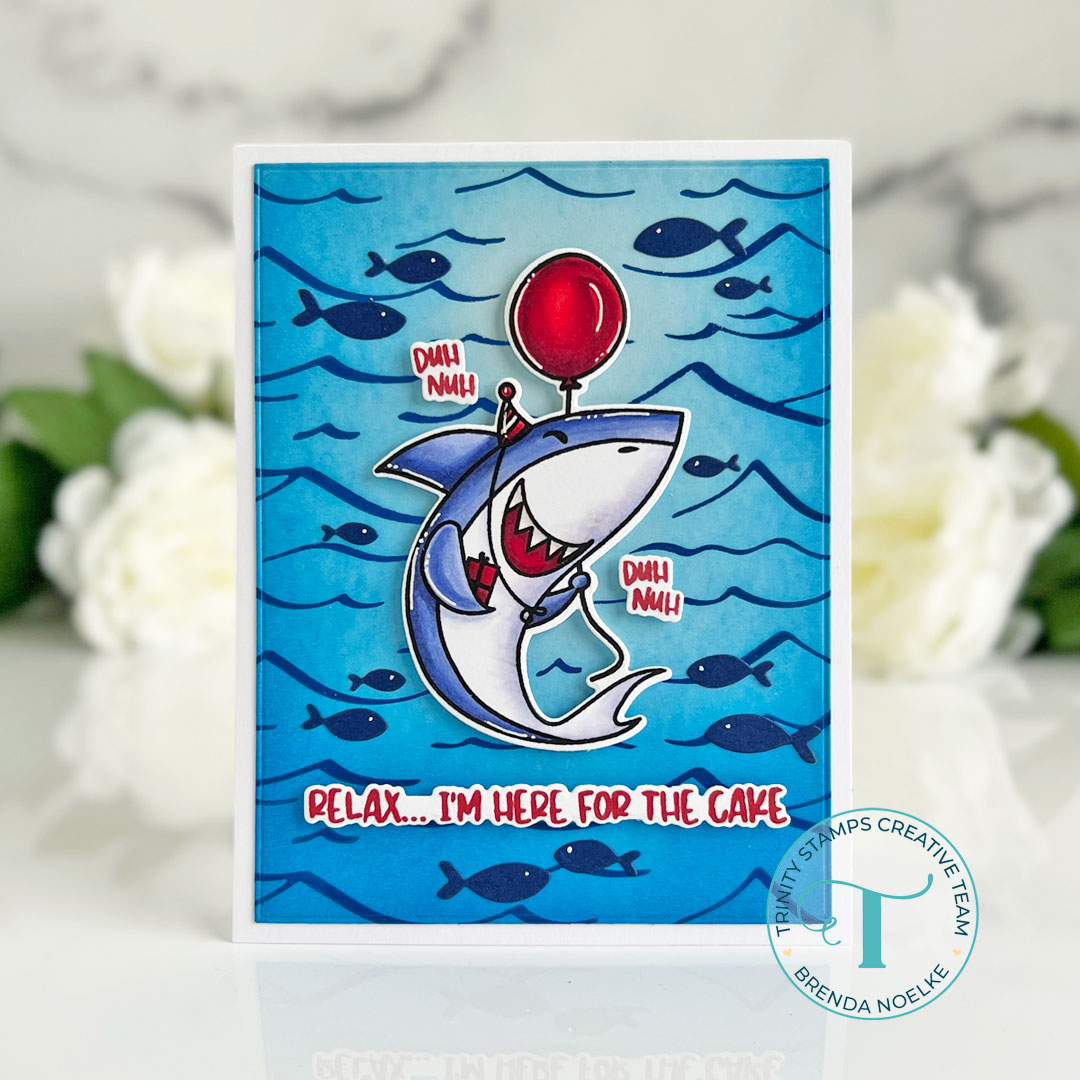 Hey, Trinity friends!! I hope this finds you all well!!

I originally had another card planned for today, but when I found out it was Shark Week I had to change things up!!

I started by stamping the shark from the Birthday Shark Stamp Set onto white cardstock with InkOn3 Blackout Ink and colored it with Copic markers. The sentiments are from the same set. They were stamped onto white cardstock with red ink. The shark and sentiments were cut out with the Coordinating Die Set, along with several fish from dark blue cardstock. I added highlights to the shark and eyes to the fish with a white gel pen.

Next, I added royal blue foil to light blue cardstock with the Shimmering Sea Hot Foil Plate and my Glimmer machine. I repositioned the hot foil plate and foiled it a second time to cover the entire panel. I inked the edges with Salty Ocean Distress Oxide Ink and cut it out with the second largest die in the Modern Embossed Rectangle Die Stack. The panel was adhered to an A2 white top-folding card base.

The fish were adhered to the backkground panel with liquid adhesive.

The shark and sentiments were popped up with foam adhesive and this card was finished!

I love how the shark looks like he’s laughing…it works perfectly with the punny sentiment!!

Thanks so much for dropping by today!! Have a wonderful Thursday!!