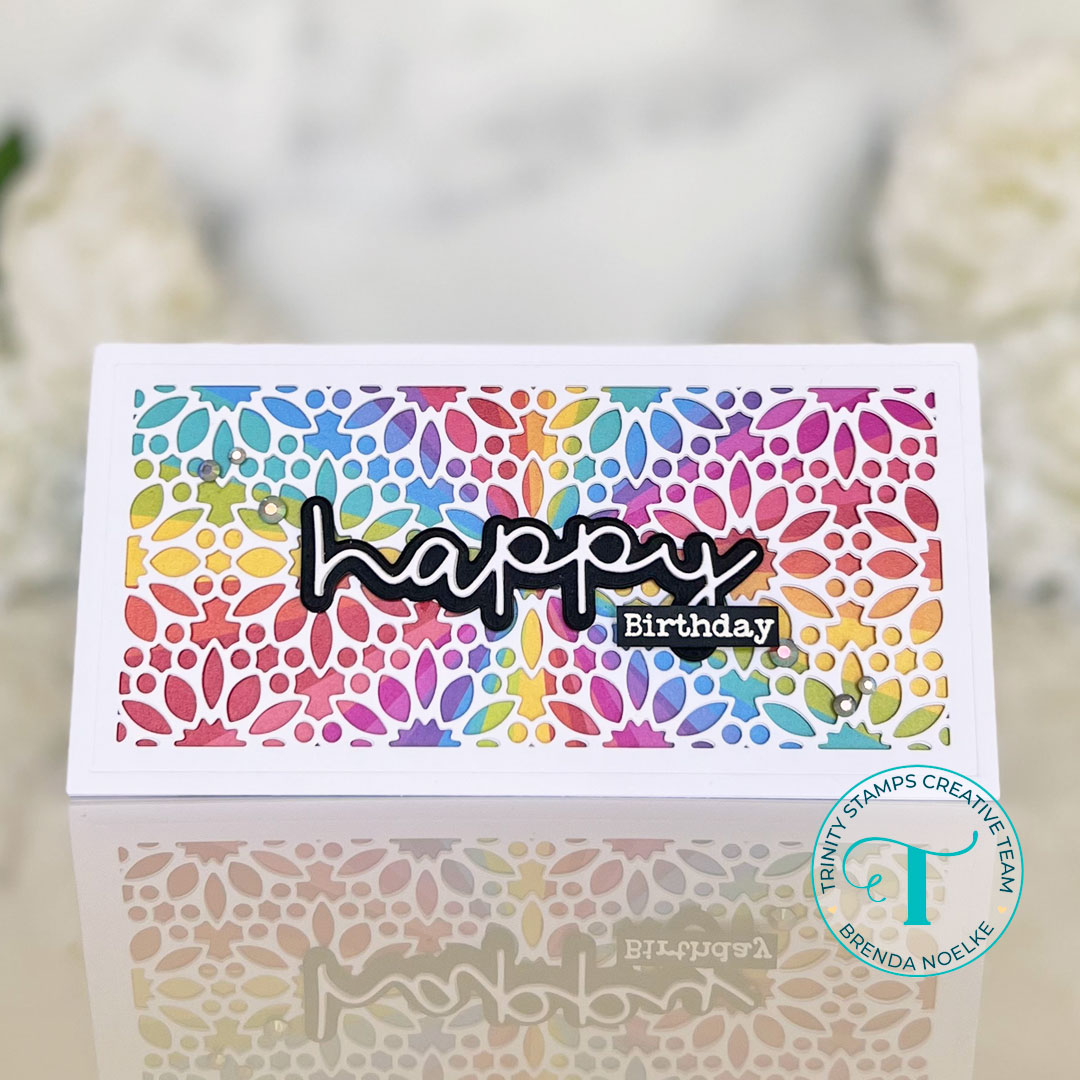 I began by die-cutting the Blossom Mini Slimline Die three times from heavyweight white cardstock, then stacked an adhered them together. I trimmed a piece of patterned paper from the Rainbow Brights Paper Pad to slimline size, then adhered it to a white top-folding card base and adhered the stacked die-cuts on top.

For the sentiment, I die-cut the top layer of “happy” three times from heavyweight white cardstock and the bottom layer twice from black cardstock using the Simply Sentimental: Happy Die Set. The layers were stacked and adhered together, then adhered to the center of the card. “Birthday” was white heat embossed onto a black cardstock strip using the Simply Sentimental: Happy Stamp Set. It was adhered with a combination of liquid glue and foam adhesive.

A sprinkling of Melanite Magic Rhinestones was the perfect finishing touch!!

I just love the combination of the rainbow colors with the graphic black and white!! This Blossom Mini Slimline Die is definitely a favorite of mine!!

Thanks so much for stopping by today!! Have a great Thursday!!