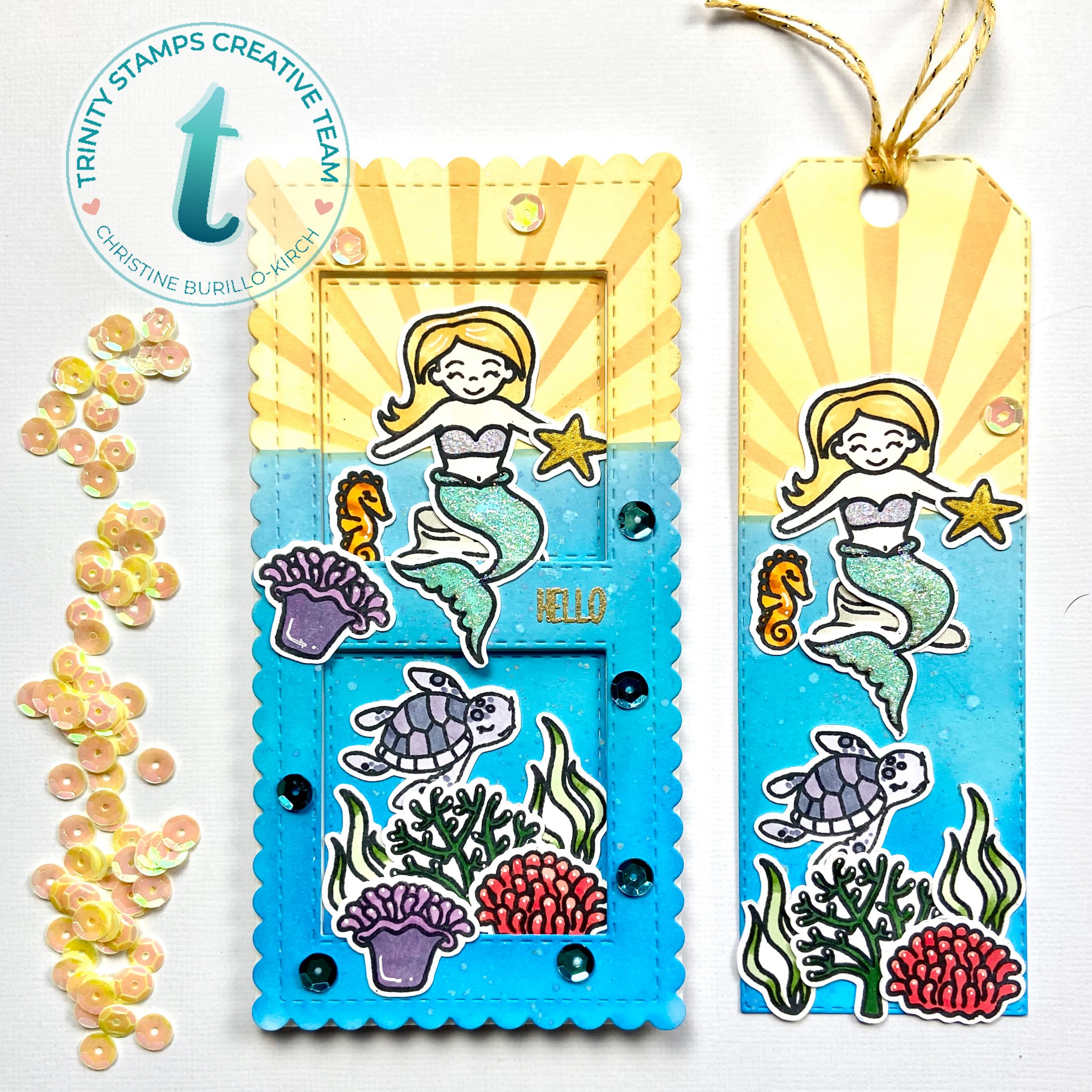 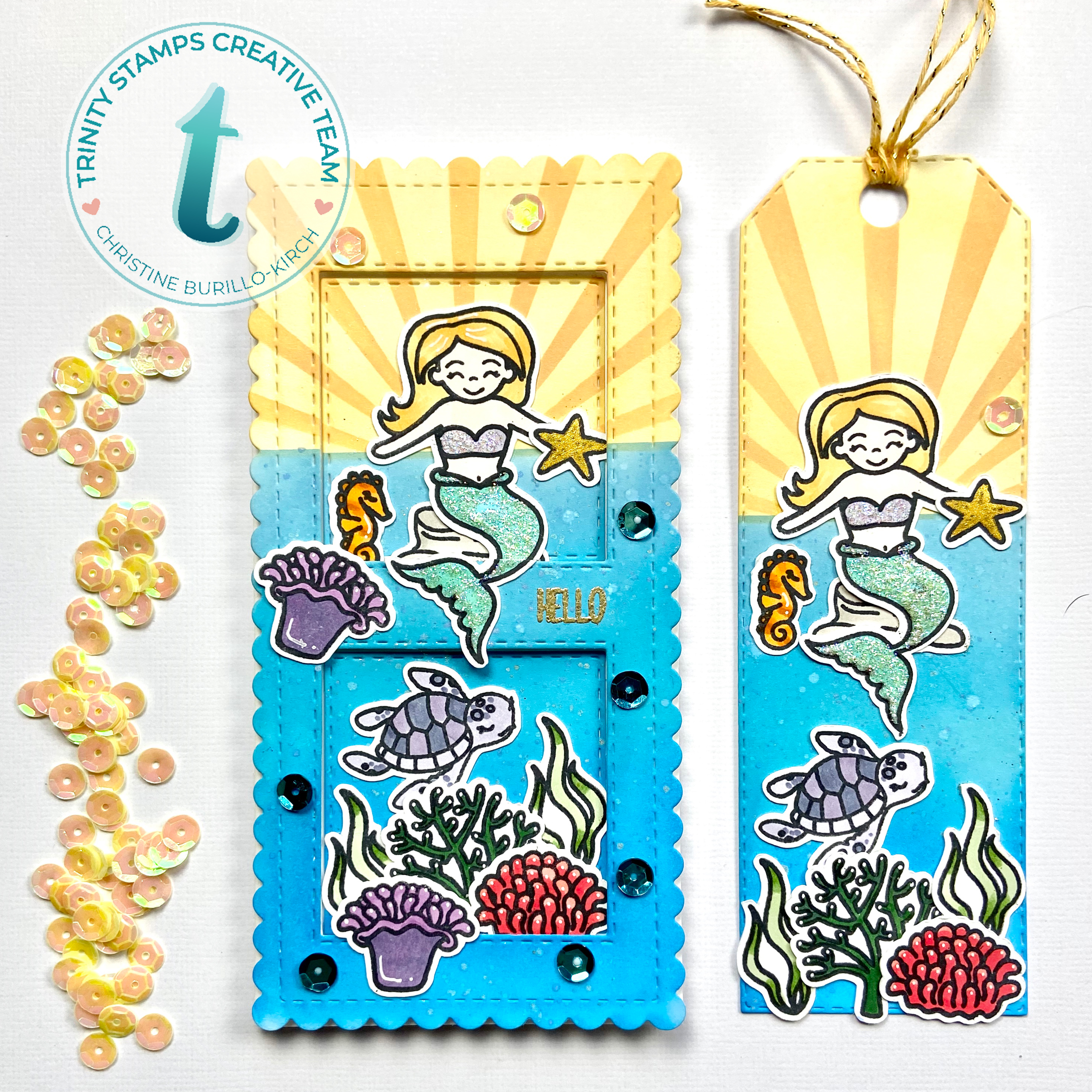 Hi there and welcome!  Today I’ve used the Narrow Card and Bookmark Die with Envelope along with the Mermaid Wishes stamp & die, the Catching Some Rays stencil set, the Ocean Reef Builder stamp & die, the Turtley Awesome stamp & die and the window die from the Slimline Card Series: Stitched Card Panels and Windows die set. To make the card:

I hope that you will try to make this, I plan to give this card with a book to a children’s hospital. Thank you so much for stopping by! 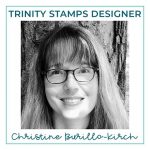 2 thoughts on “Mermaid Bookmark within a Card”