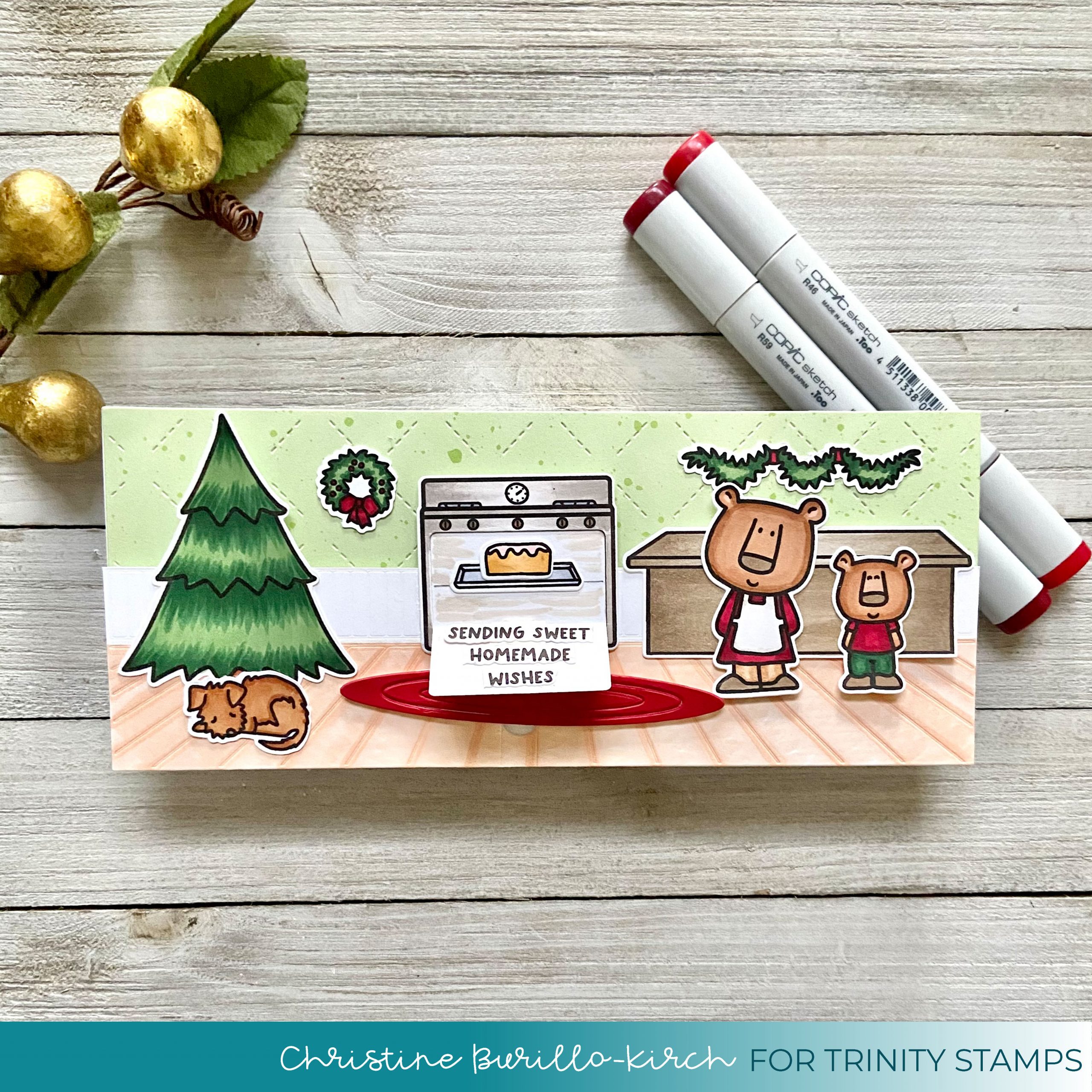 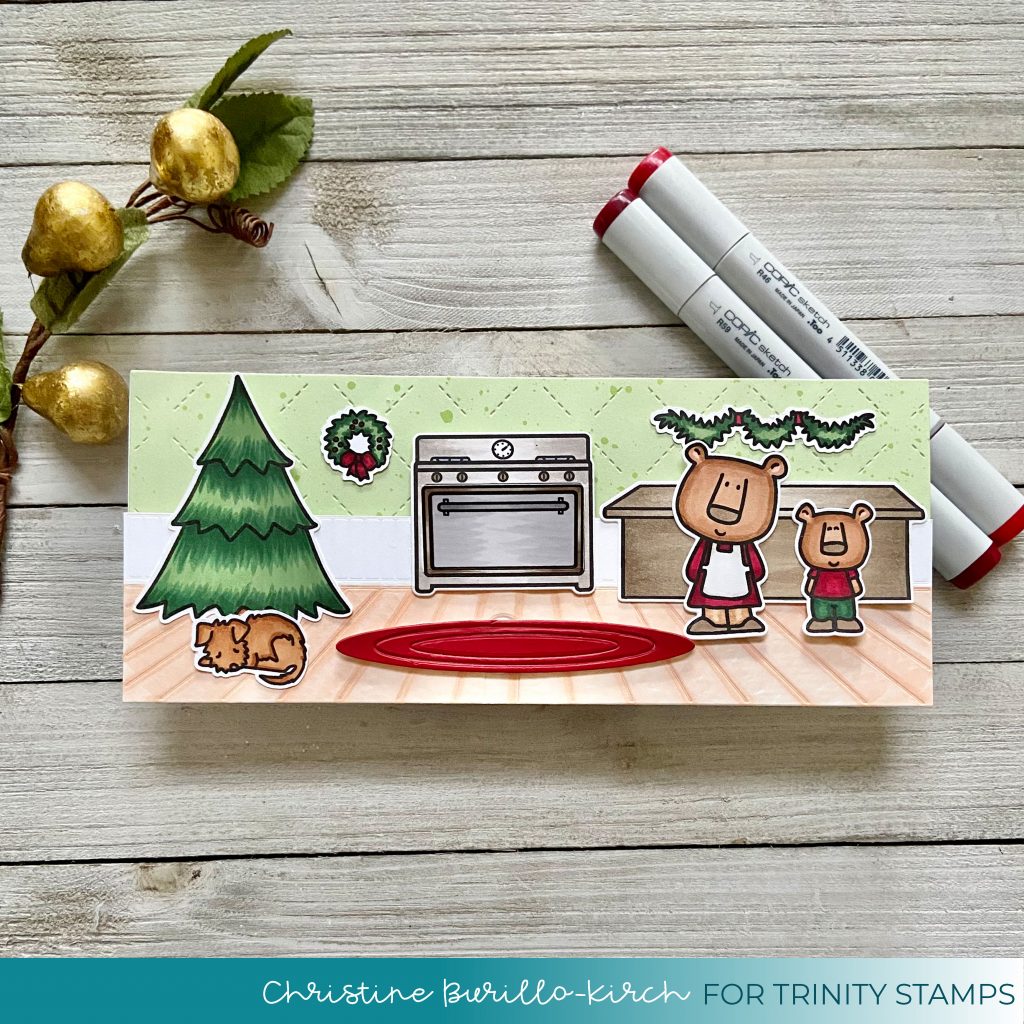 First I stamped and die cut all the elements using the Cottage Kitchen stamp & die set and Cozy Christmas Cottage stamp & die set, copic colored them simply.  I die cut only half of the room using the Slimline Series: Room Builder die set so that I had the wood flooring and white trim.  I die cut the wallpaper out of cardstock with the Slimline Series Quilted Cover Die set to save time, since I would normally ink blend with distress oxide ink.

Next I started to create a push-up hinge mechanism from scratch, as I wanted the oven to open and reveal a surprise cake & message. I cut 2 0.5 inch strips out of 110 lb cardstock. The length of the 2 strips varied and were custom made to allow the oven to open.  One of the strips had a hinge placed at the end (with 2 creases to allow easy movement); the other strip was glued to the hinge strip to provide extra support.

Next I cut a slit with a craft knife into the background (as shown below) that would be covered by the oven.  I also used a die from Slimline Twist & Slide die set for some partial die cutting as shown below, since we don’t carry a die that cuts this perfectly, I had to improvise and tape part of the floor back on.  I tried to make the sliding mechanism hidden under the rug. 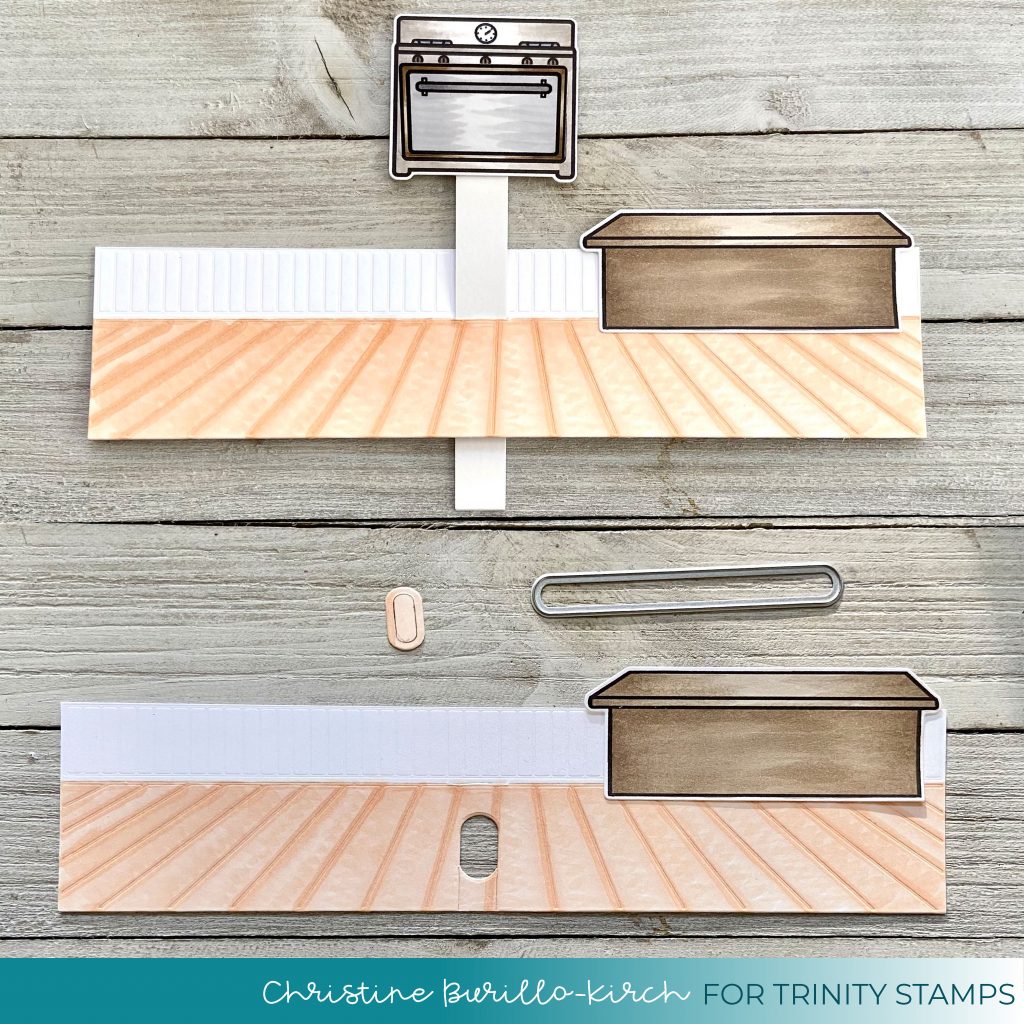 Next I slid the oven and tab back into the cut slit, trimmed the excess and then attached the rug with a double sided foam circle that fit perfectly into the oval track I created.  When you push the rug up, the oven opens, when you pull the rug back down, the oven closes. I then adhered everything into place. 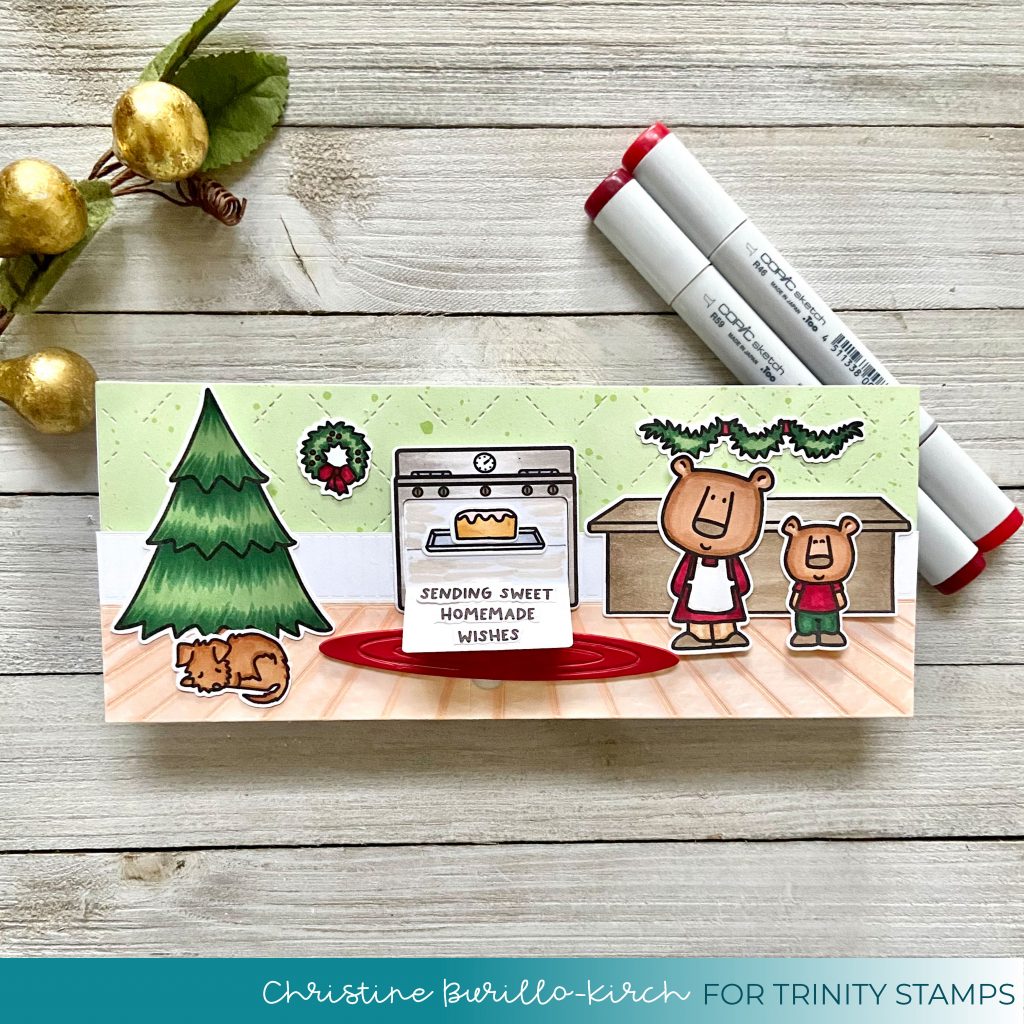