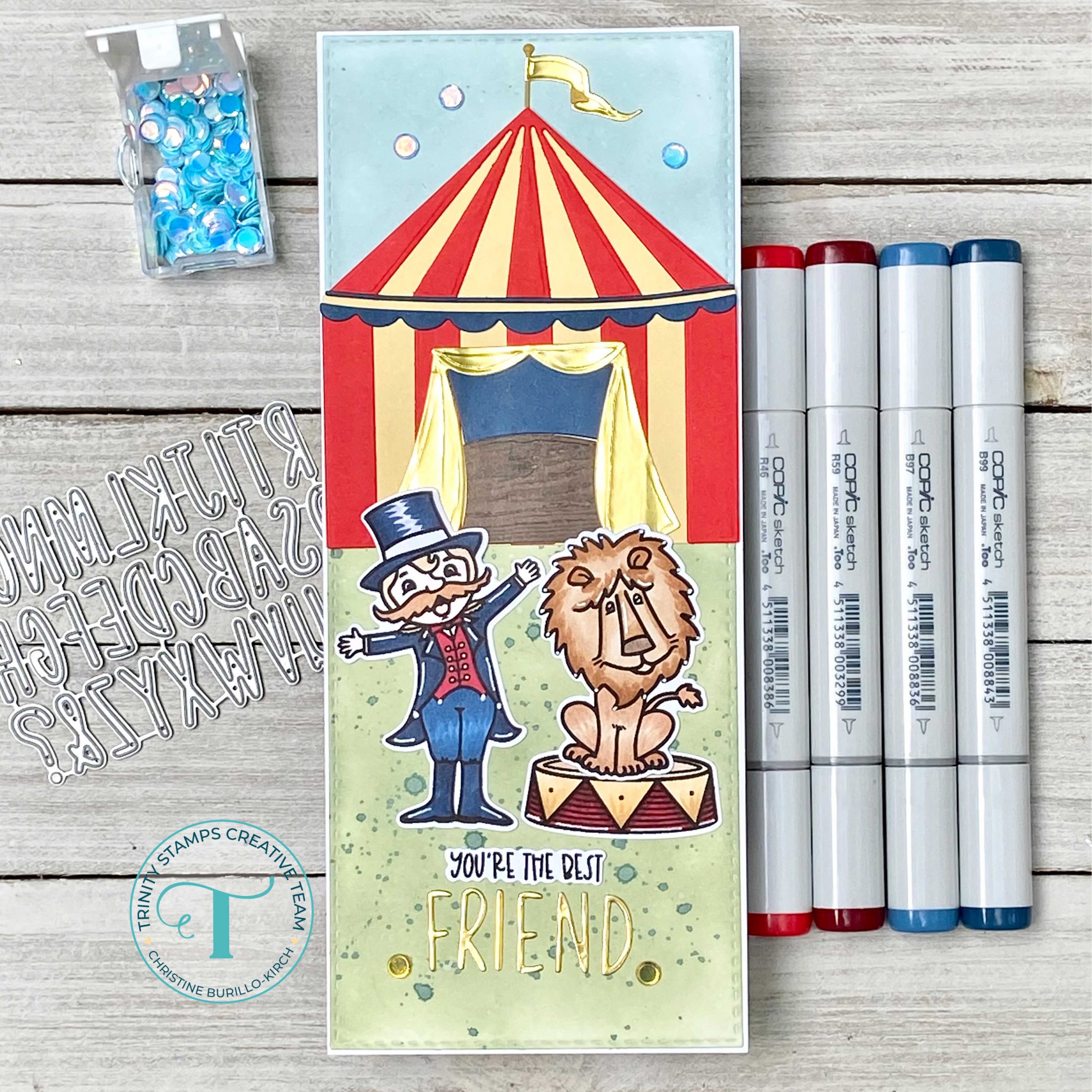 Hello there, Christine here with a slimline card featuring the Greatest Friend on Earth stamp & die paired with the Build A Big Top die set.  I wanted to do a tutorial on how to put the Big Top together step by step.

First you have to decide on the colors to use, I decided to look at my stash and I pulled out a beige/yellow, blue, red and gold cardstock to create my tent. First I cut the large tent out of yellow cardstock and the top stripes out of red cardstock. 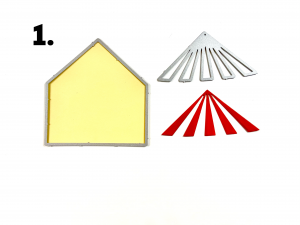 I then glued the top part of the tent to the main part of the tent as shown and die cut the tent stripes out of red cardstock that go on the front of the tent. Why are there 5 stripe dies? Each stripe (except for the center one) is slightly angled to create a more polished look on the final tent.  Only the top potion of the stripe is angled. 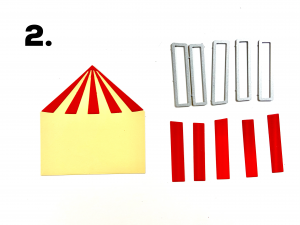 Isn’t the tent adorable- those slight angled ends create such a finished look.  Next I cut out the scalloped decorations out of blue cardstock. 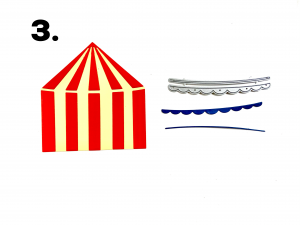 I glued the pieces on as shown so it does not cover up the yellow line between the upper and lower red stripes. Now I cut the entrance to the tent out of gold cardstock, but then I cut it out of blue and wood grain cardstock because I only wanted the curtains to be gold, but the inside to be the flooring and seating area. 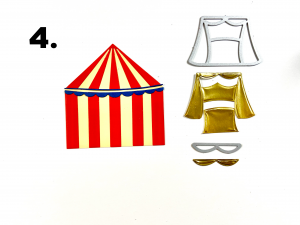 So, here is what the entrance looked like before I glued it on. I made it dark inside the tent so it just hints of a floor and seats.  The second die just cuts the top curtains to layer over the larger curtains to create extra dimension. 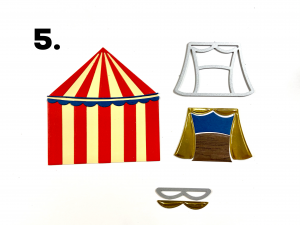 Next comes the flag- there are 3 parts to it and it’s best to use different cardstock to create the illusion of a waving flag.  I die cut the pole from a goldenrod cardstock in my stash, the flag from the same gold cardstock and then the little triangle out of the goldenrod cardstock (its a little darker than the gold. 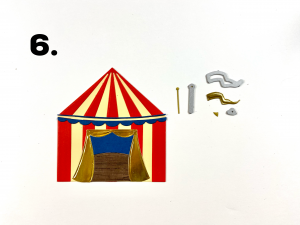 This is what it looks like when you have all the pieces of the flag together.  I think it add so much detail and dimension! 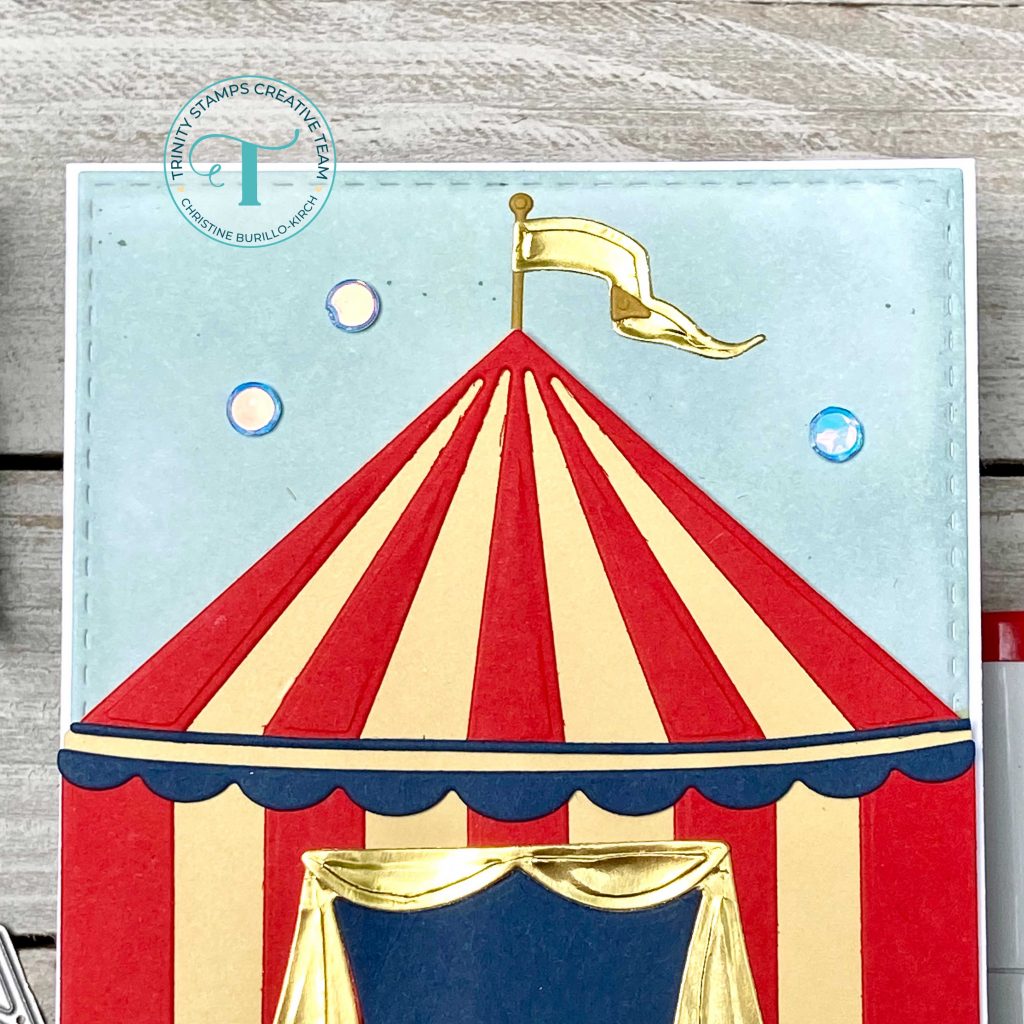 There are one final set of dies that can make a flag banner- I didn’t use it on the final card, but am just showing in the photo below how they come together. 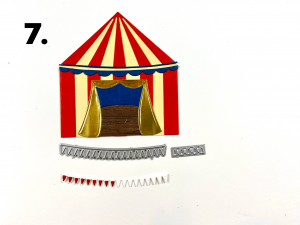 Finally I die cut the images from the Greatest Friend on Earth stamp with the coordinating die set and tried to color the images to match the tent. 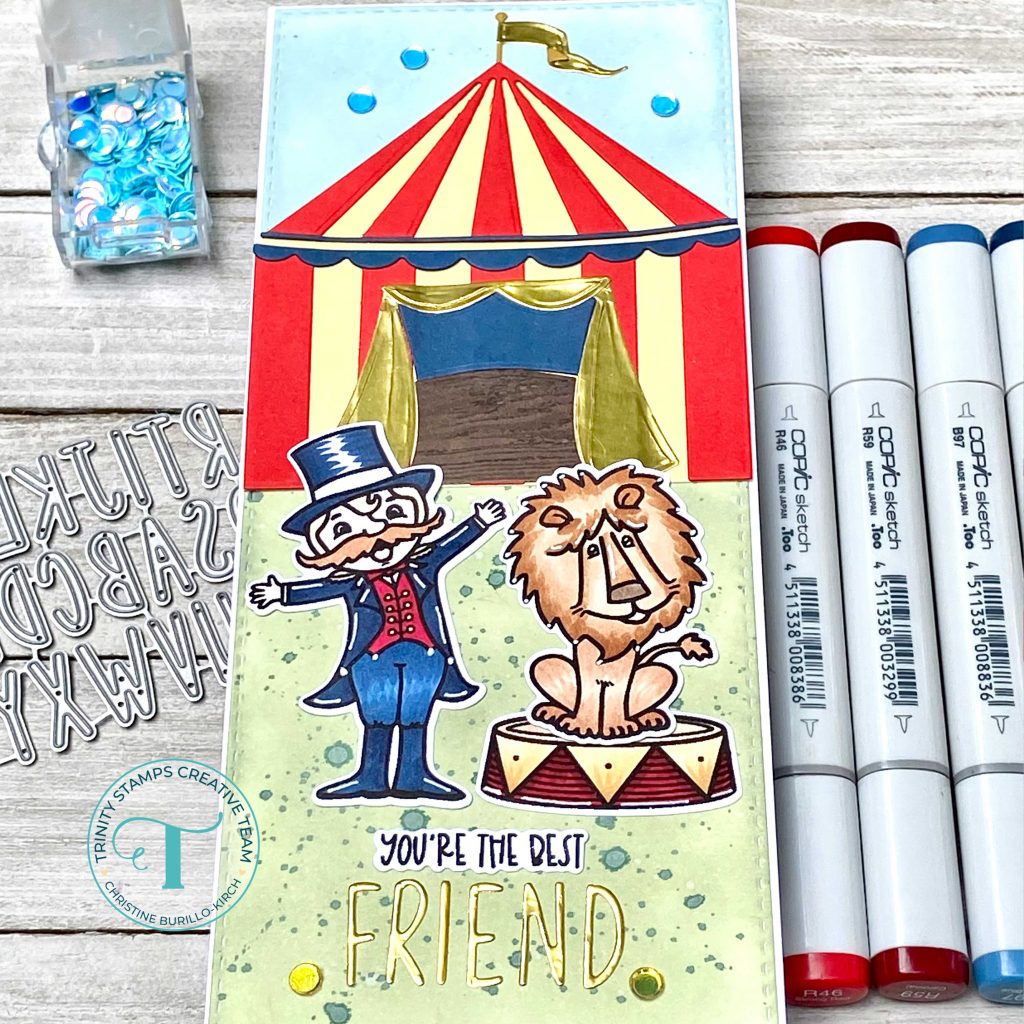 I hope that you like the card and will give the Build A Big Top die set a try- it is so much fun to put together and you get such a stunning result!