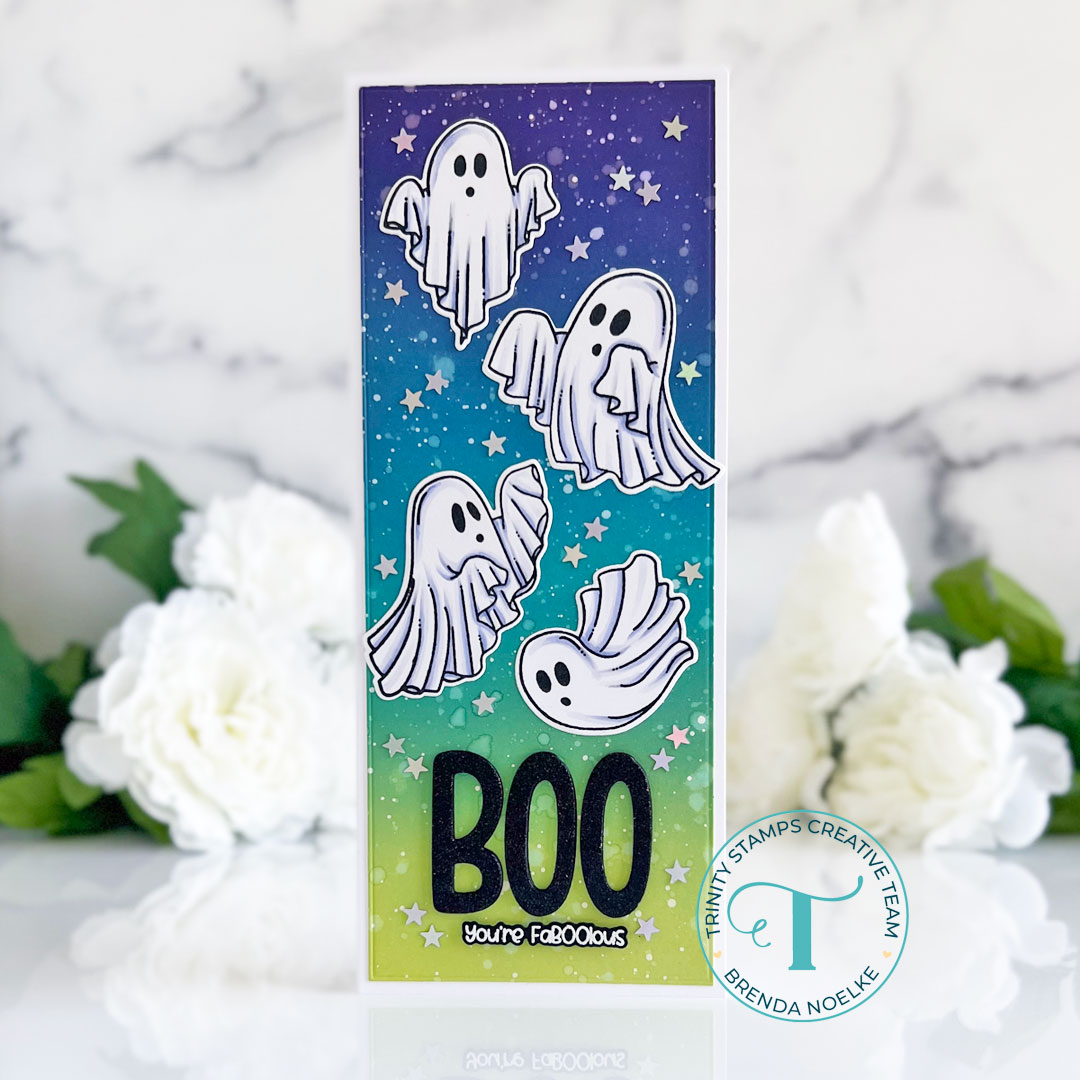 Hello, fellow crafters!! Are you enjoying all of the Autumn Gathering Release inspiration?!? Such a faBOOlous release!!

I have another slimline card to share with you today!! I just love all of the extra space for ink blending and adding adorable images, such as these Sheets & Giggles ghosts!!

I began by stamping the adorable ghosts from the Sheets & Giggles Stamp Set onto white cardstock with InkOn3 Blackout Ink. I colored them with Copics and cut them out with the Coordinating Dies.

Next, I blended Twisted Citron, Peacock Feathers and Villainous Potion Distress Oxide Inks onto a panel of Bristol smooth cardstock with the new Trinity Blending Buddy Brushes. I splattered it with water and picked up the excess with a paper towel, then splattered on some diluted white gouache. Once it was dry, I used the slimline die in the Slimline Embossed Circle Window Die Set to cut it to slightly smaller than slimline size.

For the sentiment, BOO was die-cut once from black glitter cardstock and three times from black cardstock using the Marshmallow Alphabet Die Set. They were stacked and adhered together with Gluefirend Glue. The rest of the sentiment, also from the Sheets & Giggles Stamp Set, was white heat embossed and cut out with its Coordinating Die.

The ink-blended panel was adhered to a white slimline card base with liquid glue.

To finish, I added lots of Oh My Stars Holographic Stars for tons of shine!!

Thank you so much for spending a bit of your Thursday with me!! Have a great weekend and I’ll see you next week!!

One thought on “You’re FaBOOlous Slimline”