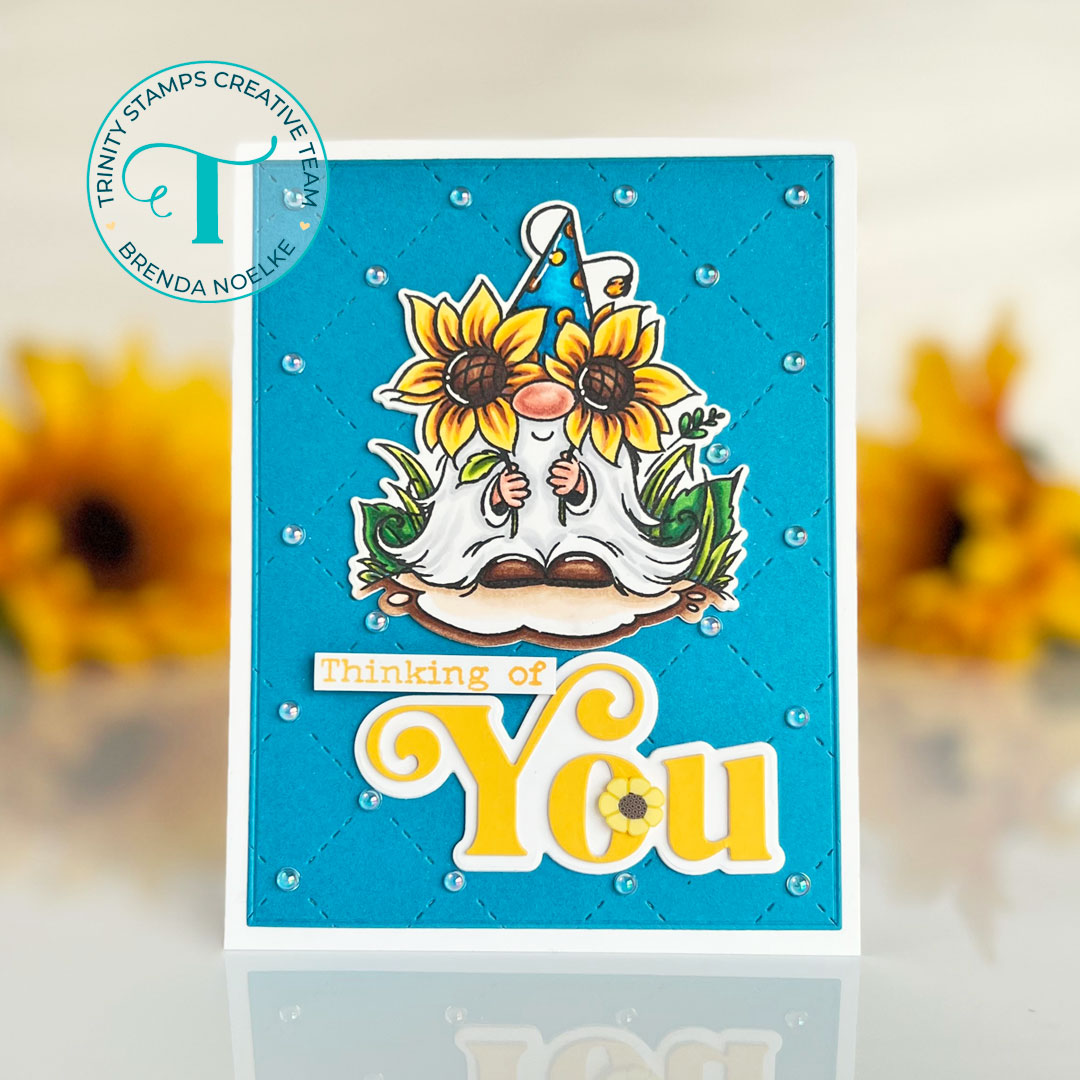 I know the war in Ukraine has been on all of our minds lately!! I decided to color the gnome from The Bright Side Stamp Set, since he’s holding sunflowers and create a card in the colors of the Ukrainian flag. Let’s get started!

I started by stamping the gnome from The Bright Side Stamp Set with InkOn3 Blackout Ink. After coloring him with Copics, I cut him out with the Coordinating Die. I also die-cut two more layers from heavyweight white cardstock and adhered them to the back of the colored one for dimension.

Next, I die-cut the A2 Quilted Coverplate Die from blue cardstock. This die cuts the panel to an A2 size, but I wanted a white border around it, so I die-cut it with the second largest die in the Embossed Edge Rectangle Stack Die Set. It was then adhered to a top-folding white card base.

The gnome and “you” die-cut were adhered to the quilted panel with liquid adhesive. The “thinking of” strip was popped up with foam adhesive.

I adhered Bubble Blow Out Embellishments to the quilted background panel at the intersections.

Lastly, I adhered a Sunny Seeds Sprinkle to the right side of the “o” in “you” and added highlights to the gnome with a white gel pen.

Thank you so much for stopping by today!! Have a great day and I’ll see you next Thursday!!