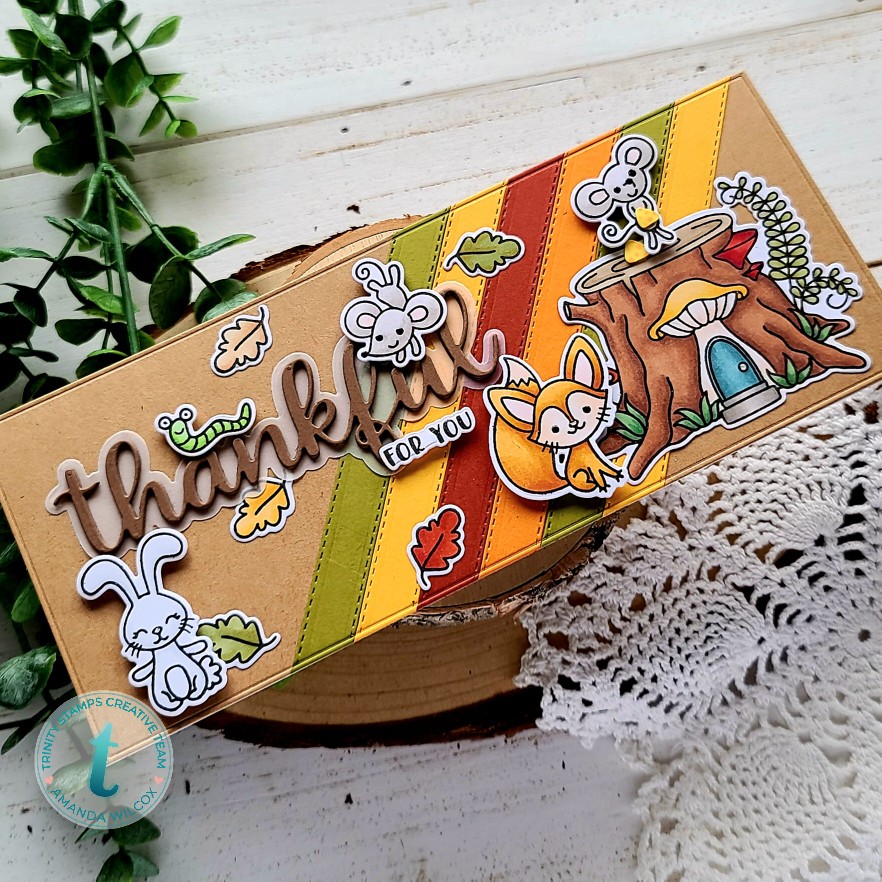 Hey friends! It’s Amanda from Twiddler’s Nook joining you today! I want to start off by saying Happy Thanksgiving and I hope you all have a wonderful holiday! We are so thankful for each and every one of you. That’s why I made a special card to share with you all today. 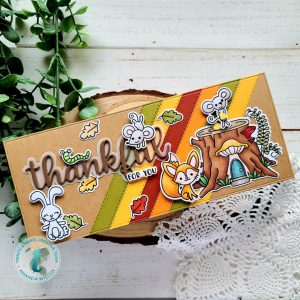 I had an idea in my head so I started by die cutting the a variety of colors of the middle size in the Slimline Stitched Strips set. I used tape runner to adhere them to a kraft cardstock panel and then used largest Slimline Modern Embossed Panels die to cut that whole thing out. That way the embossed edge goes all the way around. I just love this finished look. Then I cut out the Scripty Thankful and it’s shadow and adhered them together. At this point I thought I would use a different image but it didn’t fill the card like I wanted. So I kept looking and found my SUPER FAVORITE mice from House Mouse and their buddies in Bunny Burrow! 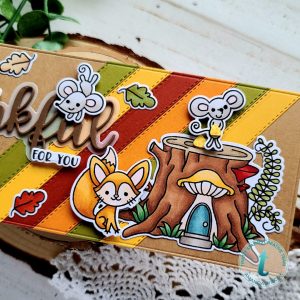 So, after laying my images out to get an idea how many I could fit, I stamped everything and colored them all with my copic markers. I used the coordinating Mouse House and Bunny Burrow die sets to cut the images out and began adhering them. I used a combo of foam squares and liquid glue. 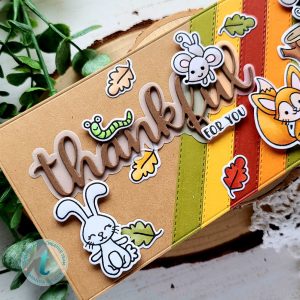 I also adhered the die cut sentiment and decided it would be fun to finish it off so I pulled out the Thankful For You stamp set and stamped the “for you” portion from there. I used the coordinating dies to cut it out and adhered it as well. 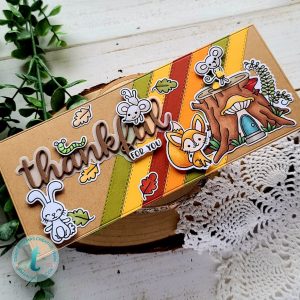 Finally, I moved on to finishing touches, which were pretty simple. I used black glaze pen on all the eyes and mouse noses, then glossy accents on the other critter noses. Last but not least, I added some clay cheese embellishments to the mouse standing on the mouse house.

One thought on “Thankful For You”