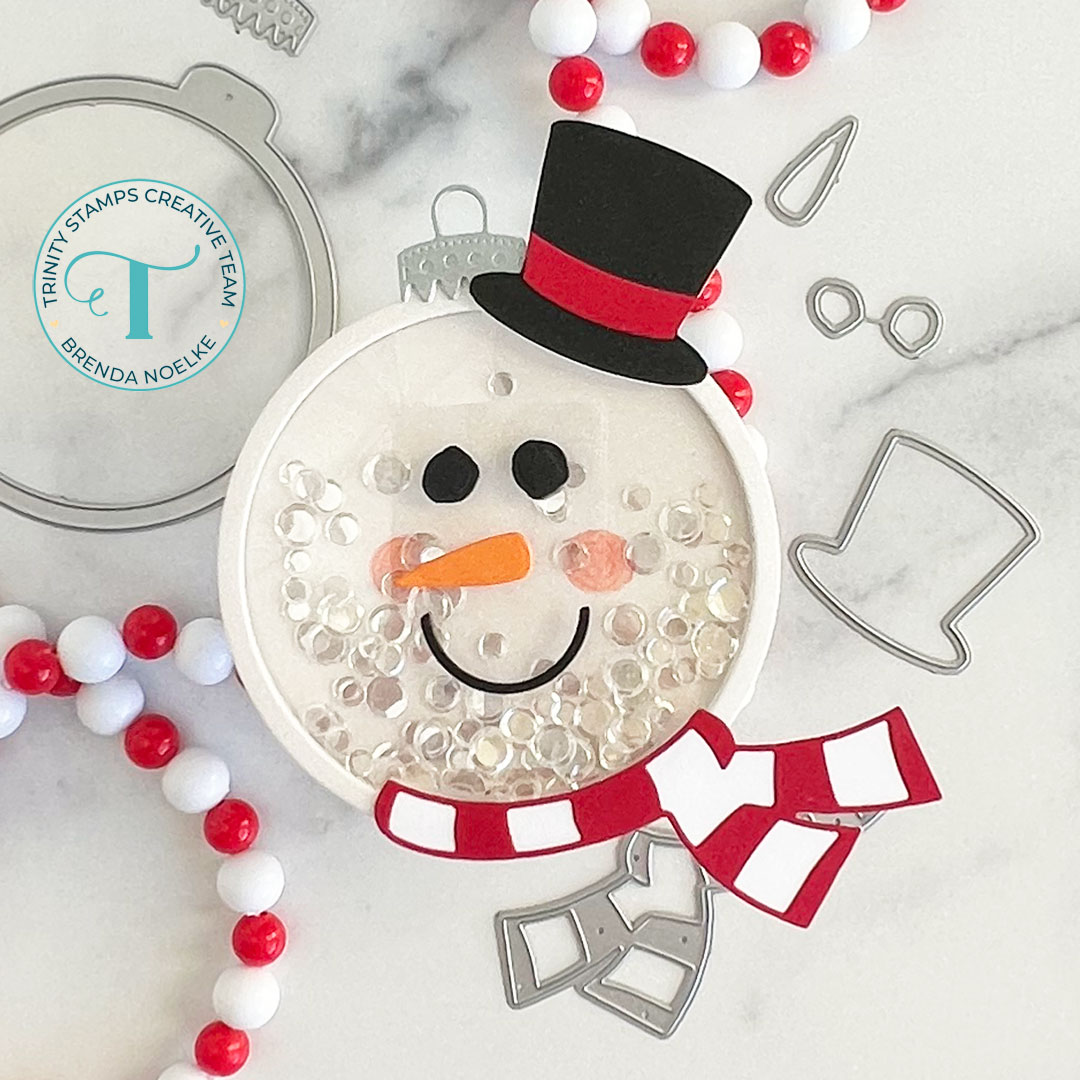 I glued the ornament layers together with liquid glue, snadwiching the acetate layer between the top glitter layer and the second layer. The solid glitter circle was adhered to the white circle and I added some rosy cheeks onto the glitter paper with a Copic marker.

Rock Candy Confetti was added to the half with the acetate and the back was adhered to it with liquid glue, sealing in the shaker bits.

Then all I had to do was add his accessories!! They were all adhered with liquid glue and this darling ornament was finished!!

These would also be adorable to use as a tag on a gift, then add it to the tree later!!

Thanks so much for stopping by today!! Have a great weekend and I’ll see you next Thursday!!