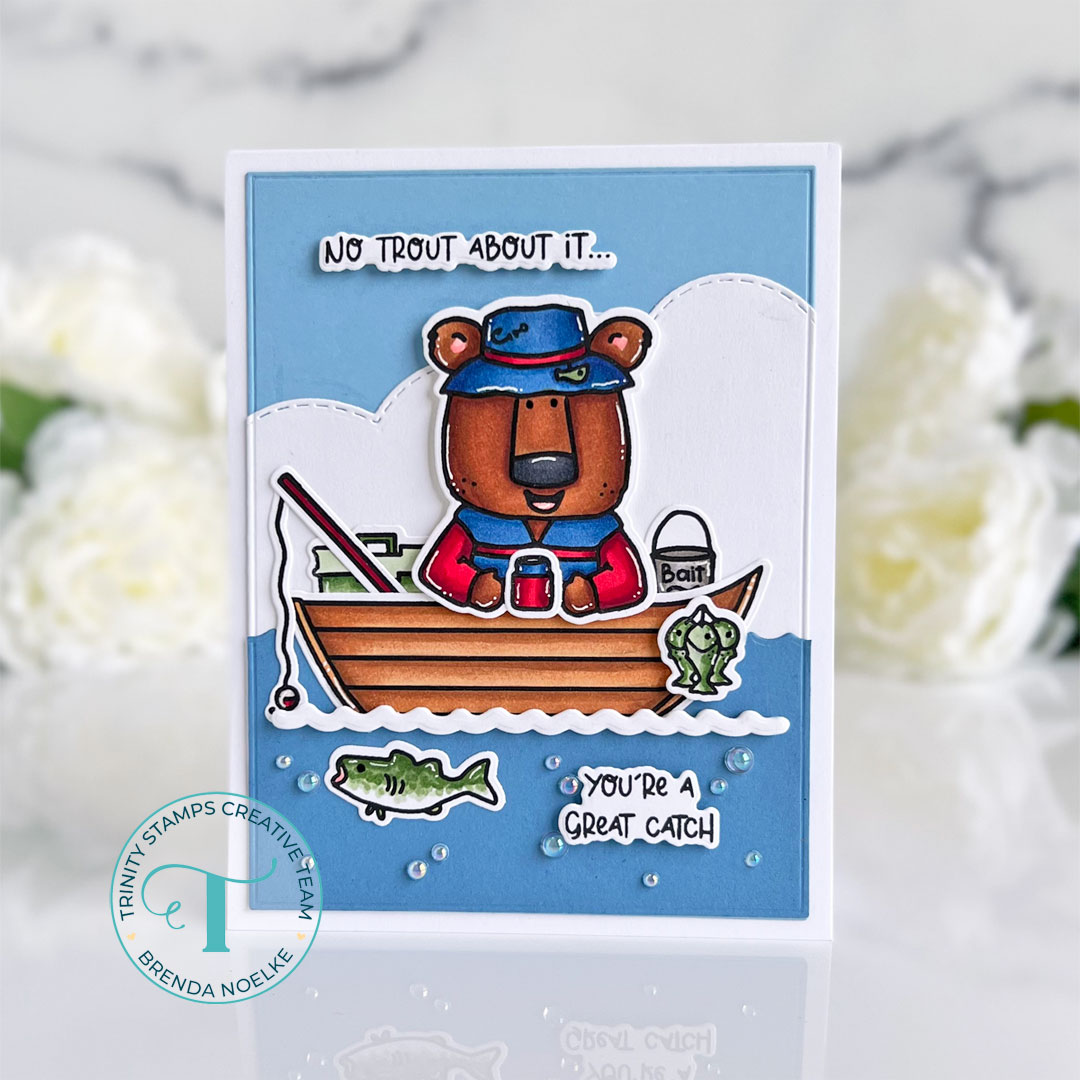 Next, I die-cut a panel of blue cardstock with the second largest die in the Modern Embossed Rectangle Stack Die Set. (One of my most-used die sets & it’s ON SALE!! I LOVE the embossed edge!!) The cloud die from the Slimline Series: Rainbow Builder Die Set was cut from white cardstock and the darker blue panel was cut with a die in the Cozy Bear Boater Die Set. I also die-cut the clouds and water with the rectangle die to get the embossed edges.

The Bubble Blowout Embellishments were the perfect finishing touch!!