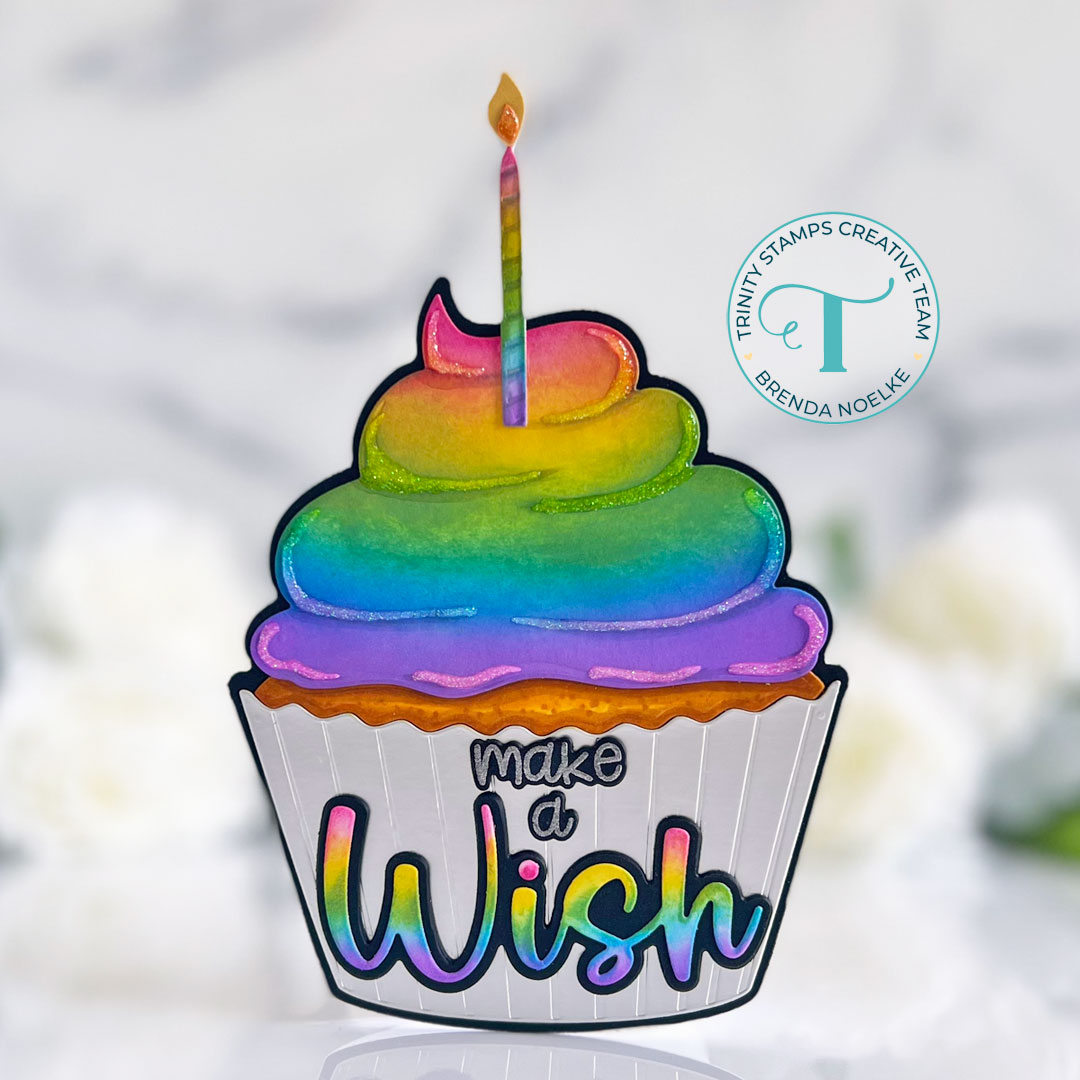 Happy Thursday, Trinity friends!! I don’t know about you, but I’m looking forward to the long holiday weekend!! We have some friends coming to the lake, so I’m ready for some serious relaxation!! I hope you have some fun plans, or maybe a little extra time to craft?!?

I have a fun, cupcake-shaped card to share featuring the Cupcake Card Die Set!!

I began by die-cutting the card base from heavyweight white cardstock and the cupcake liner from frosted silver cardstock using the Cupcake Card Dies. I wanted my cupcake to have a black outline around it, so I cut the card base die again from black cardstock and trimmed it along the score line.

Next, I die-cut the frosting, cake, candle, flame and top layer of “wish” from white cardstock. I colored the cake with Copic markers and ink-blended the other die-cuts with Wilted Violet, Mermaid Lagoon, Mowed Lawn, Mustard Seed and Picked Raspberry Distress Oxide Inks. The bottom layer of the sentiment was die-cut three times from black cardstock, then stacked and adhered together under the ink-blended layer.

All that was left to do was adhere it all together. I did add an extra candle and flame die-cut from heavyweight white cardstock behind the colored ones for stability.

I added some lines of glitter with a bottle of Nuvo drops for some sparkle. Since I used Distress Oxide Inks, it took on the color of the ink underneath it…happy accident!!

I really love the silver foil cupcake liner…I just wish it was easier to capture in photos!!

I absolutely love shaped cards and this one is no exception!! Without the candle, this will fit into an A2 envelope, but I’ll just put it in a larger one, as I think it adds so much!!

Thanks so much for stopping by today!! Have a great weekend and I’ll see you next Thursday!!

One thought on “Make A Wish Cupcake Shaped Card”