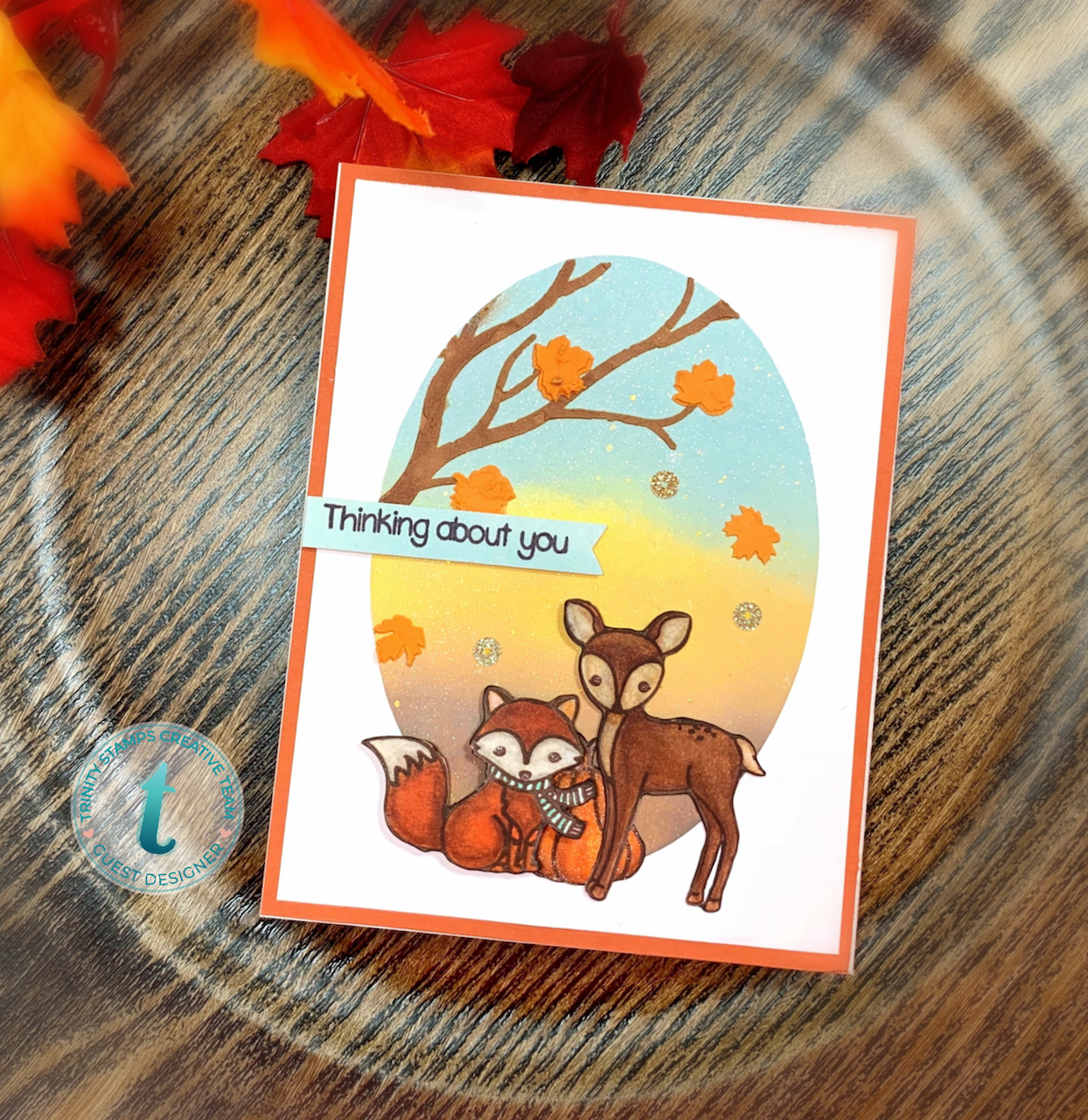 Hi everyone! Priscilla from “Nubble Light Designs,” back again on Trinity’s blog today as their Guest Designer for September. Today I have two cards for you featuring Trinity‘s “Forest Friends” stamp set, several of their slimline dies, and their “Autumn Tree” stencil. Let’s jump in! 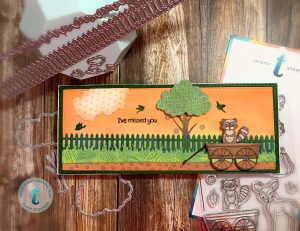 First, I created a slimline background by ink blending several of my autumn “go-to” colors of Distress Oxide inks. (And I’m keeping it real here showing you my “Artist?-at-Work” messy desk.) 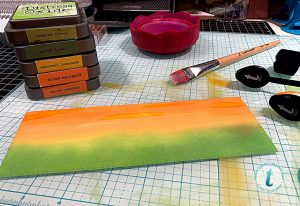 Next, I die cut several of the elements from Trinity’s “The Great Outdoors Borders and Builders Die Set,” did some more ink blending, and then, for added interest, ran every die cut through different embossing folders I had in my stash to add a multitude of textures to the scene. 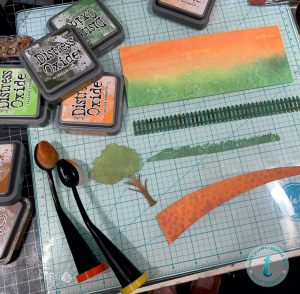 After coloring the raccoon and wagon images from the “Forest Friends” stamp set, I assembled my scene (such fun!) and added the sentiment “I’ve missed you” from Trinity‘s “Succulent Banner” stamp set. Finally, I used the two largest Trinity “Stitched Card Panels and Windows” frames to create a border for this slimline scene, and added a few gold sequins from Trinity‘s “Autumn Leaves Embellishment Mix” for a finishing touch. 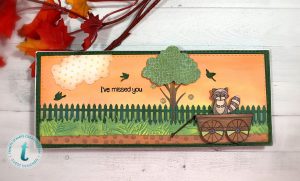 I created an A2-size card next. This card stars two other critters and the pumpkin from Trinity‘s Forest Friends” stamp set, plus Trinity‘s 2-piece “Autumn Tree” layering stencil. 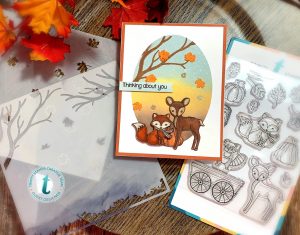 I began with an oval stencil from my stash and ink blended some more Distress Oxide inks to create a soft backdrop. 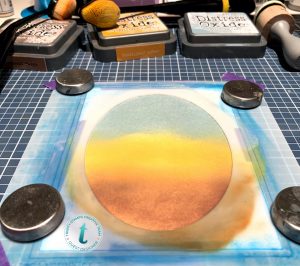 Then using the branches layer of the stencil, I tinted white embossing paste brown and carefully spread it over the openings. 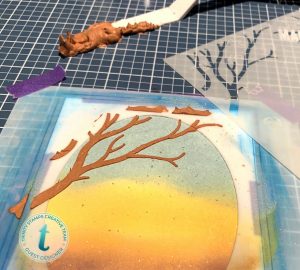 After the paste dried, I used the leaves layer of the stencil and did the same thing, but tinting white embossing paste a light orange this time. (Messy, yes, but fun!) 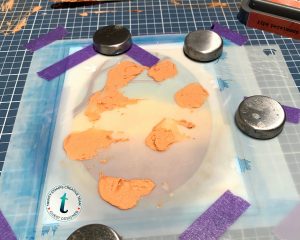 All that was left was to assemble the card’s elements to create this adorable forest scene. The “Thinking of you” sentiment is again from Trinity‘s “Succulent Banner” stamp set, and the 3 gold sequins are from Trinity‘s “Autumn Leaves Embellishment Mix.” 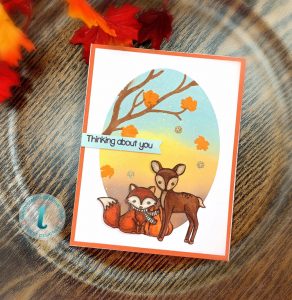 I hope you were inspired to create some fall-themed cards using all sorts of mediums in your craft stash. Thank you so much for stopping by, and don’t forget to check out the Trinity Stamps Shop for more crafty amazingness.

A huge “Thank You!” to Taniesa and the Design Team at Trinity for having me as their guest designer for September.