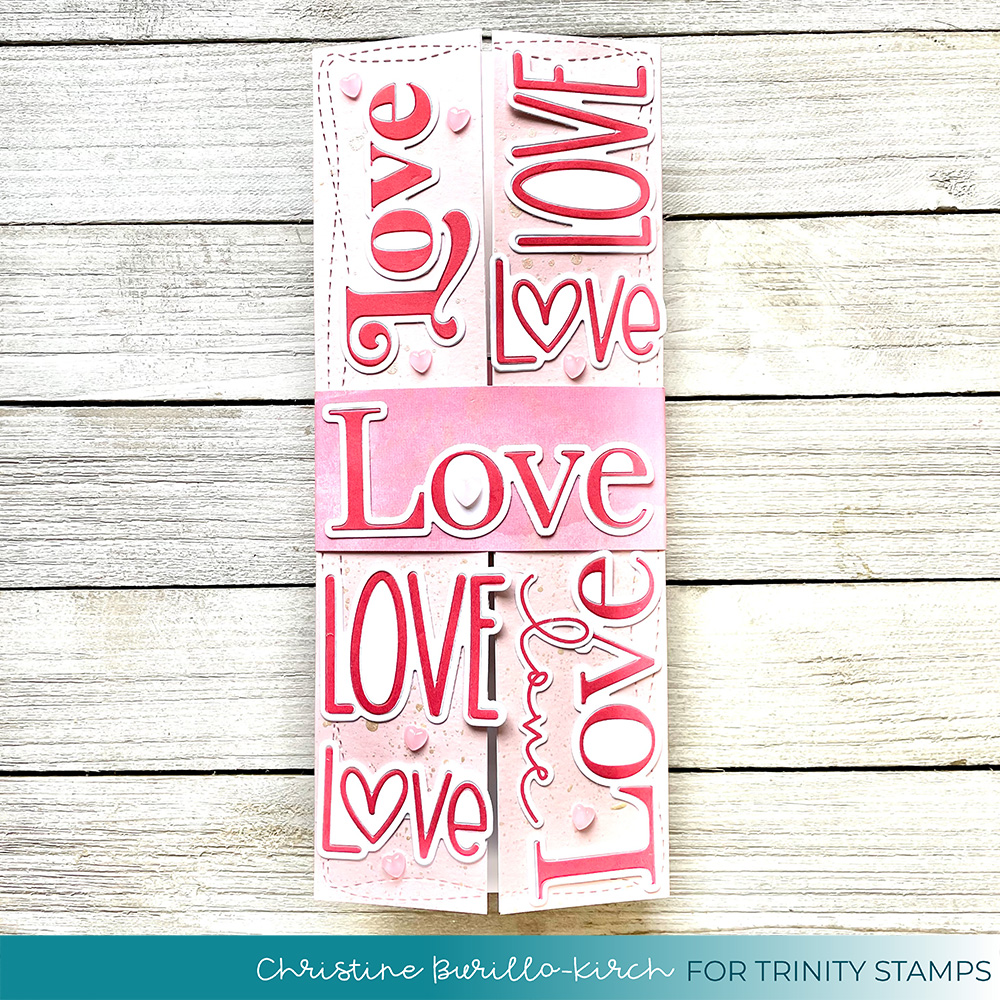 Hello there, Christine here with an interactive gatefold slimline card that has a belly band to keep the card shut until the recipient opens it. I love the way the Simply Sentimental Love stamp is set up and wanted to create a card front that looked a little bit like that- but by using die cuts instead of stamps.

I die cut all the large “love” sentiments with the dies from the Simply Sentimental Love die set out of white and red cardstock and took a lot of time placing them in a pleasing manner on top of a die cut slimline panel that had been cut with the Slimline Wonky Stitched Wilderness die set. The panel was cut out of pink cardstock that I had in my stash and then I simply splattered some white gold acrylic paint on top before adhering all the die cuts. To create the card base, I simply cut 3 slimline panels out of Neenah 110 lb Solar White cardstock (size of two should be 3.5 by 8.5 inches and the third one should be 3 and 3/8 inches by 8.5 inches- just a hair smaller). The smaller panel gets put in the middle and the other 2 normal sized slimline panels should be scored and folding in half. it is probably nicer just to make 2 slimline card bases adhered together with 1.75 inches cut off from the short end of each, but that is how I made this card.

I then used the Here Spore You stamp & die set to create a cute little critter inside with simple copic coloring. The belly band was made using a 1.5 inch by 8 inch piece of cardstock so that it fit easily around the card.

Thank you so much for stopping by- have a wonderful weekend!