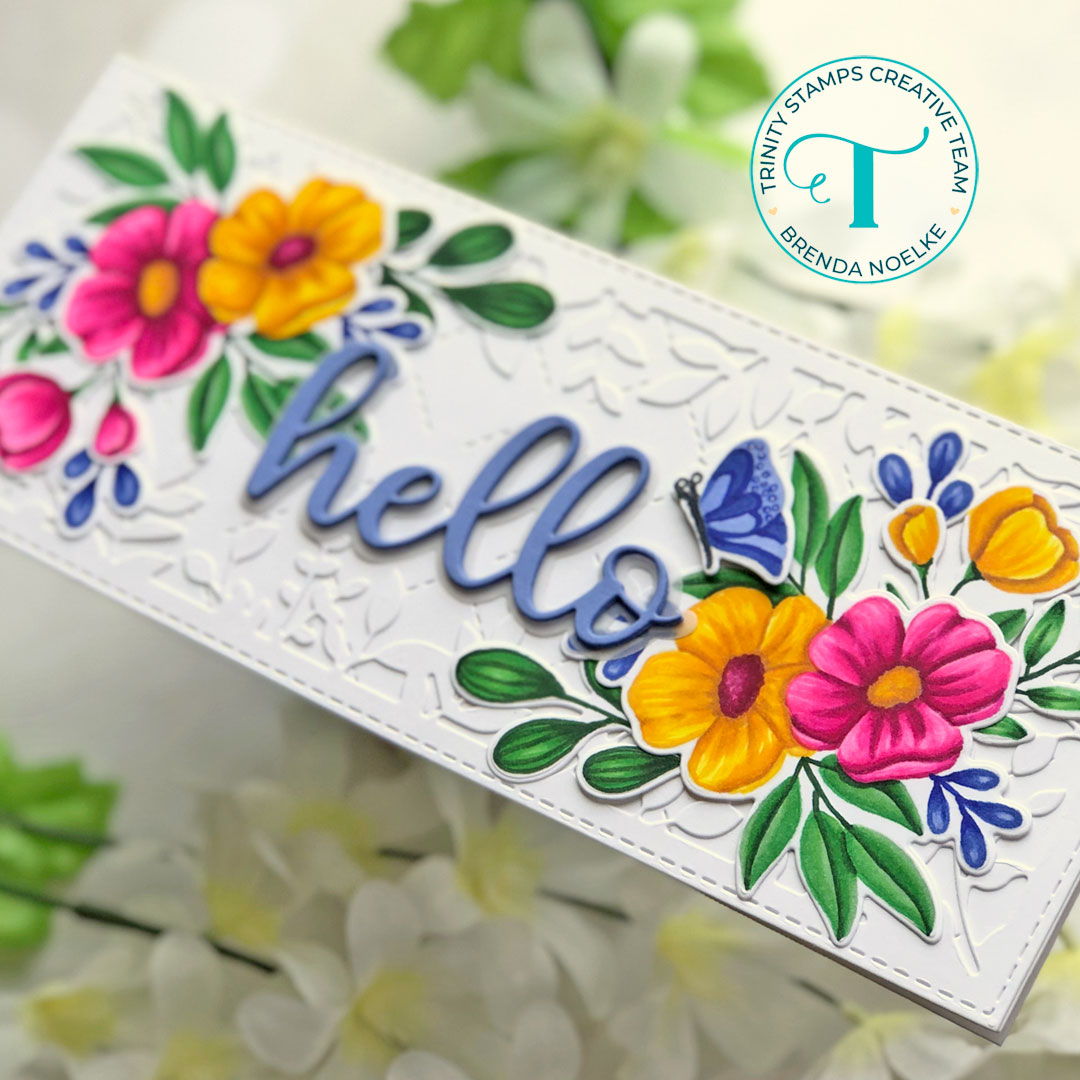 Hello, fellow crafters and cardmakers and happy Friday!! I hope you have some fun plans for the long holiday weekend!! I’m looking forward to spending a relaxing time at the lake!!

I have a floral slimline card to share with you today that combines the new First Bloom Stamp Set with some of my favorite previously released goodies!! You know that I absolutely love florals, so this stamp set was right up my alley!! Let’s get to it!!

I started off by stamping the images in the First Bloom Stamp Set onto white cardstock with InkOn3 Fadeout Ink for some no-line coloring. After coloring them with Copics, I used the Coordinating Dies to cut them out.

Both slimline die-cut panels were adhered to a slimline card base. I ended up die-cutting the sentiment three more times from periwinkle cardstock and layered them together for dimension. The flowers and leaves were arranged into bouquets and adhered together.

The sentiment and bouquets were adhered to the card front with liquid adhesive, while the butterfly was popped up with foam tape.

I really love the tone-on-tone white background with the pops of color!!

Thank you so much for stopping by today!! Wishing you a wonderful holiday weekend!!