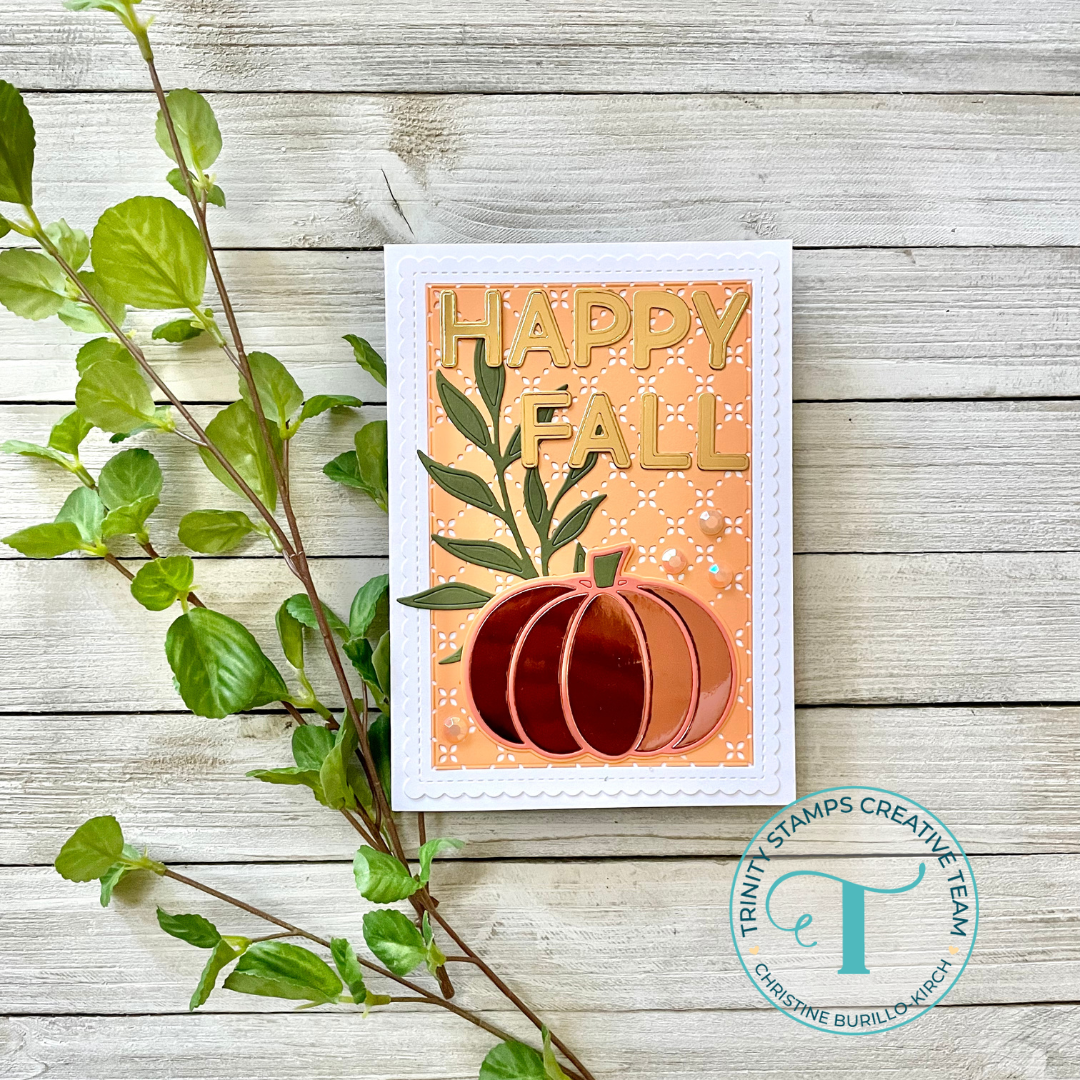 Hello there! I have a fun and not-so-spooky foiled pumpkin card for Day 3 of Sneak Peeks for the Autumn Gathering Release!! The release will be available for purchase on on Tuesday, August 30th!! Today I am using the lovely Ripe Pumpkin Foil & Cut dies! I have some on items on the card that I won’t talk about since they will be shared in the next few days, but they worked so well with the foiled pumpkin that I could not resist using them!

I have to admit that I felt the same way as Brenda, once I received the fall collection items, I just went crazy die cutting, foiling, stamping, so I do not have a process post for you, but I will the next time! Briefly, I foiled the pumpkin using a bronze foil (I don’t have orange foil, but that will have to change- I plan to buy some) and then die cut the foiled pumpkin with the Ripe Pumpkin cut dies. I love the contrast between metallic and subdued shades, so I die cut cardstock from my stash with the same dies to highlight the foiling!

This is an A7 card, I made a 5×7 card base, used the Modern Embossed Alphabet Die Set from the previous release to die cut a sentiment and the A-7 Envelope Builder Die Set (one of my favorite die sets) for the panels (plus 2 extra sneaky items). Trinity Stamps has hands down the best embellishments out there and this release is no exception, I added a few gems from the soon to be released Retro Juice Glass Embellishment Mix to finish the card.

Thank you so much for stopping by- I hope that you are enjoying the sneaks!!!!