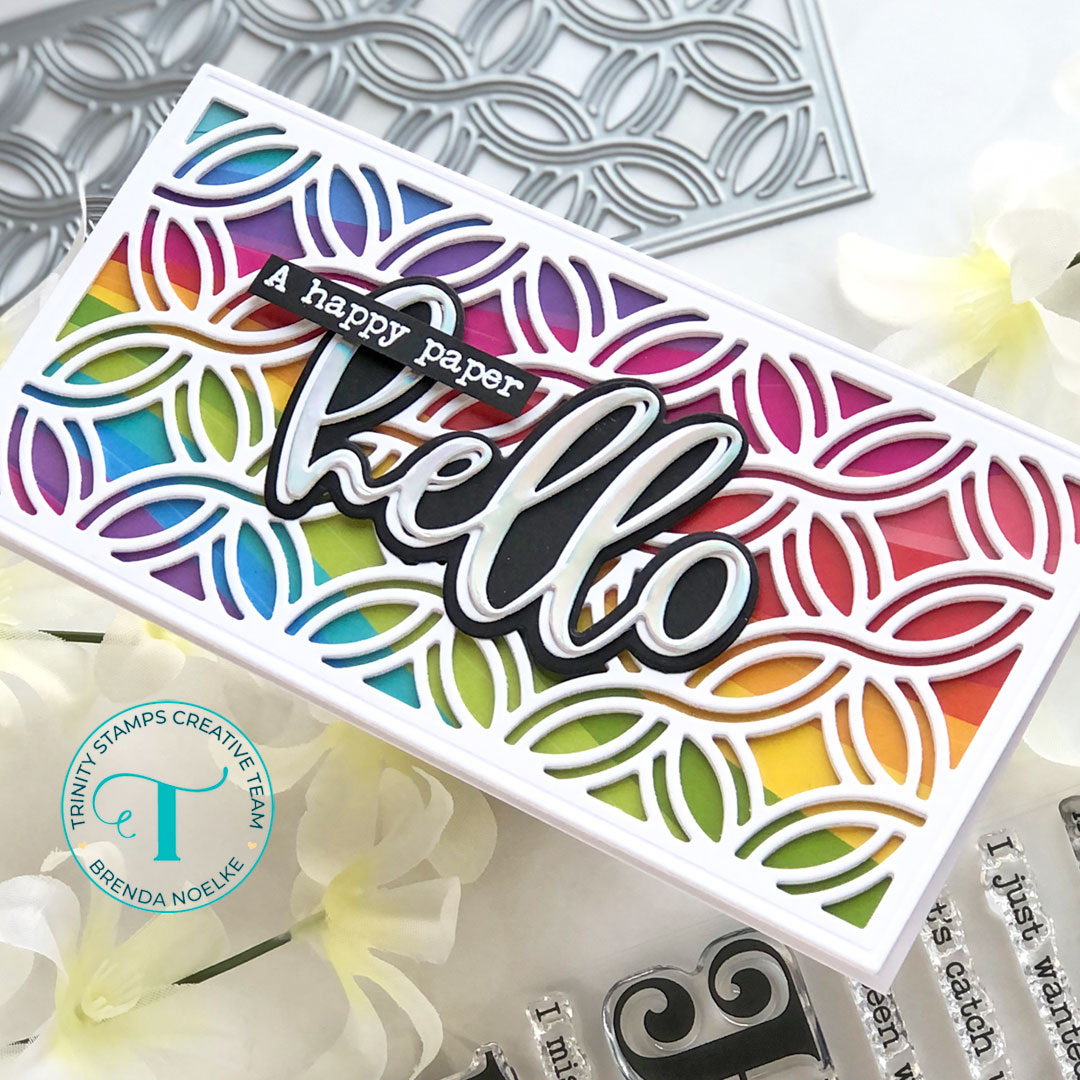 Hey Trinity friends!! Happy Thursday!! I hope you are all doing well!!

I have a mini slimline card to share with you today featuring some of the products from the latest release!!

I began by die-cutting the Mini Slimline Celtic Twist Die three times from heavyweight white cardstock. I also trimmed a piece of patterned paper from the Rainbow Brights Paper Pad down to slimline size.

I adhered the white die-cuts together and adhered them to the rainbow patterned paper, then to a white, top-folding mini slimline card base.

Next, I die-cut the top layer of “hello” from holograhic and white cardstock using the Simply Sentimental – Hello Dies. The bottom layer was cut from black cardstock. I adhered the white layer slightly offset behind the holographic layer and adhered them to the black layer, then to the center of the card. “A happy paper”, from the Simply Sentimental – Hello Stamp Set, was white heat embossed onto black cardstock and trimmed into a narrow banner. It was popped up with foam tape.

I always love rainbow colors with black and white!!

The holographic cardstock adds the perfect amount of shine!!

Who couldn’t use a happy paper hello?!?

Thanks so much for dropping in today!! Have a great one!!