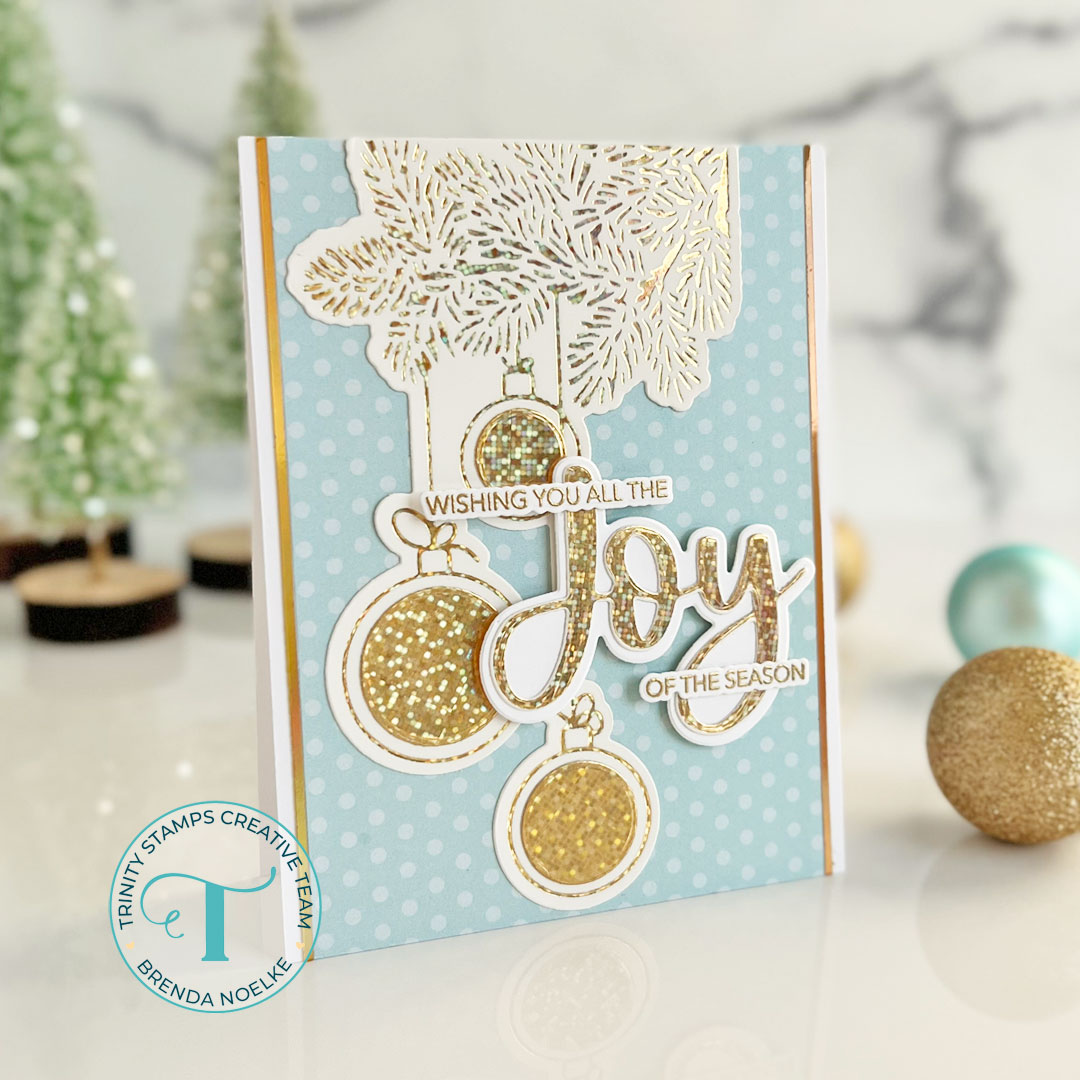 Combining new goodies with older products is one my my favorite things to do!! I love getting the most out of my stash, while also adding to it…ha!!

I began by foiling the Ornament Trio – Cut & Foil Set onto Glimmer Specialty Cardstock with Speckled Aura Foil and my Glimmer Machine, then die-cut it out. I also foiled the left over piece of foil onto another piece of Glimmer cardstock with a solid foil plate and cut the circles included in the set from it.

Next, I foiled the Big Joy Cut & Foil Set onto Glimmer cardstock with the same foil. I die-cut it out and cut the bottom layer from white cardstock.

The rest of the sentiment is from the Sparkle Season Stamp Set. It was gold heat embossed onto white cardstock, then cut out with the Coordinating Dies. I trimmed two narrow strips from gold holograhic cardstock with my paper trimmer.

The sentiment die-cuts were arranged and popped up with double sided foam strips.

I LOVE all of the shimmer from the gold foil and holographic paper!! One more close-up, so you can see the sparkle!!

Thank you so much for dropping by today!! Have a great weekend and I’ll see you next Thursday!!