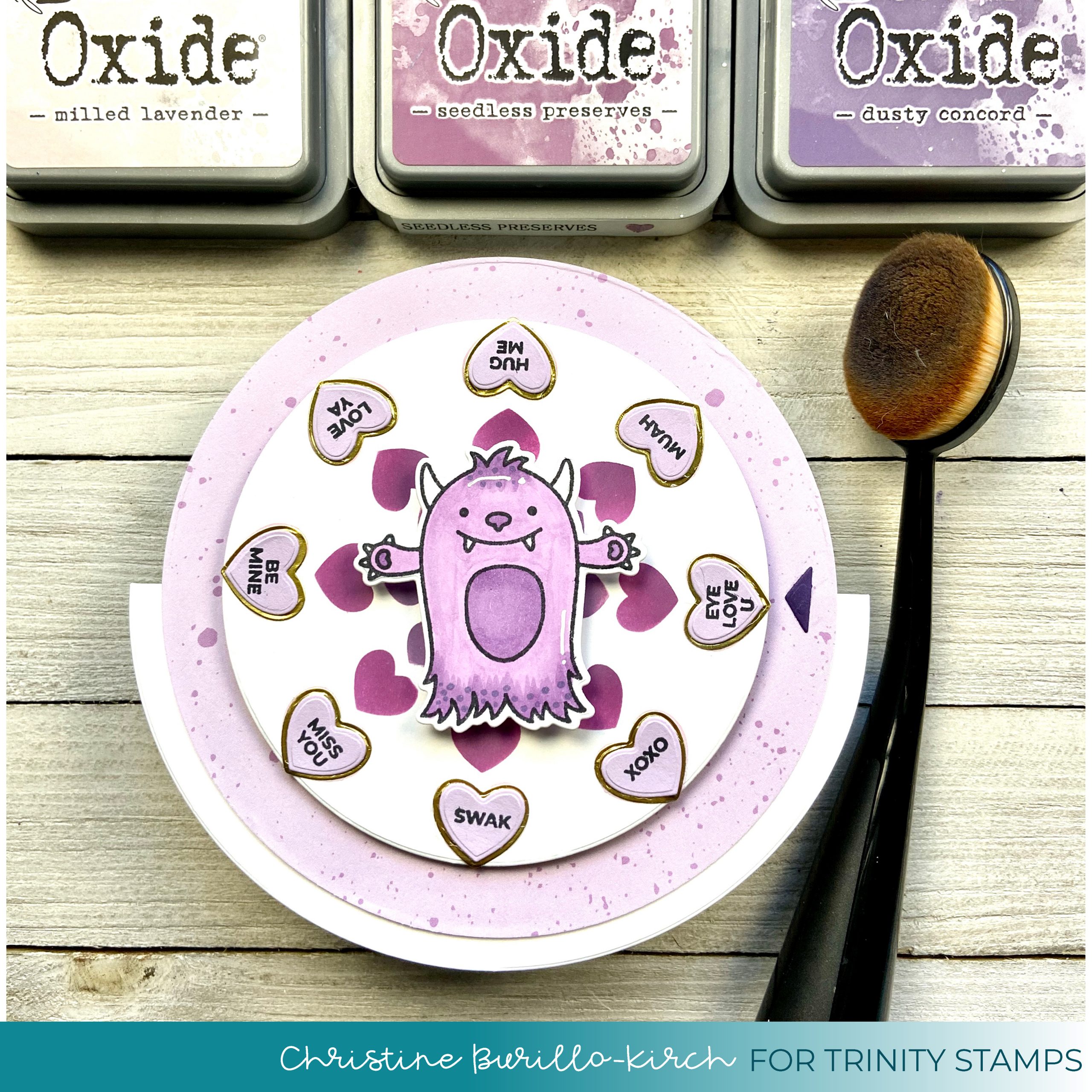 Today I wanted to make an interactive Valentine’s Day card.  I do love shaped cards and don’t feel that I make enough of them.

I stamped the cute monster from the Monster Love stamp set onto Neenah 110 lb solar white cardstock, die cut him with the Monster Love die set, copic colored with and put a few white gel pen highlights on him. I then took a 4 inch die cut circle of 110 Neenah solar white cardstock and ink blended Distress oxide inks milled lavender, seedless preserves & dusty concord with a blender buddy over the Heartburst Layering Stencil.

I die cut hearts from the Slimline Card Series: Frame and Fold Die Set out of lavender cardstock and a large heart out of gold cardstock.  I stamped sentiments from the Monster Love stamp set into the smaller hearts.  I adhered all the hearts onto the stenciled cardstock.

Thank you for stopping by! 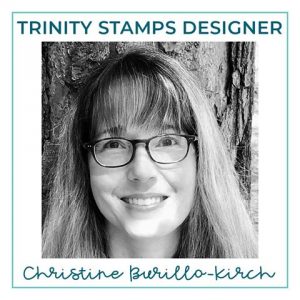