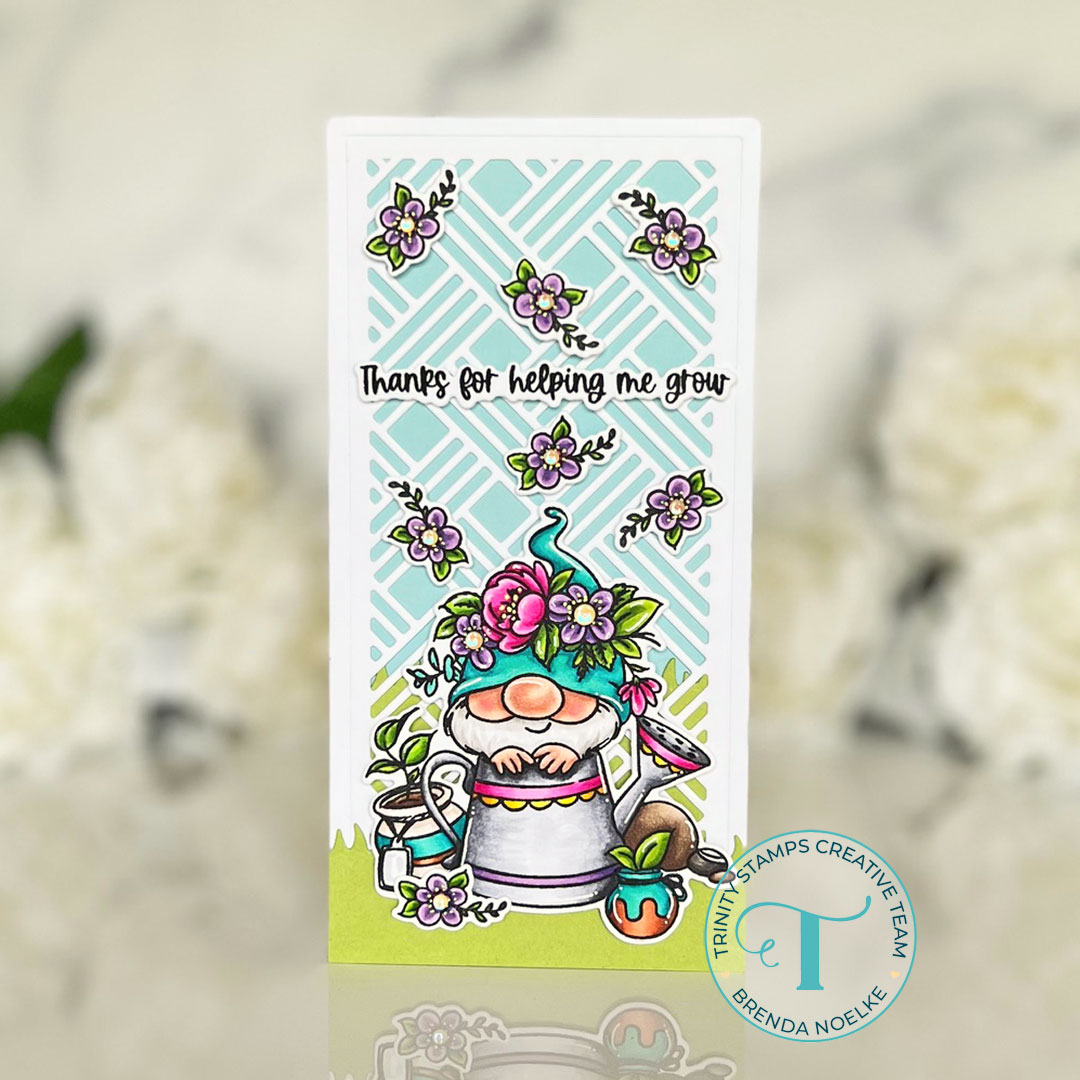 Hello, fellow card makers and crafters!! I hope this finds you all well!!

I have a sweet mini slimline card to share with you today featuring the darling gnome from the Bloom & Grow Stamp Set!! The Mini Slimline Woven Die reminded me of a trellis, so I decided to put this little guy in his own garden! Let’s get started!

I began by stamping the images and sentiment from the Bloom & Grow Stamp Set onto white cardstock with InkOn3 Blackout Ink. Once they were colored with Copic markers, I cut them out with the Coordinating Dies.

Next, I trimmed a light blue piece of cardstock to 3″ x 6″. I die-cut green cardstock with the grass die in the Great Outdoors Borders and Builders Die Set and trimmed two pieces to the width of 3″.

The Mini Slimline Woven Die was cut from white cardstock.

The gnome, pots, flowers and sentiments were all popped up with foam adhesive.

I added some highlights to the colored images with a white gel pen and some stamen to the flowers with a yellow gel pen.

Lastly, I adhered some Sun Glow Dewdrop Baubles to centers of some of the flowers!! They are my favorite to embellish flower centers!!

I just adore this little guy and the flowers trailing up the trellis!!

Thanks so much for dropping by today!! Have a great Thursday and I’ll see you next week!!