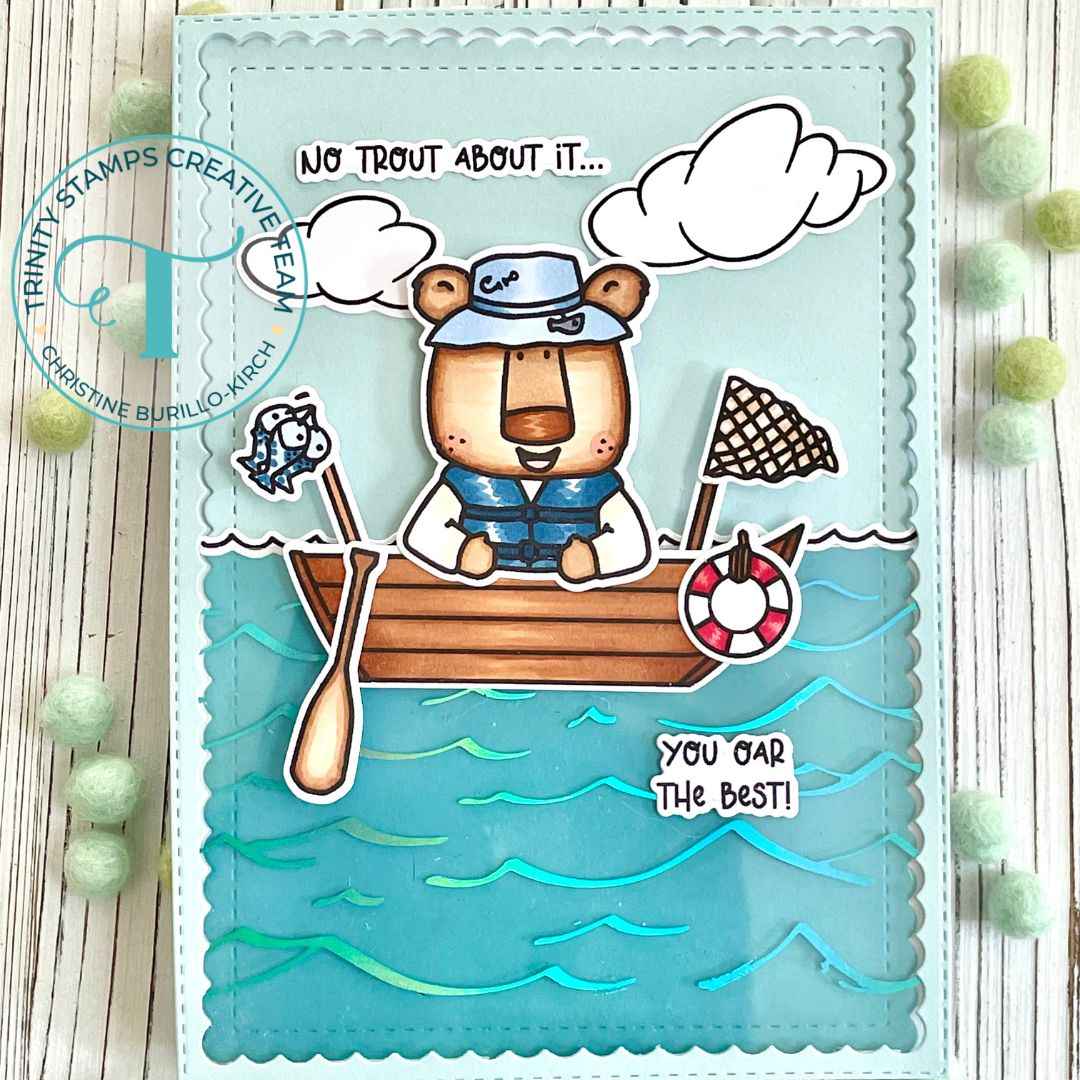 Welcome to sneak peek day 5! I’m showcasing the Cozy Bear Boater stamp & die set; the entire release will be available in the shop on Tuesday June 7th!!! It is an awesome and large release with something for everyone!

I used one of the new hot foil plates that will be released on June 7th along with the Cozy Bear Boater stamp & die.  I chose to make an A7 size because I wanted to make an interactive card in which the Cozy Bear boater could slide back and forth.  I used the foil plate with some speciality acetate (Spellbinders)- I love how it came out!  I then ink blended a background that would work with the foil I used.

Isn’t the bear so adorable? I did some simple copic coloring, truly the foiled waves create so much dimension that I could have the rest of the card be more simple. There are so many details in this stamp set and it is perfect for any Father’s Day card.

Thank you so much for stopping by- I hope that you are enjoying all the sneak peeks! Be sure to stop by on Tuesday June 7th for the reveal of the entire release!