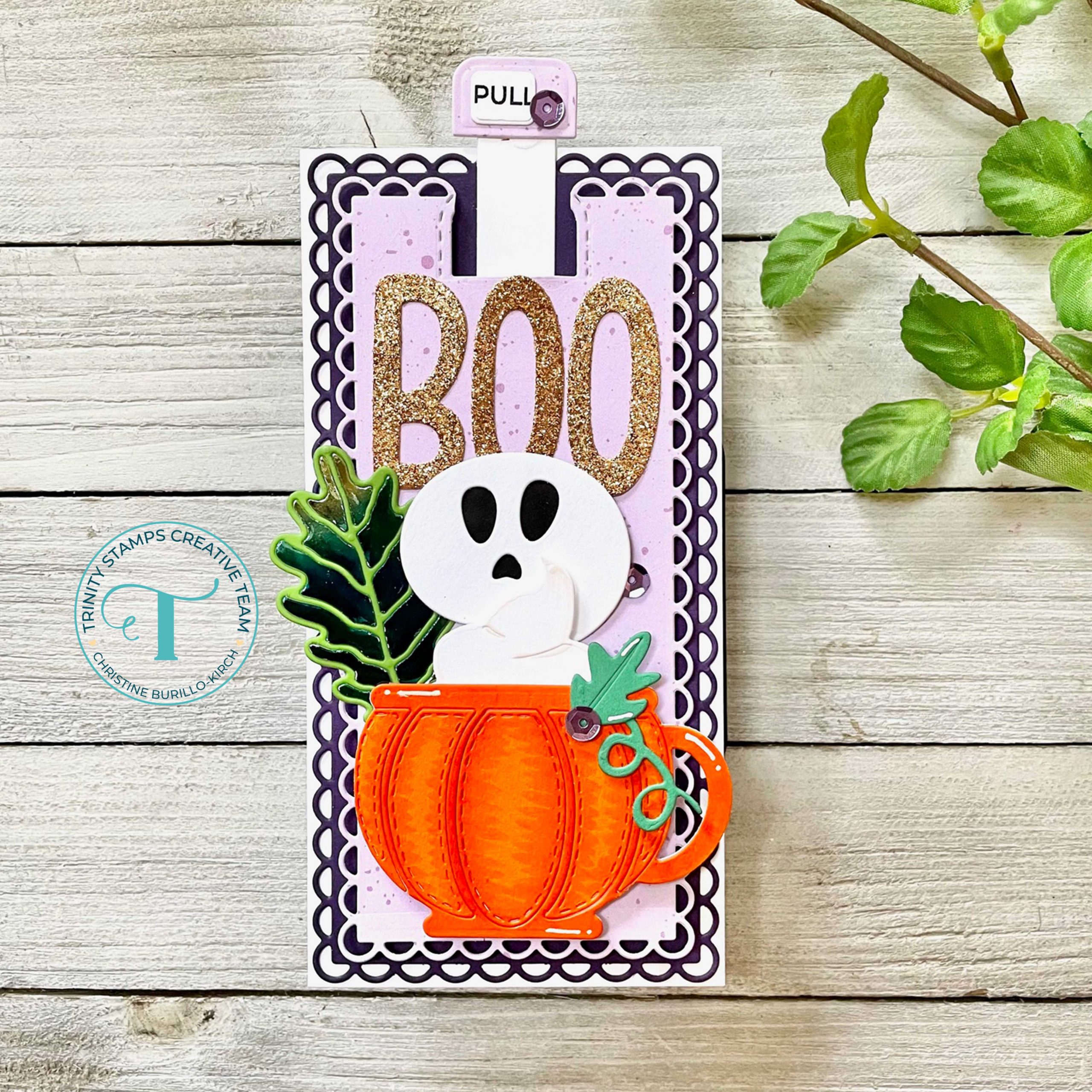 Hello there, Christine here, with an interactive mini slimline card. I love the new Boo Brew die set, such a cute little ghost that I wanted to highlight on this card.

You want to make sure that the slider moves up and down easily, so it is best to place bumpers (foam strips) on either side of the pull tab (see photo above). Adding double sided adhesive foam strips does 2 things- it lifts up the panel off the card base, so that the pull tab can move unobstructed and it contains the movement of the pull tab, by ensuring that it does not move all over the card.

Then I placed the cup in a position to cover most of the ghost, so he is hidden from view. I added the remainder of the details and die cut the sentiment “BOO” out of glitter cardstock with the Marshmallow Alpha dies. Finally I die cut a leaf with the Cut and Foil Oak Leaf die set.

Thank you for stopping by- I hope that you will give making an interactive mini slimline card a try.