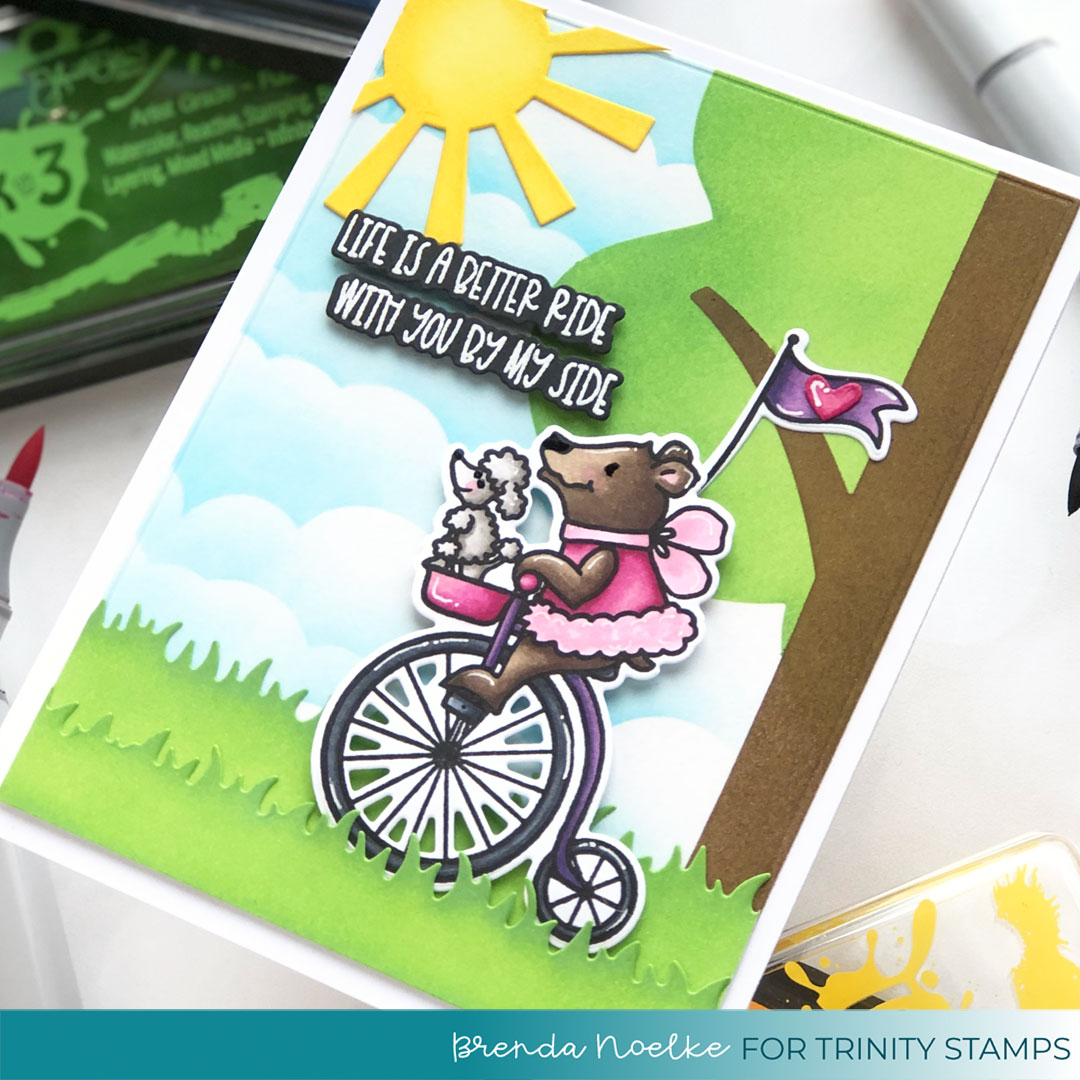 Hello, Trinity friends and happy Friday!! I hope your week is going well!!

I am thoroughly enjoying Spring in the Midwest (on days that it doesn’t rain anyway) and my card that I’m sharing today is an adorable Spring scene!! Let’s get to the tutorial!!

I began by stamping the adorable images from the Circus Bear Stamp Set onto white cardstock with InkOn3 Blackout Ink. After coloring them with Copics, I cut them out with the Coordinating Dies. I die-cut some grass using a die in the Great Outdoors Scene Borders and Builders Die Set and the sun from the Rainbow Funshine Die Set from white cardstock. I used Blending Buddy Brushes to ink the die-cuts with Goddess Green and Bee Sting Yellow inks. The sentiment, also from Circus Bear, was white heat embossed onto black cardstock and cut out with the Coordinating Dies.

Next, I used Blending Buddy Brushes to create the background using the Spring Day Scene Builder and Puffy Cloud stencils on a panel of bristol smooth cardstock. I used Peacock Blue for the clouds and Goddess Green and Twiggy Brown for the tree. I die-cut the panel with the second largest die in the Embossed Edge Rectangle Die Set.

The sun and the grass were adhered with liquid adhesive, then the excess was trimmed from the edges and it was adhered to a white top-folding cardbase. The flag was also adhered flat, while the bear image and sentiment die-cuts were popped up with foam tape.

A black glaze pen adds some shine to the noses and eyes and highlights were added with a white gel pen.

Doesn’t that little pup look like she’s having the time of her life?!?