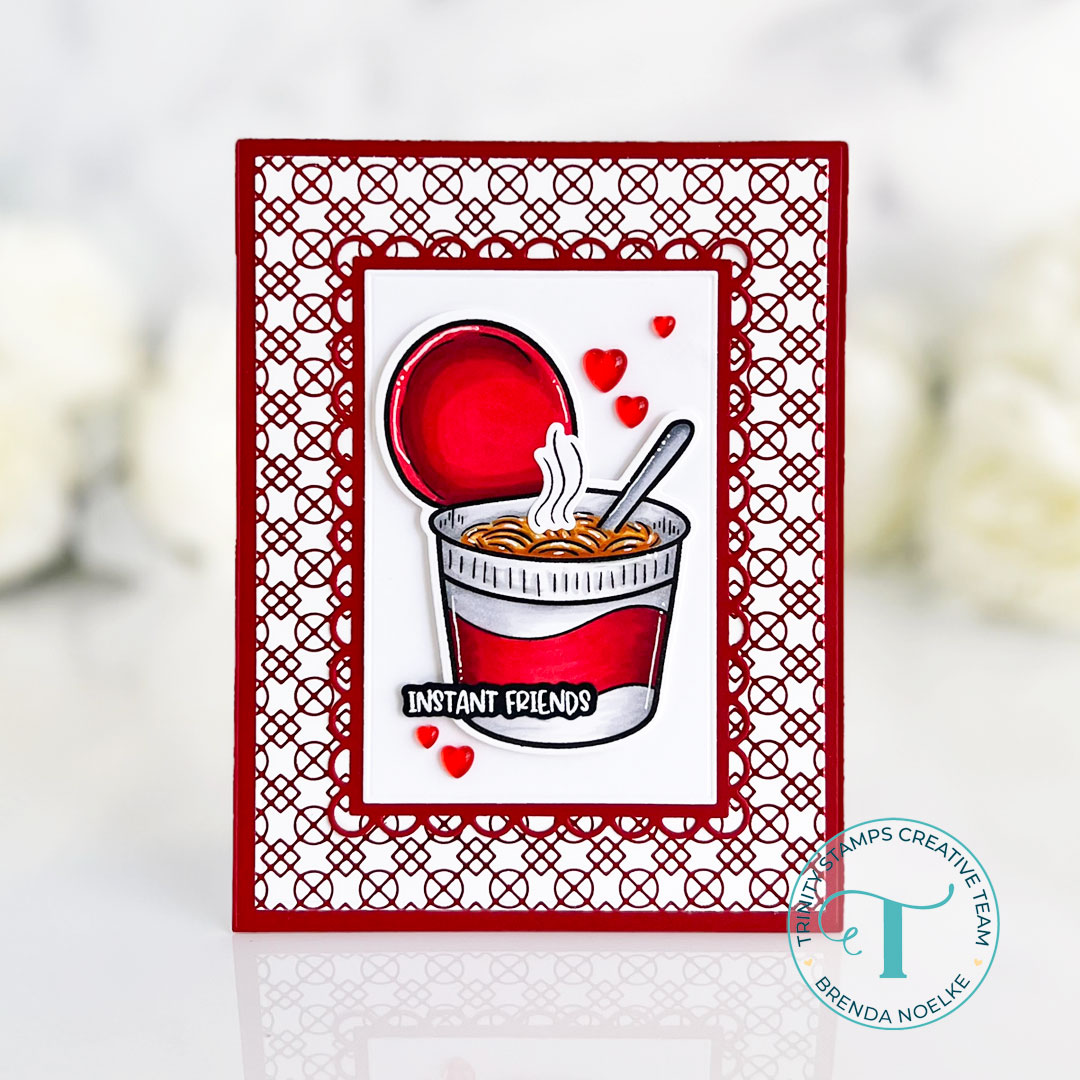 Hello, Trinity friends!! I hope you’re all doing well!! I’m sharing a sneak peek for the fabulous January 2023 Release which will be available on Tuesday, January 3rd!!

I began by stamping the images from the adorable So Ramentic Stamp Set onto white cardstock with InkOn3 Blackout Ink. I colored them with Copic markers, then used the Coordinating Dies to cut them out. The sentiment is from the same set. It was white heat embossed onto black cardstock and also cut out with the Coordinating Die.

Next, I die-cut the third largest Dainty Scallop Rectangles Die from red cardstock and the seventh largest die in the Modern Embossed Edge Rectangle Stack Die Set from white cardstock.

The new Art Deco Dance Hot Foil Plate was foiled onto Glimmer Specialty Cardstock using red foil. It was then die-cut with the second largest die in the Modern Embossed Edge Rectangle Stack. The largest die in the same set was cut from red cardstock.

All of the rectangle die-cuts were layered and adhered together with liquid glue, then adhered to an A2 white card base.

I added some highlights to the ramen with a white gel pen. The Cinnamon Red Hots were the perfect finishing touch!!

Don’t forget, the release goes live on Tuesday, January 3rd!! There will be a fun and inspirational IG hop that you don’t want to miss!!

Thanks so much for dropping by today!! Have a wonderful weekend and I’ll see you next week!!